Jon Shook and Vinny Dotolo have the kind of friendship you dream of. They met each other in Florida while at culinary school before packing up their bags and moving to Los Angeles together. Before you knew it, they had a television series on Food Network—2 Dudes Catering—and have since launched five restaurants (and counting) in the City of Angels. 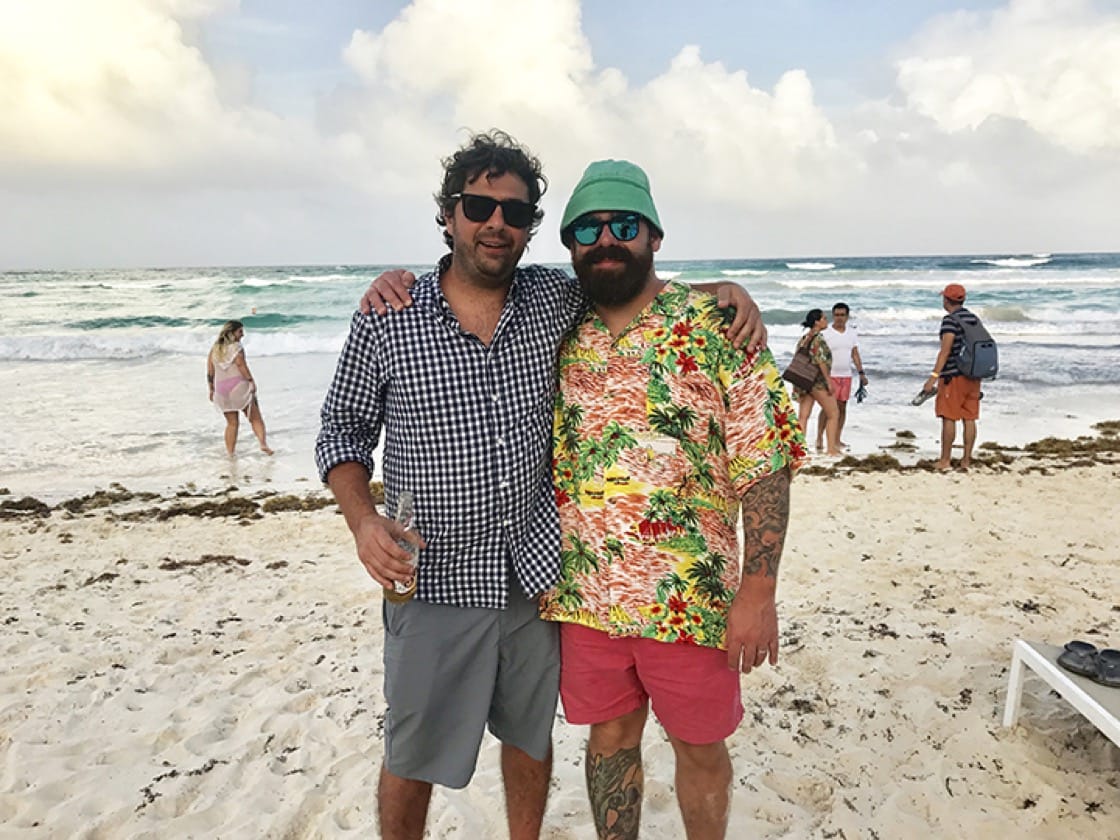 “We’ve eaten and cooked together so much at this point that we kind of have the same taste,” Shook says when asked who eats spicier food while interviewing for 48 Hours in Los Angeles, According to Chefs. The short answer: you can give them one bowl, mild or spicy, and they’ll share it; no problem, no fighting.

At their popular West Hollywood restaurant, Animal, braised rabbit legs frequently grace the dinner menu. Animal celebrates its 10th anniversary this year, an impressive accomplishment for one of the most competitive restaurant environments in the country and one the chef duo is commemorating with a lineup of guest chefs involving mentors and friends for one-night cooking stints from now until December 19th.

(Pro tip: The recipe below features vin jaune, aka “yellow wine” in French, produced in the region of Jura in France. If you can’t find it, you can substitute with one part dry Sherry and two parts dry white wine.)

2. Rinse, dry, and season rabbit with salt and black pepper. Place a flat-bottomed braising pan over medium heat with some oil. Once hot, sear rabbit until golden brown on both sides, then remove from pan.

3. Sweat vegetables in remaining oil for 5 minutes, then deglaze with white wine. Reduce wine by half. Add rabbit back to the pan, along with thyme and bay leaves. Add enough hot water to almost cover the rabbit legs. Cover the pan with a lid and braise in the oven until rabbit is just tender, about 1 hour 45 minutes. Let cool. Strain, and reserve liquid for sauce.

4. Make the Irish Champ: Place potatoes in a pot and cover with cold water. Bring to a low simmer and cook until just tender. Strain the cooked potatoes and run through a food mill or ricer. Melt butter into the hot potatoes, season with salt and stir in the scallions.

5. Make the Vin Jaune Sauce: Sweat the onion and garlic in a saucepan over low heat in oil or butter until soft. Add mushrooms and cook until soft. Add thyme and reserved braising liquid. Bring to a simmer and reduce by half. Add cream and reduce until sauce coats a spoon. Add vin jaune and reduce to previous consistency. Finish with lemon, salt and black pepper.

6. Assemble the dish: Place the warmed rabbit and Irish champ on a plate. Pour the vin jaune sauce over both and serve.