What You Need to Know About Orange Wine

Where did this misleadingly-named beverage come from, and why are both winemakers and wine drinkers curious about it?

No, it’s not a trendy new brunch beverage—orange wine is one of the oldest known styles of wine. In the past few years, it’s become a wine-list darling, cropping up on menus with by-the-glass options or even a full category sandwiched between rosé and white wine. Where did this misleadingly-named beverage come from, and why are some winemakers and wine drinkers so captivated by it?

Orange wine is, in essence, a white wine treated like a red wine: juice from white grapes spends time with the skins, leading to its characteristic sunset color. The term “orange wine” isn’t officially defined, so it can mean different things to different winemakers. Length of skin contact, grape varieties and aging techniques are all open to interpretation. Therefore, in terms of style, “you can do anything you want,” says Doreen Winkler, sommelier and owner of Diamond Sommelier Services. For example, “add an extra layer of texture or richness, or make a full-bodied wine.” And just like red wines, the skins can contribute extra flavors and tannins.

Despite the range, there are a few consistent characteristics in orange wines—notes of hazelnuts, almonds, citrus fruits (even oranges!) and dried fruits are often found in the glass. Most commonly found in red wines, tannins are also present on the palate. Winkler says it’s a versatile wine that pairs with a range of foods: hard cheeses, pork, seafood, sausage and chicken all partner perfectly. Duck also works especially well. 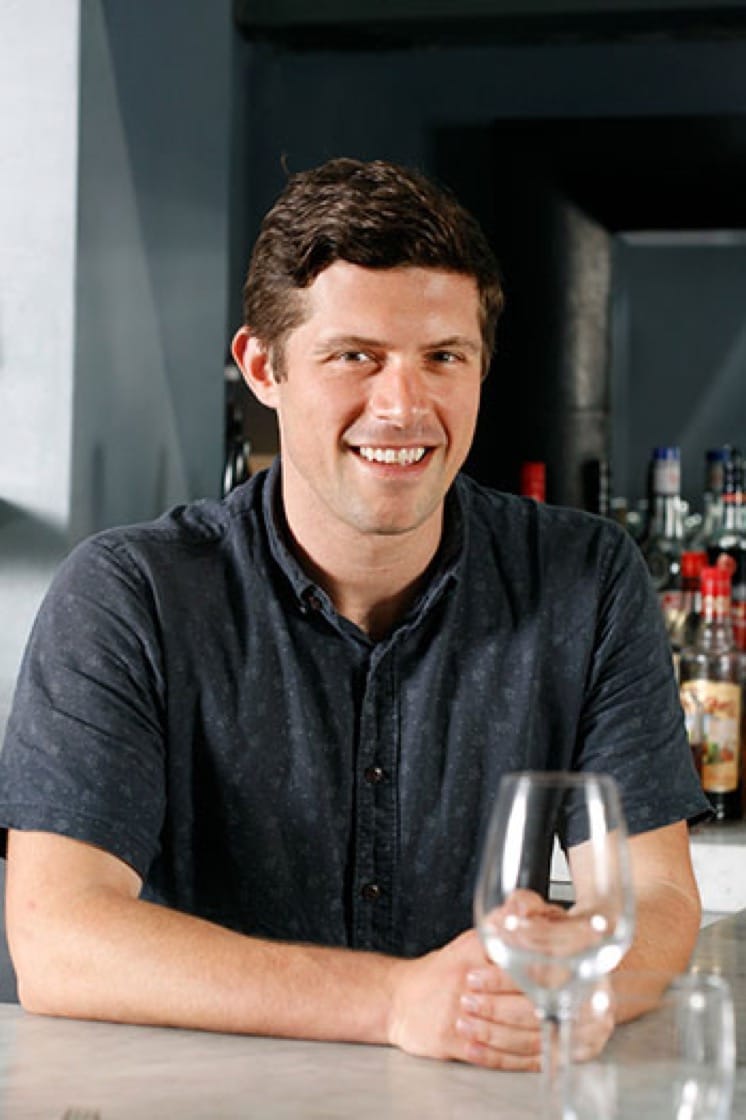 And some winemakers are excited: “It appeals to people who want to do things in a traditional, handcrafted way,” says Joe Campanale, who is the host of Heritage Radio Network’s “In the Drink,” owner/beverage director of Fausto restaurant in Brooklyn and owner and proprietor of Annona wines. One of the traditions Campanale is referring to actually dates back to about “8,000 consecutive vintages” in the Eastern European countries of Georgia and Slovenia. For generations, winemakers there have been aging wines in terra-cotta pots called amphora; buried deep in the ground, the wine matures in the cool, stable temperatures provided by the soil. Today, orange wines are not necessarily amphora-aged, but some modern winemakers are revisiting this method as part of the orange wine ethos.

The opportunity to experiment also intrigues some winemakers, not just in Georgia and Slovenia, but in Italy, Austria, California and elsewhere. “Every winemaker at some point learns what to do from someone,” says winemaker Steve Clifton of Palmina winery in Lompoc, California. “Whether going to UC Davis, or learning from someone you apprentice under, that sort of thing. When you start doing experiments like this, it teaches you what you can do instead of what you’re told you have to do. I think that opens up a lot of possibilities.”

With that being said, it needs to be mentioned that a lot of orange wines aren’t the vinous equivalent of sunshine and lollipops for all wine drinkers. “There tends to be an overlap between the orange wines and the so-called 'natural wines' categories,” suggests Master of Wine and editor-in-chief of Robert Parker's Wine Advocate, Lisa Perrotti-Brown. “Both categories are enjoying a renewed interest, for sure, but when dogmatic approaches to winemaking take precedent over producing fault-free wines that emphasize vine and terroir, many consumers walk away from an orange wine experience scratching their heads. I’m all for experimentation, but not at the wine drinker’s expense. It's important to remember the wine drinker when making or selling these let’s-see-what-happens wine styles in which quality, faultlessness and style are very difficult or impossible to achieve. Zealots can have a tendency to bully unsuspecting new wine consumers into buying them only to have their confused patrons walk away questioning not only their interest in whatever they were made to buy, but their very love of wine.“

Nevertheless, there's no denying that wine drinkers are curious about orange wines. But does that mean that orange wines are here to stay? Winkler thinks it’s a growing category that will have a bigger presence on wine lists. Clifton thinks the pendulum will eventually swing back in the other direction if the style becomes too popular, explaining that “every generation of winemakers needs to find its niche...[they] have to buck what has become status quo.” Campanale, however, sees it remaining a curiosity.