“I think food is what brings us all together,” says Thomas Chen, chef and owner of Tuome in New York City’s East Village neighborhood. “It’s a universal language. I think for me it’s a way to communicate and express myself.”

Like many chefs, Chen recalls cooking at an early age. “My parents worked a lot of hours and I was always the one that was cooking dinner for my family.”

Chen first became became an accountant. “I didn’t know what else to do, so accounting was something that I pursued because that’s what my parents wanted me to do,” he says. Then, over a Memorial Day weekend, Chen was sitting on the beach feeling unhappy about his career path; he knew he needed to make a change. The next day, he took a risk and enrolled in culinary school, trading in his steady job for a new career involving being on your feet all day and working 60-hour weeks. “But I think when you love cooking [and] the working part, you look past that.”

Chen’s first kitchen job was externing at Jean-Georges Vongerichten’s flagship two-Michelin-starred restaurant in Manhattan. He then moved on to Eleven Madison Park. “That was the core of my training,” he says. Wanting to show his creative side and put his own food out into the universe, Chen opened his first venture, Tuome, in 2014. “I never really felt ready to open a restaurant, but I don’t think anyone in their right mind is ready to open a restaurant.”

The menu, which features dishes like braised duck and daikon radish on brioche, chicken liver mousse with New York maple and milk bread, and Berkshire pork for two, is a blend of the flavors of Chen’s childhood and classical French techniques. “I wanted my food to represent New York and how people eat in New York,” he says. “It was important to take my heritage into my cooking.” 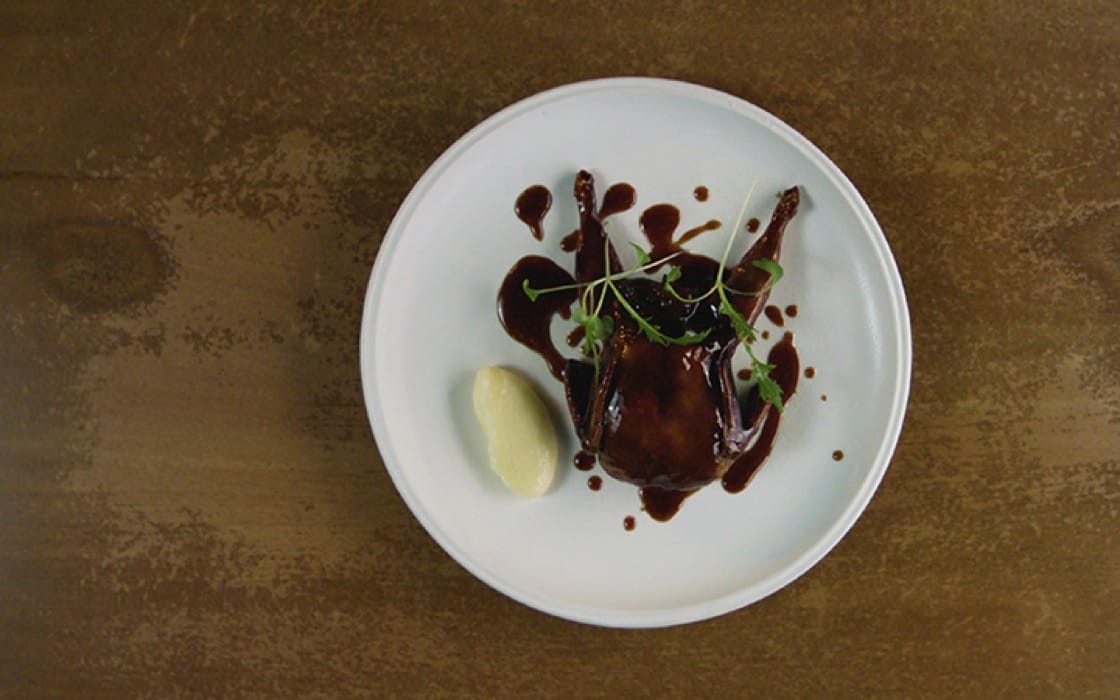 “I think for me it’s about creating an experience,” he continues. “I think it’s important for dishes to be unique and also having different textures and the balance of flavor, which completes a dish. So when you eat something I want you to have that feeling of not only just that it’s good but it’s amazing.”

Tuome received its first Michelin star in the 2019 New York City guide—Chen didn’t think it was possible. “We’re always looking for ways to improve and elevate ourselves. And we’ll never change that. To think back 10 years ago, looking at the MICHELIN Guide, and now to be one of the restaurants on the list? It’s crazy to me. I think my former accountant self would be very proud that I had the courage to pursue my dream.”