“Middle Eastern eateries are popping up faster than you can say ‘labne,’ but Miss Ada stands apart from the pack,” say Michelin inspectors of Tomer Blechman’s charming eatery in Brooklyn’s Fort Greene neighborhood.

The Bib Gourmand-designated establishment has become a standby in the borough and beyond since its opening in the spring of 2017, much thanks to Blechman serving up crowd-pleasing favorites like baba ganoush with ginger aioli and eggplant chips, kofta kebabs with baharat and harissa, and sweet potato hummus with crème fraîche and smoked paprika oil.

WATCH: Behind the Bib: Miss Ada
A variation on the traditional dish, Blechman omits chickpeas completely from his sweet potato hummus, resulting in a beautiful and vibrant dish having a fluffy texture. It always graces the Miss Ada menu. “Sweet potatoes have been essential for fall and wintertime, but it's become so popular that it's being kept on the menu [all year-round],” he says. “[They’re] versatile in a way that makes the dish both sweet and spicy.”

Here’s how to make it at home. 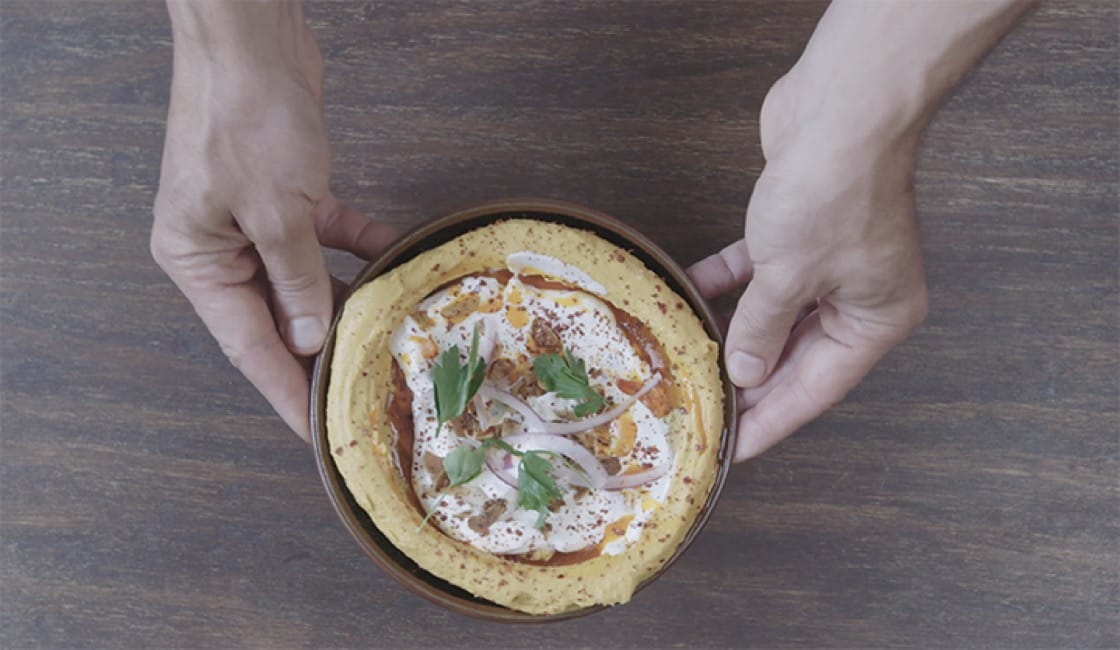 1. Make the hummus: Cover sweet potatoes with water in a large pot and boil until tender. Remove the skins from the sweet potatoes and discard, transfer to food processor and pulse with the tahini until smooth.

2. Make the paprika oil: Place the paprika and canola oil in small pot and bring to a simmer; remove from heat and let cool. Strain into a squeeze bottle and reserve.

3. Make the crème fraîche: Combine the diced red onion, garlic and crème fraîche in a bowl; season with salt and reserve.

4. To serve, plate the hummus and create a nest; place the crème fraiche mixture in the middle. Top with some almonds, sliced onion, a drizzle of paprika oil and the Aleppo pepper flakes. Serve with pita or sliced vegetables.