“New Year, New Me,” is the common catchphrase heard ‘round the world come January 1—the time is now to stock your pantry and refrigerator with healthful groceries.

Though it’s easy to turn to comfort foods—especially when the temperatures dip below zero—there’s no reason not to make something that’s light and equally delicious.

Jean Joho, who has helmed the kitchen at one-Michelin-starred Everest in Chicago for over three decades, lightens traditional French fare by keeping things simple and using local ingredients.

One of his favorite dishes is sole petite grenobloise, a classic preparation where delicate sole fillets have been seared and served in-the-style of Grenoble (a city in southeastern France).

Below, Joho shares his recipe—perfect for your road to wellness. 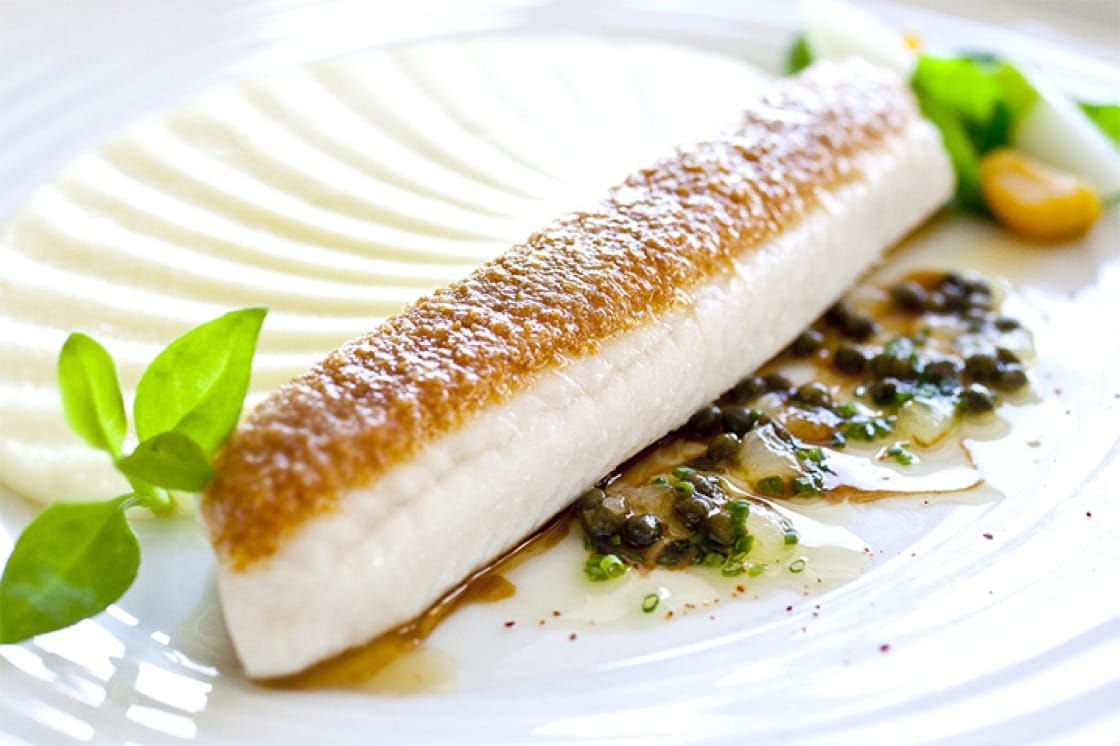 2. Heat the oil in a large skillet over medium-high heat until shimmering. Meanwhile, coat a fish fillet in the milk on both sides; remove and season with salt and white pepper. Dredge the fillet in the flour, tapping off excess. Repeat with the remaining fillet. Add fillets to the pan and sauté until browned, about 3 minutes per side. Transfer each fillet to a warmed serving plate.

3. Wipe the pan clean and place over medium heat. Add the butter and cook until melted and starting to brown, about 1 minute. Stir in the capers and suprêmes. Remove the pan from the heat and stir in the lemon juice. Spoon the sauce over the each of the fillets, garnish with the parsley and croutons, as well as blanched seasonal vegetables, and serve at once.