Making Champagne: A Year in the Life of a Chef de Caves

The Chef de Cave, or cellar master, who is charge of the Champagne-making process, shoulders heavy responsibilities behind the bubbles.

As Dominique Demarville, the 10th chef de caves at one of France’s storied Champagne brands, Veuve Clicquot, says, “Working with the nature makes you down to earth.”

Demarville’s Champagne-making journey began in the summer of 1985 when he first worked on a vineyard. From there he went on to learn the trade, from growing grapes to subsequently earning a wine-making diploma at the University of Burgundy, Dijon. Joining Veuve Clicquot in 2006 gave him the golden opportunity to apprentice with the best. He came into his own after three years under his predecessor, and has since taken charge of a prestigious Champagne cellar that is two centuries old.

The chef de caves is the brain of a cellar, as well as the gatekeeper of the Champagne’s quality. According to Demarville, “We’ve got different harvests every year. To maintain a consistent flavor and standard using grapes of various qualities is a process that I find very romantic and artistic.” 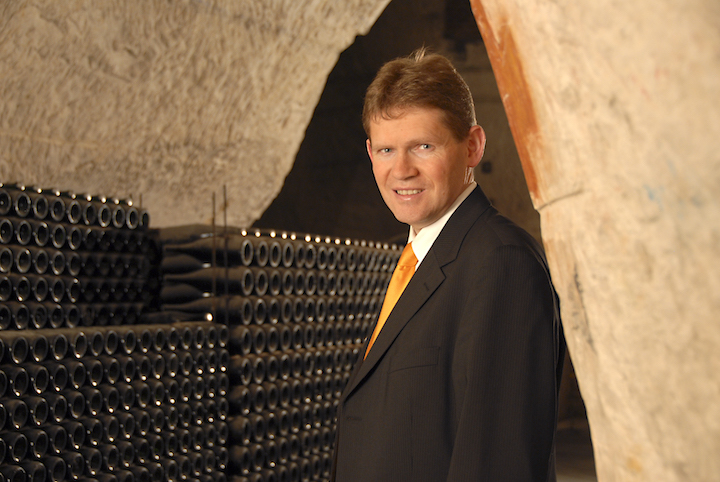 A chef de caves’ working cycle is action-packed, and it begins in September of every year. The vineyard of Veuve Clicquot is 390 hectares, occupying 12 of the 17 Grands Crus vineyards, and 20 of the 44 Premiers Crus vineyards in the Champagne region of France. As the harvest season takes place across massive fields, Demarville finds himself all over the estate.

“We work every day from 6 a.m. to 10 p.m. during that period. I would first oversee harvesting at the field, then check in with the pressing centers to find out the juice’s quality,” Demarville says.

There are six centres du pressurage at Veuve Clicquot to extract juice from the grapes. Typically, the harvest of grapes produce 2,550 liters of juice, in which 2,050 liters are of Cuvée quality (first-pressed and best juice), and the rest being Taille (a lower level). At this stage, Demarville pays extra attention to the characteristics of the grape. 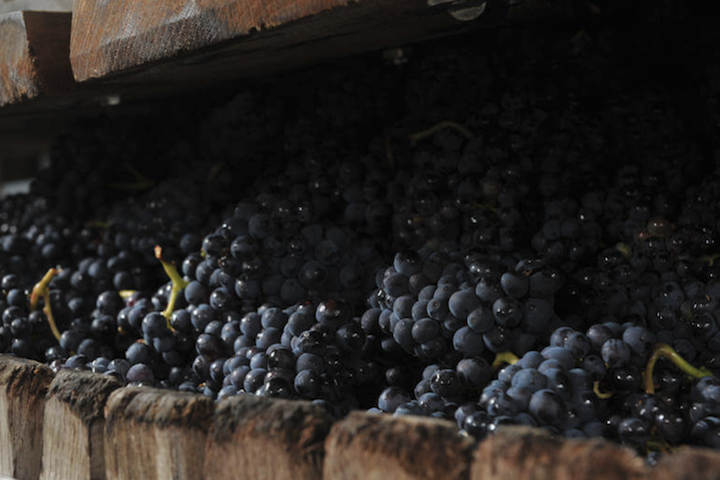 The juice from freshly-harvested grapes are squeezed in the pressing centers.

“Nature decides the quality of the grapes at any given year because weather plays a crucial part in their maturing time. As winemakers, we need to follow the tempo of the nature and make corresponding judgments to get the best out of the harvest. That’s why we spend so much time out in the fields during harvest season. You don’t get more down to earth than that,” Demarville notes.

The pressed juice would be left to stand for 15 to 24 hours to let the sediments settle. Then it goes through fermentation with the addition of enzymes at 16°C (60˚F).

“Everything begins at the vineyard. It’s crucial to have grapes of the same standard. The following step is just as important. We need to ferment the wine under controlled conditions to avoid unwanted tastes from developing. It demands a lot from the equipment and the winemakers’ knowledge. Fortunately, I have a wonderful team,” Demarville says. 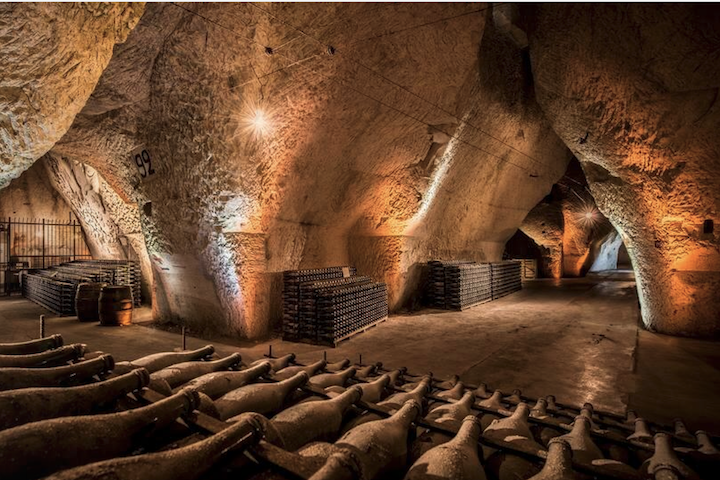 Step into the Champagne cellar.

The primary fermentation process takes eight to 10 days to yield a Brut (driest of bubblies) of around 11% alcohol. This initiates the ceaseless wine tasting sessions that Demarville and his team have. As he broke it down, “I supervise the fermentation process from 7:30 a.m. to 8:30 a.m., and we taste the wine two to three times every day. From here we deduce the characters of the wine and decide the approaches for secondary fermentation and co-fermentation. It’s also the time to meet local grape producers and understand how they work.”

At Veuve Clicquot, Demarville leads a team of 12 in the wine-tasting process. After primary fermentation, they reach a verdict to develop the wine into a Vintage or Cuvée, or scrap the batches that are not up to the brand’s standard. If the grapes turn out especially well in a particular year, a Prestige Cuvée could be in production under the decision of chef de caves and the brand owner. 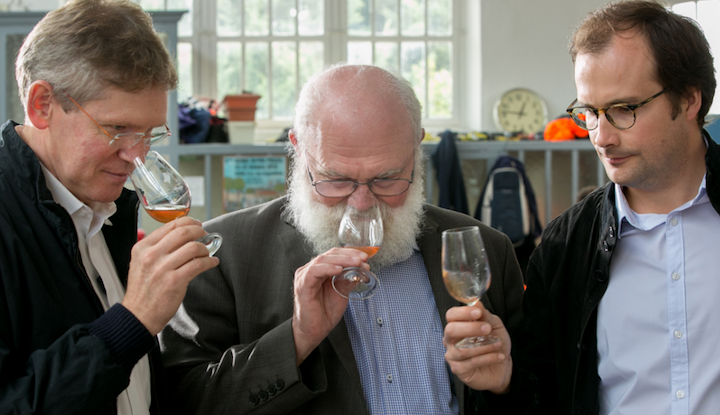 Dominique (left) tasting the wines with other winemakers.

Another significant task for the chef de caves is directing co-fermentation. On this, Demarville noted, “The variety of the grape makes all the difference in co-fermentation. Our whole team created the Yellow Label after trying lots of different wines that have undergone primary fermentation and vintages of 10 or 20 years. Every step, from bottling to transportation, is taken seriously. The process is technical, but also poetic—the wisdom is inherited by one chef de caves from his senior.”

March to July: Preparing for the New Beginning

Now the time comes for Demarville to present his hard work to the market in March. As one cycle is drawing to a close, the next one is on the horizon.

“Every month during this period, I would go abroad for one of two weeks to stay connected with the global Champagne market. In addition, I would taste old vintages to explore new blending possibilities, and get an update on the setup of the vineyard and cellar in preparation for the coming harvest season.”

This story was originally written by Tang Jie and translated by Vincent Leung. Click here to read the original version of this story.