In addition to announcing the new starred restaurants, the launch event for the MICHELIN Guide Great Britain and Ireland 2020 saw three special awards being presented. Up first, was the Michelin Sustainability Award, which was presented to Enda McEvoy of Loam in Galway, Ireland.

Sustainability has become a buzzword for most businesses in recent years, but while many may advocate it on their websites and social media accounts, there are few who really see it through in every aspect of daily work. 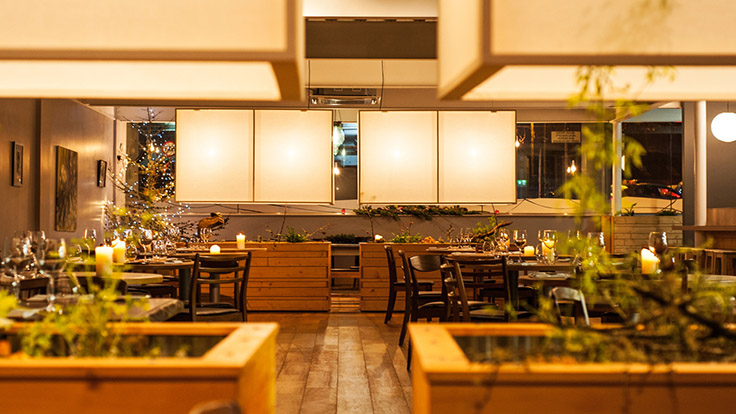 One such chef is Enda McEvoy, who hails from Ireland's County Cavan. Prior to opening Loam he worked under J.P. McMahon, helping Aniar earn a MICHELIN star in 2012. A year later, he moved on to open his own place with his wife—and Loam entered the MICHELIN Guide in 2016 with one MICHELIN star.

In the same year, Loam was also the first independent restaurant to be awarded the top rating of three stars by the Sustainable Restaurant Association—who assess "Sourcing, Society and Environment:" that is to say, the food on the plate, the relationships established with people and the impact on the planet.

Many restaurants strive to be sustainable, making conscious and concerted efforts along the way, but for McEvoy—who really goes above and beyond—it seems to be much more organic and part of his natural thought processes.

The name of the restaurant is the first clue as to McEvoy’s commitment—a reference to the rich, fertile soil of the area—but much more is quietly going on behind the scenes.

McEvoy was one of the first chefs in Ireland to really make a point of championing natural ingredients; building personal relationships with his suppliers to ensure the quality of his produce. In order to reduce food miles, he only uses ingredients from the west of Ireland and places great emphasis on foraging. As such, his menus are fiercely seasonal, with the ingredients informing and inspiring the kitchen team’s dishes. 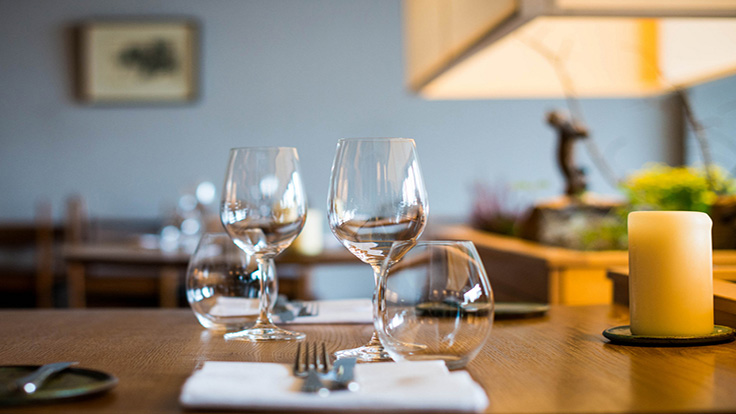 Food waste is avoided by keeping menus concise and using preservation techniques to lengthen the life of surplus ingredients—and the team’s skill and in-depth knowledge of flora and fauna mean that every possible part of each plant and animal is put to good use. Any unavoidable waste is then composted to help the growth of future crops.

The cooking is a mirror of McEvoy’s sourcing philosophy, with the creative, original dishes having a well-judged simplicity in order to let the natural flavors shine through. Vegetables are used to great effect, with some subtle acidic contrasts provided by the use of the aforementioned preserved ingredients. The fully open kitchen allows diners to see the intense focus from both McEvoy and his team and their pride is palpable as they deliver the dishes to the table.

So what did a shocked and somewhat lost-for-words McEvoy have to say when he was interviewed on stage after being presented with the award? 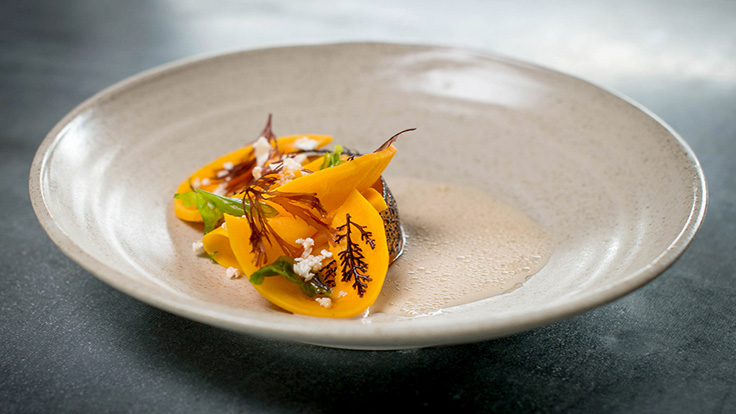 What inspired you to follow this path?
It’s the only way to go really, isn’t it? Because we’re all facing an imminent crisis. We all have to be mindful that as as leaders in the industry people take notice of what we do, so it is our responsibility to lead the way.

What are the major challenges that you face?
Everyone faces challenges every day—and ours are just the same as everyone else’s. When you embrace this way of working, you just have to approach them a little bit differently. We work very closely with our farmers; they’re all good friends of ours and they know what we want and understand our way of working. 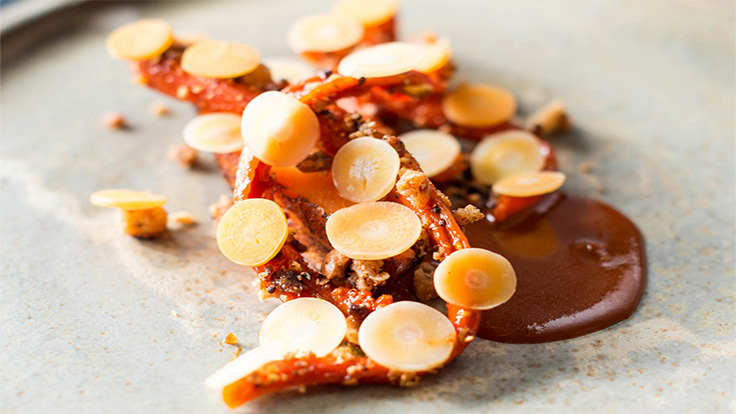 What advice would you give other restaurants?
Simply be more mindful of what you do: how you work, how you approach your ingredients, and how important your ingredients and your suppliers are.

The award was presented by Kate Nicholls, CEO of U.K. Hospitality, who partners the award. Speaking about the consumers of today, she emphasized that, “responding proactively to the climate change challenge will change not only the food we eat and the way we eat it, but also the way in which we do business. Endo McEvoy has certainly embraced this challenge—and we hope to see many more chefs following in his footsteps and getting involved in whatever way they can to improve the sustainability of the restaurant industry."