MICHELIN has unveiled an especially appetizing selection in its MICHELIN Guide Kyoto-Osaka 2020. Two restaurants in Kyoto have been promoted to three stars, bringing the total number to eight establishments with the MICHELIN Guide’s highest honor. In Osaka, consistently high rankings are showcased by two of the city’s three-starred establishments, which are celebrating a decade at the top.

“Year after year, Kyoto and Osaka have demonstrated they are world-class gastronomic destinations and our inspectors are the privileged witnesses of the exceptional culinary scene of these two cities," says Gwendal Poullennec, international director of the MICHELIN Guides. "Rankings have risen spectacularly in Kyoto, with two new three-star restaurants and two new two-star restaurants, while Osaka stands out for the number of venues appearing in our selection for the first time: 26 restaurants—including 10 starred establishments—that offer an increasingly wide variety of cuisines.” 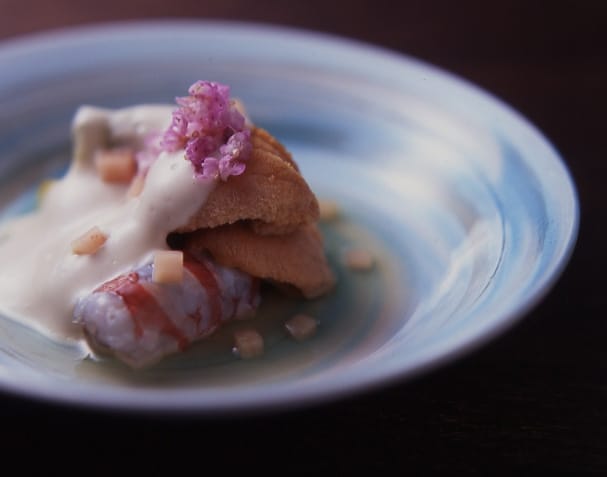 The cuisine at newly-minted three-MICHELIN-starred Gion Sasaki in Kyoto. (Photo courtesy of Gion Sasaki.)
Kyoto sees a total of eight three-star restaurants, two of which have just been promoted. With its brick oven baking, Gion Sasaki offers original and creative dishes that go beyond the bounds of Japanese cuisine, while the elegant cuisine of Maeda follows tradition and values seasonal high-grade ingredients.

Among Kyoto’s 22 two-star tables, Otagi's ranking has been restored after the restaurant moved into the chef’s grandmother’s former home. Shimmonzen Yonemura was also promoted in recognition of its exceptional cuisine, blending Japanese and Western ingredients and techniques.

There are 78 establishments in Kyoto awarded one star. Eight of them are new, and each one has set itself apart in its own way. Bini is renowned for its fermenting vegetables; Higashiyama Yoshihisa features rich creative dishes; Ito offers delightfully balanced French and Japanese cuisine; Kamanza Nagashima is run by a chef who used to be a teacher at a nutritionist school; Kyoryori Fujimoto is known for its signature abalone dish; Oshikoji Okada serves up perfectly-prepared kaiseki cuisine; Vena offers a lovely Italian touch; while Sushi Rakumi belongs to the same owners as the three-star Gion Sasaki.

The 2020 selection devoted to Kyoto also includes 100 Bib Gourmand restaurants, 21 of which are newly listed. MICHELIN inspectors honored a total of 208 tables, as well as 29 ryokans and 30 hotels.
Advertisement
Advertisement 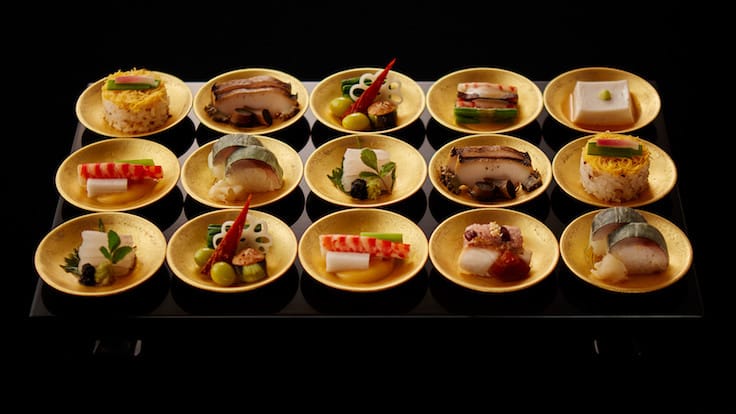 Kashiwaya in Osaka celebrates its 10th year as a three-starred restaurant. (Photo courtesy of Kashiwaya.)

In Osaka, with 26 new restaurants included for the quality of their cuisine out of a total of 209 combined with 16 hotels, MICHELIN's selection reflects the vibrancy of both the area and its array of gastronomic options.

Beyond the sheer number of establishments honored by MICHELIN, Osaka stands out for the consistent excellence of its restaurants. Two of the three three-star establishments—Kashiwaya and Taian—are each celebrating the 10th anniversary of their top-level status.

While 16 restaurants maintained their two-star status, a whopping total of 79 earned one star. Ten of these are new and represent a wide variety of culinary styles ranging from sushi and highly innovative dishes, to tempura and specialities reflecting a French, Italian or Chinese influence. Chi-Fu, Hatsu, Il Centrino, Nishino (where pride of place is given to local produce), Oryori Horikawa, Shoroku (run by a father-and-son team), Sushi Murakami Jiro (which breaks from traditional sushi restaurant conventions), Sushi Ohata (which serves three different types of rice), Tempura Hanagatami and Teruya have all been recognized with a star.

The rich diversity of Osaka’s gastronomic scene can also be found in the Bib Gourmand selection that features 111 establishments, including 16 new eateries, offering a wide selection of cuisines including izakaya, soba, teppanyaki, yakitori, ramen, Italian, Spanish, Chinese, French and even Indian, featured for the first time in the guide dedicated to Kyoto and Osaka.