“Chefs and restaurant operators here not only inherited the true essence of Beijing taste, but also created an amazing diversity,” says Gwendal Poullennec, international director of the MICHELIN Guides. “Beijing is under the spotlight of the global gastronomic community with many world-famous chefs branching out their businesses here. The booming industry is a demonstration of an ancient yet vibrant city glittering with a combination of classic and modern.”

The first edition of the MICHELIN Guide Beijing includes a total of 100 restaurants, 20 percent of which are designated with stars—a very high proportion among the first guide launches. As a highly inclusive city, Beijing is setting the table for a variety of impressive cuisines with rich ingredients from around the country. In the selection list, Chinese restaurants hold the dominant position, while eateries providing exquisite European dishes also receive star recognition. 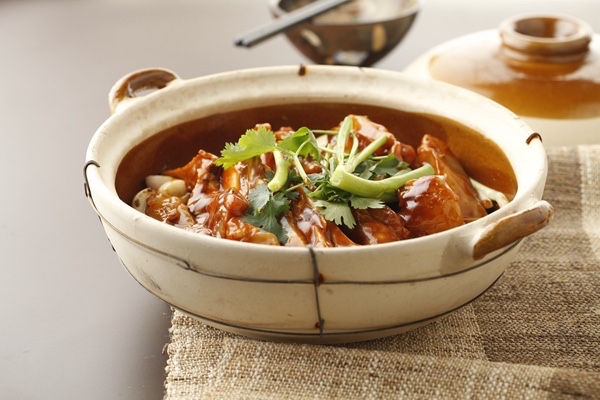 Xin Rong Ji (Xinyuan South Road), which was awarded with three stars in the first ever Beijing selection, impressed MICHELIN inspectors with uncompromising perfection. From strictly selected ingredients to impeccable skills and exemplary service, every detail has been delivered to its best. It has been a complete and extremely enjoyable dining experience made possible by comprehensive orchestration and thoughtful arrangement. The menu focuses on Taizhou cooking with fish from the East China Sea.

There are two two-starred restaurants in the new selection: King's Joy and Shanghai Cuisine. Located in a classic courtyard house right next to Yonghe Temple, King's Joy serves vegetarian fare with organic vegetables from local farms and wild mushrooms from Yunnan. This elegant vegetarian restaurant is full of surprise. Try the tasting menu for culinary highlights. At Shanghai Cuisine, the Shanghainese chef, along with his mostly Shanghainese kitchen team, reinterprets classic dishes with a contemporary perspective. Its braised winter melon delivers deep and lingering flavors despite its simple appearance, while the stuffed field snails are highly recommended. 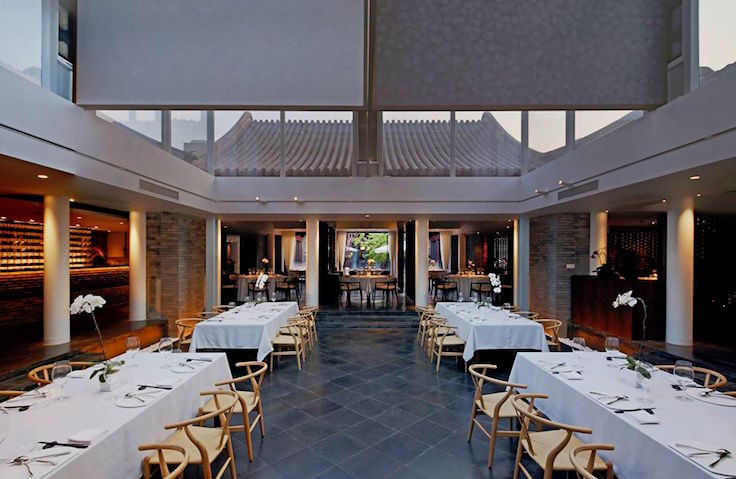 Among all the one-star establishments, Beijing cuisine is highlighted as one of the main components. Family Li Imperial Cuisine (Xicheng), now run by the fourth generation, still replicates the imperial recipes faithfully. (Only set menus of various prices are available and pre-ordering is required.) Reasonably priced Poetry‧Wine serves Beijing cuisine in a dining room with traditional decorations. Their juicy and tender signature braised fish head is perfectly braised in a deeply aromatic brown sauce, and is only limited to 100 orders per day. Jing Yaa Tang, hidden in a serene hotel amidst the busy Sanlitun area, provides an understated luxurious place for dining. Besides the Peking ducks that are prepared in the wood-fired oven, the menu showcases dishes from different provinces.

Peking duck, an iconic dish of Beijing cuisine, is considered one of the world’s most delicious dishes, and the MICHELIN Guide Beijing has specifically highlighted a Peking duck selection for readers to discern the most outstanding ones. Among them, Sheng Yong Xing (Chaoyang), Da Dong (Gongti East Road) and Da Dong (Dongsi 10th Alley) have each received one MICHELIN star.

Meanwhile, a wide array of Chinese cuisine styles flourish in Beijing and the first ever MICHELIN Guide Beijing has selected over 30 styles. This diversity is reflected through MICHELIN Guide one-star selection, in which we find Cantonese restaurants like The Beijing Kitchen, Seventh Son and Lei Garden (Jinbao Tower). In Love (Gongti East Road) serves Hunan dishes, and Huaiyang Fu serves up Huaiyang food, while the honored Cui Hua Lou is one of the best restaurants providing Shandong dishes in the city. 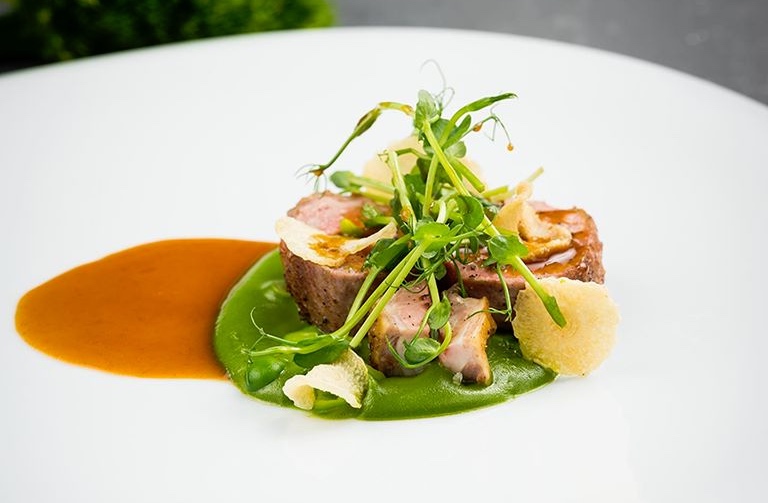 Nordic touches are present in the European cuisine of one-starred The Georg. (Photo courtesy of The Georg/Facebook.)

Meanwhile, quality European cuisine is well appreciated in Beijing. In the first selection, three European restaurants are awarded with the one star distinction. Renowned Milanese chef Niko Romito brings his Italian dining concept to Beijing. The classic recipes in Il Ristorante - Niko Romito are given a subtle modern twist which adds sophistication, depth and bold flavors. The wine selection also showcases the best choices from Italian vineyards. Mio also serves Italian dishes, its cooking deeply rooted in tradition are well-honed with modern techniques and creative combinations of ingredients. The Georg is a European restaurant tucked in a riverside quadrangle house, serving open-faced sandwiches and hams at lunch, and a fine-dining menu at dinner. Techniques such as smoking and curing are skillfully deployed in dishes with superb ingredients.

With the launch of the first edition of MICHELIN Guide Beijing, it is a great opportunity for MICHELIN to recommend more high-quality cuisine for consumers, with hope that more people can enjoy a unique and high-quality travel experience, and also help to further improve the development of Beijing’s culinary and tourism industry.

View the full selection of the MICHELIN Guide Beijing 2020 below: