8 Types of Soy Sauces and Their Uses

There's more to soy sauce than dark and light, including one that fetches 30 times the usual price of a bottle.

Chinese sauces were first documented back in the spring and autumn periods beginning in 771 B.C. The book Rites of Zhou details how they were used by the chefs in the royal court. Confucius also talks about sauces in the Books of Rites, where he pens these words: “Don’t eat what is cooked without the right sauce.”

Sauces have been held in high regard for centuries. Writer Tao Gu (903-970 A.D.) from Song Dynasty mentions in his work that sauce is the “master” of the eight culinary treasures, including delicacies like bear and Père David's deer, and even that of the legendary creatures like the dragon and the phoenix. These superior delicacies were embellished with sauces, which exemplifies the high regard in which the ancient Chinese held them.

While the variety of Chinese condiments is almost boundless, today we are focusing on the ubiquitous soy sauce. Its foundation is soy bean combined with water and salt. The mixture is exposed to direct sunlight and then fermented before it arrives at the dark, salty liquid we are familiar with. Because the production of soy sauce looks so straightforward on paper, it’s more than amazing just how many different soy sauces can be found at the grocery store, varied by region, function, raw ingredient, production time and other factors. Here, we've rounded up eight types of sauces iconic to Chinese cuisine. 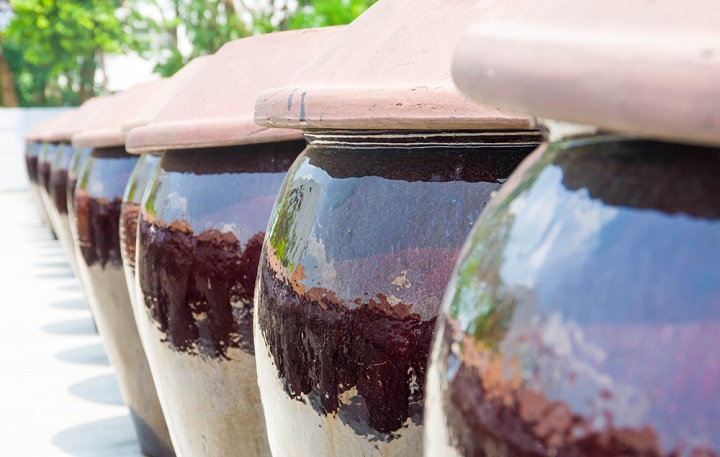 Compared to dark soy sauce, light soy sauce has a lighter color and is less salty, and is best used for seasoning and fine tuning the flavors of a dish. Based on the sauce’s quality, it can be further divided into “first draw,” collected when the beans are fermented for the first time. Its quality is the highest with a richer taste. It occupies a similar position to extra-virgin in the world of olive oil. And naturally, it’s sold for more. The second and third extractions are known respectively as “gold label” and “silver label,” and are found in the pantry of just about every average household.

Shrimp soy sauce is made by steeping dried shrimp in first draw soy sauce; the oceanic umami brings a lively depth to the sweet soy flavor. It is mostly a taste of the past, as the sauce is rarely produced except for a few locations in mainland China.

This is essentially light soy sauce with the addition of sugar, and matured under sunlight for extra time. Dark soy sauce has a near-black shade and sweetness that is often employed to give dishes a distinctive character.

Sweet soy sauce undergoes an additional stage of preparation. It generally consists of both light and dark soy sauces, which are cooked with sugar, onion, spring onion, shallot and coriander. It is handy in plenty of situations—some producers would come up with different recipes for steaming fish, clay pot rice and Hainan chicken rice, and sell the sauces as separate products. 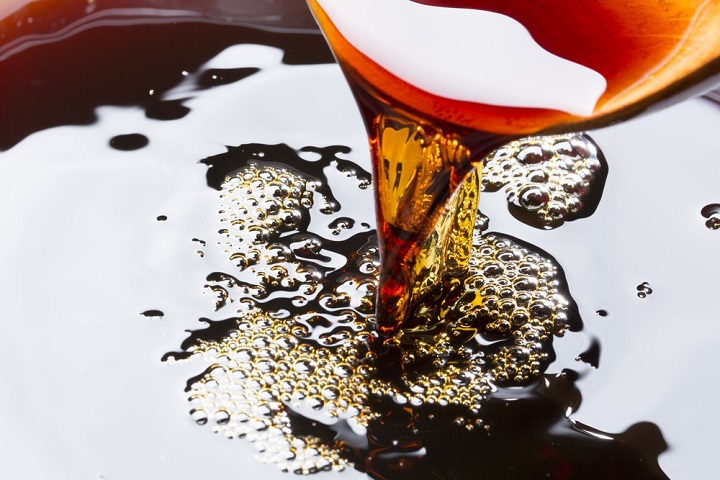 As its name suggests, black bean soy sauce differs from most other soy-based varieties in that it is made from black bean. Mostly found in Taiwan, this is a milder concoction, carrying a subtle fragrance unique to black bean.

Traditionally called “Xi Zai Qing,” it’s considered the royalty of the soy sauce family. Not only fermented with premium beans, the higher soy content and longer duration of production also means the sauce comes with higher costs and lower quantities. Compared to the cheapest bottle you can get from a supermarket for around HKD10 ($1.30 USD), a bottle of authentic Fujian-style soy sauce will set you back up to HKD300 ($38 USD). Even if you’re willing to pay, you would have to know where to look. Not every producer puts the sauce up for sale publicly. Some of them store just enough bottles for true connoisseurs.

But if you ever have the luxury of sampling Xi Zai Qing, you'll find that its deeper shade gives away the ultra-rich bean aroma lingering in the mouth. Of course, compared to what you would splash casually in daily cooking without blinking an eye, such a delicacy deserves more considerations in usage, since high heat would subdue the Fujian-style soy sauce’s flavor. To take full advantage of it, use it as a dipping sauce, on a cold dish, or prepare something where it would shine (think stir-fried King prawn with soy sauce).

This article was written by Chen Zhi Xiong and translated by Vincent Leung and first appeared on the MICHELIN Guide Digital Hong Kong Macau. Click here to read the original version of this story.