MICHELIN and Porsche Strive for Excellence Through Devotion to Detail

When creating quality products, devotion to detail is paramount in the foundation for success, no matter which type of production category.

How do you strive for excellence? For the MICHELIN Guide, restaurants receive up to three stars for the quality of their food based on five criteria: quality of the ingredients used, mastery of flavor and cooking techniques, the personality of the chef in their cuisine, value for money and consistency between visits. For high-end car brands like Porsche, it’s about providing a top quality product while bringing the personality of the customer into the vehicle.

On Sunday, guests and food fans gathered at Manhattan Motorcars in New York to discuss the topic at hand, partaking in a culinary demonstration with Carlo Mirarchi of cult pizza favorite Roberta’s and two-MICHELIN-starred Blanca, before listening to a panel discussion with MICHELIN and Porsche employees. 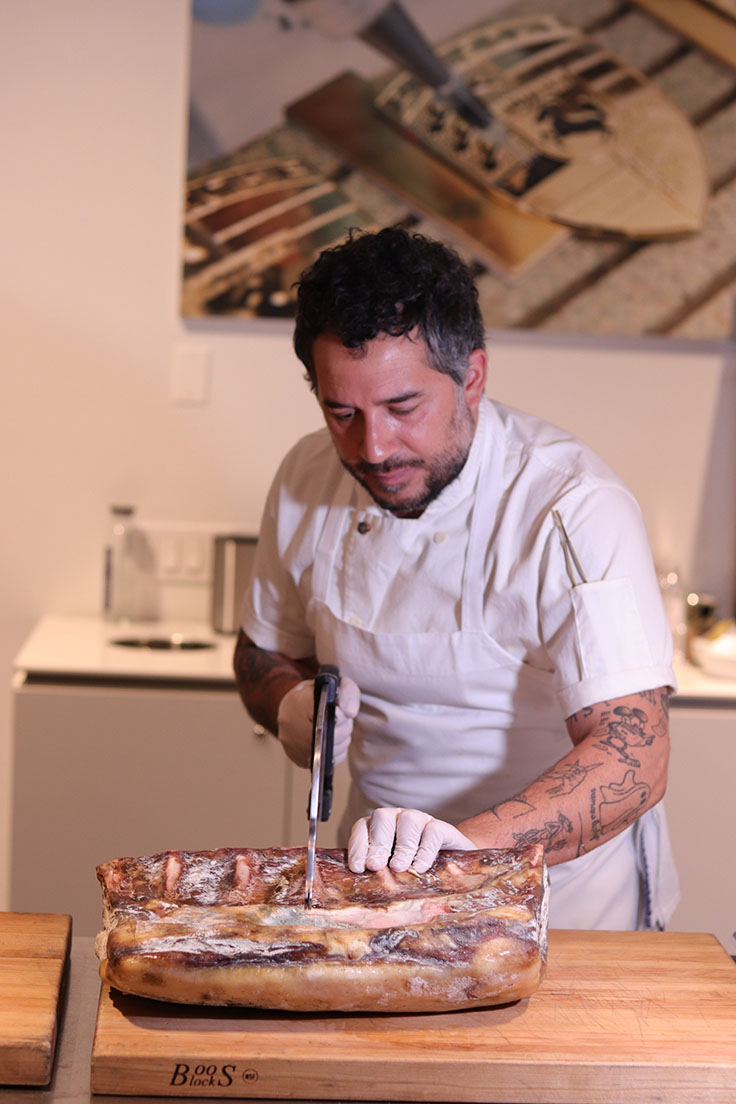 Sarah Robinson, manager of MICHELIN Motorsports North America sums up the tire brand’s devotion to detail emphatically: “It’s because of the complexity of what we do.” At the 12 Hours of Sebring race held in Sebring, Florida, earlier this year, a temporary building was erected to hold over 20,000 tires for the event. “And it’s not because our tires get used up too quickly—it’s actually the opposite,” she adds. “We encourage [the racers] to multi-stint the tires and get longer fuel runs out of them.” These many options are then distributed by Brian Monprode, global director for MICHELIN Motorsports, who acts as a consultant on the track, making sure drivers get the most out of their tires. “Brian’s team has a construction that is specifically made for the 911 RSR,” Robinson says. “Because how the 911 transfers power to the ground is very different from the Ferrari or the Ford or the BMW. If you don’t even think about the dimension alone, we have 30 different types of tires in terms of construction, and compounding, I don’t know what is. it’s a different approach that MICHELIN is very proud of taking.”

Mirarchi explains how he and his team at Blanca and Roberta’s keep moving forward and innovating while staying authentic and maintaining the level of success that got them to where they are in the first place. “That’s the challenge obviously, right?” he says. His approach at his restaurants is to always maintain a certain level of respect for tradition and authenticity. “Whenever we’re working on a new dish, we’ll often ask ourselves what is it supposed to taste like. I always prefer to start, and then build and then start taking away until you get to that pure essence of why you started doing the dish. . . . [And] the minute you start realizing that something that you’re working on or doing something that can be used in other restaurants, you’re behind. You should never be in a place where you feel like people are imitating.” 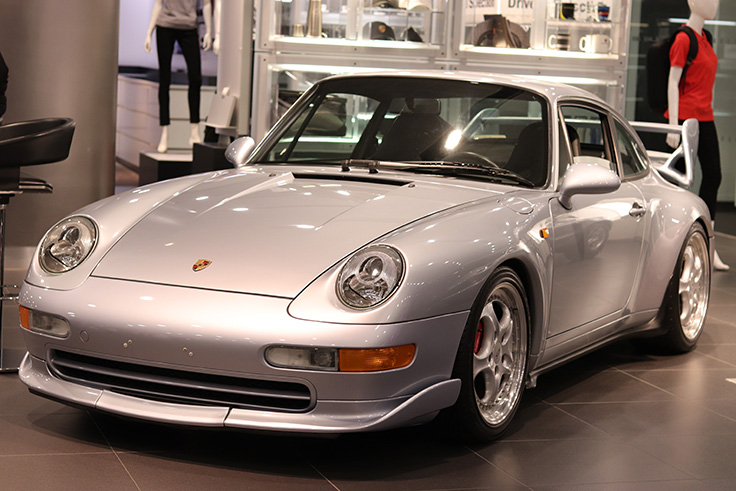 Throughout its longevity, Porsche has had a great sense of tradition through its iconic imagery while still remaining adaptable to the everyday consumer. “If you look at the overall design of the 911 Carrera, it’s timeless,” says Thuy Hache, area exclusive manufaktur manager for Porsche North America’s Eastern Region. “It’s the essence of what the original design when it was debuted in the early 1960s. Obviously it has transitioned but we have kept it consistently evolved to making sure that it is still timeless but adaptable to today.” And this detail is just the tip of the iceberg.

The cupholders in Porsches—all located in the dashboard—have a dual purpose. Drivers will notice that when they open, they actually sit directly in front of the air vents, keeping hot beverages warm during the cold months and iced beverages cool during the summer. "That’s not a detail you would automatically know when you get into a Porsche," says Yana Perros, area exclusive manufaktur manager for Porsche North America’s Southern Region. "Our cars are specifically created for your enjoyment.” Porsche drivers and enthusiasts should also take note of the ignition being on the left-hand side. “This actually comes from the motorsports history where drivers had to run into the car and get their seatbelts on while simultaneously starting the car—seconds matter,” she adds.

“For me it’s very challenging,” adds Mirarchi on making sure his team maintains that same level of consistency in every single dish that comes through the pass. (Of the 17,000 active restaurants in the MICHELIN Guide database, only 2.7% hold two MICHELIN stars—no easy feat.) “The approach that I’ve always taken, especially when I’m training people in developing dishes on different teams . . . I don’t want them to make food that I would like. I want them to make food that they like. And sometimes [it takes] a little bit of training to get them to the point where I think they should be as far as what good food is, what great food is, how we do food at our restaurants.” 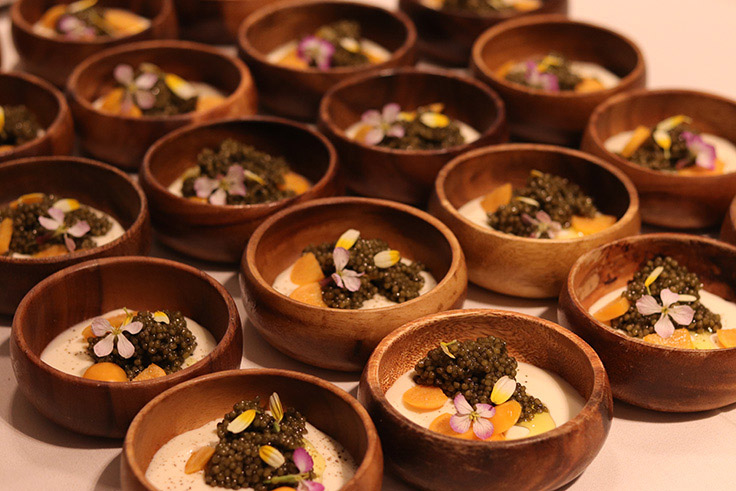 At both of his restaurants, flavor comes first when it comes to the plate, then the attention to detail. “For me and for us, especially, we’re much more focused on the ingredient and then building up the flavor. That’s our beginning point and once we have that figured out, then we’ll work on the actual plating and the aesthetic.” Mirarchi was able to flex his culinary muscles to guests immediately after the panel through menu items like caviar with gooseberry and spaccatelli with squab.

Clearly, when creating quality products, devotion to detail is paramount in the foundation for success, no matter which type of production category.

Father's Day
All articles of Features