From fast-casual mega projects to a widely-anticipated rum bar, here are five new restaurants in San Francisco ripe for the taking.

Between the post-holiday travel and getting back into the swing of things at the office, the start of the New Year can be a hectic time to keep up with . . . well, anything in the world.

But as they say, there’s no rest for the weary, and chefs and restaurateurs in San Francisco have been taking 2019 by the horns and opening up new eateries throughout the Bay Area. From fast-casual mega projects to a widely-anticipated rum bar, here are five new restaurants in San Francisco ripe for the taking. 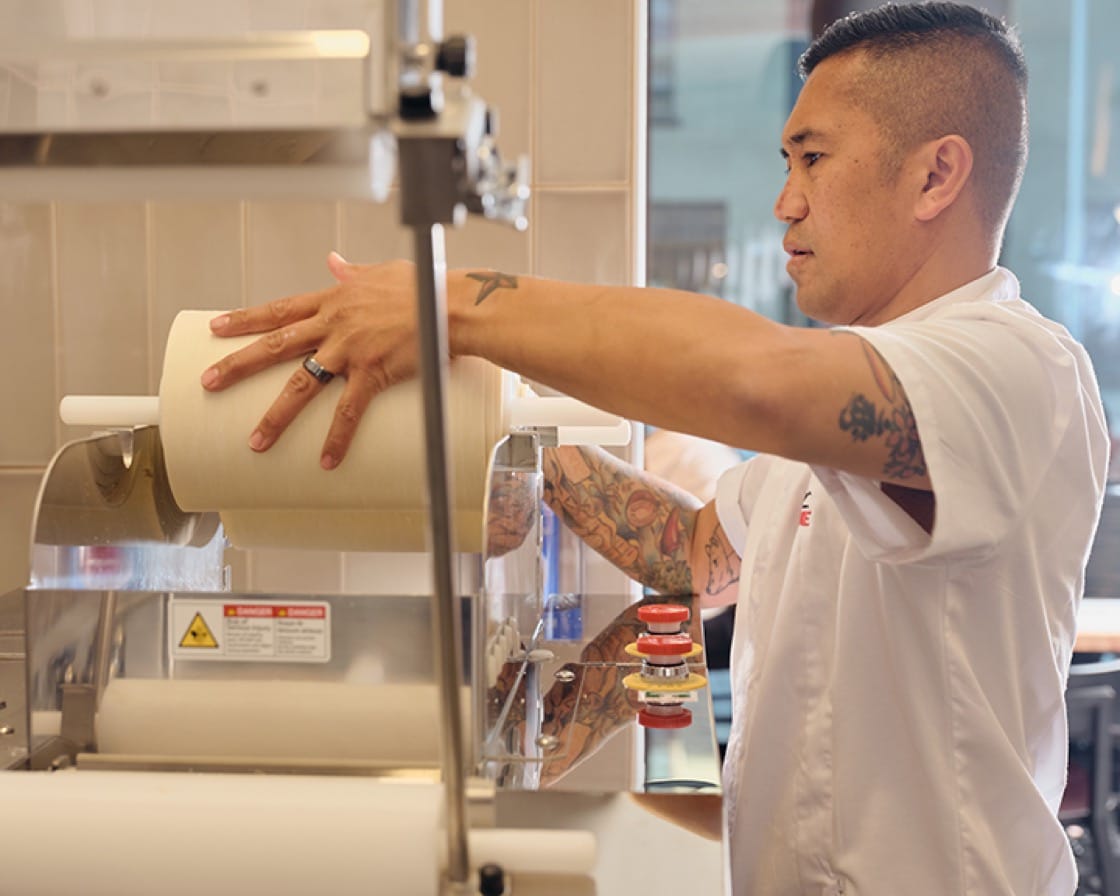 SoMa is now home to Udon Time, which specializes in customizable bowls of udon noodles. (Photo by Dave Greer.)

Omakase Restaurant Group (Dumpling Time, Omakase and Okane, among others) debuted their 41-seat fast-casual noodle shop specializing in customizable bowls of udon in the trendy SoMa neighborhood last week. Helmed by executive chef Edgar Agbayani—who trained at the Sanuki Menki Noodle School in Kagawa, Japan—the noodles at Udon Time are slightly thinner and have been aged overnight before being prepared on-site in a Sanuki noodle maker. Broths, too, are made in-house; the Sanuki udon is swimming in the “signature” broth with green onion, wakame and tempura flakes (and can be served hot or cold), while the Kamatama bowl features Jidori egg, soy sauce, Parmesan and butter. A selection of tempura, onigiri and salads are also on offer.

The Butcher Shop by Niku Steakhouse

Next door to Udon Time—and also by the Omakase Restaurant Group team—lies San Francisco’s only certified Kobe beef retail shop. It's led by head butcher Guy Crims, who personally sources the meats like Japanese A5 wagyu, heritage Berkshire pork belly and USDA Prime from Nebraska, and is all to be housed in a floor-to-ceiling locker. (And yes, the meats are also used for bowls at Udon Time and the soon-to-open Niku Steakhouse—the third and final piece of the restaurant group’s puzzle.)

Five years in the making, Bar Agricole and Trou Normand’s Thad Vogler debuted his much-anticipated rum bar in the Mission just in time for the New Year. Named for a street in Havana where Vogler once lived, Obispo is an ode to the complete history of rum—indeed, you’ll find Jamaican rums, Cuban-style rum and rhum agricole stocked behind the bar, while plates include jerk chicken, oxtail curry and Cubano sandwiches. Vogler also partnered with the Museum of the African Diasporsa, as well as the Calle 24 Community Council for the project; both will receive some of the proceeds.

Lindsay and Michael Tusk of Quince fame, as well as managing partner Matt Crime, have opened their much-anticipated European-style wine bar and retail shop in the historic Eclipse Champagne Building in Jackson Square. Boasting a striking red ceiling, open kitchen and furniture from Tusk-favorite Pierre Chapo, the menu at Verjus changes daily. Guests can either nosh on wine bar favorites like foie gras terrine on brioche, suckling pig and ham and cheese croquettes at the counter or opt for table service in the dining room. As for the retail shop—La Cave—look for wines procured from “independent vignerons who farm their land organically and produce wines that emphasize a sense of place.”