After a formal announcement last year, partners Andrew Miller, Charles Welch and Hector Gonzalez, the trio behind Out To Lunch Hospitality, are finally opening Good Fortune tonight in Chicago’s Logan Square. The first venture by the group, the 2000-square-foot split-level restaurant is meant to evoke the spirit of an intimate dinner party, featuring 44 seats (with an additional eight at the bar), royal blue velvet banquettes, a collection of vintage chairs that have been reupholstered with fabrics imported from Paris, and light and metal fixtures designed by Bobby Middleton of local Wayward Machine Co. (Miller says he drew inspiration from more intimate restaurants he grew up with in both New York and London.) 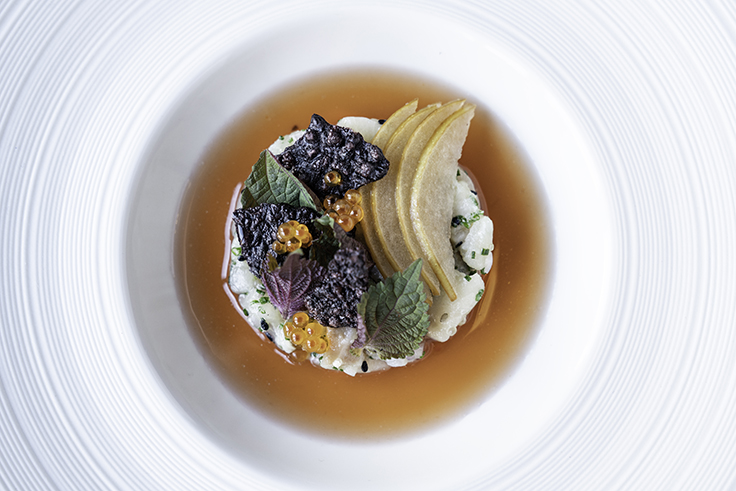 General manager and wine director Steven Mendivil (formerly of L2O and D.O.C. Wine Bar) handles the wine list, which boasts nearly 75 bottles of both Old and New World varietals. Mendivil also offers a magnum program, where a select bottle is available every night and can be purchased by the glass or carafe. Bar director Miranda Breedlove puts her own contemporary flair on classics, giving the Daiquiri a “summer makeover” by way of Aperol, mango and lime, and a Martini on draft made with gin, dry vermouth, fino and amontillado sherries, and orange saffron.

Good Fortune is located at 2528 N. California Avenue and is open Wednesday through Monday from 4:00 p.m. to 12:00 a.m. Reservations are now available via Resy.