There’s no fighting it now—Thanksgiving is upon us. And according to AAA, a projected 54.3 million Americans will travel at least 50 miles or more for the holiday, the highest Turkey Day travel volume in a dozen years.

Needless to say, there will be stress. Aside from those traveling by planes, trains or automobiles, friends and family hosting the feast are prepping turkeys and all the sides, and stocking up on booze.

To aide menu inspiration (or lack thereof), we get a glimpse of what some of Robert Parker Wine Advocate’s team of reviewers are serving up for the holiday—including wine pairings.

RELATED: Chefs' Tips For a Delicious Thanksgiving Turkey
“Our Thanksgiving menu is, like our household, a British-American melting pot,” says The Wine Advocate’s editor-in-chief, Lisa Perrotti-Brown, MW. Noting that her husband is “staunchly British” when it comes to the holidays, Perrotti-Brown gets packages of treats delivered from the U.K., including Twiglets, Quality Street Chocolates, Cadbury's Dairy Milk Advent Calendars for the kids, “and, ugh, Bisto gravy.” 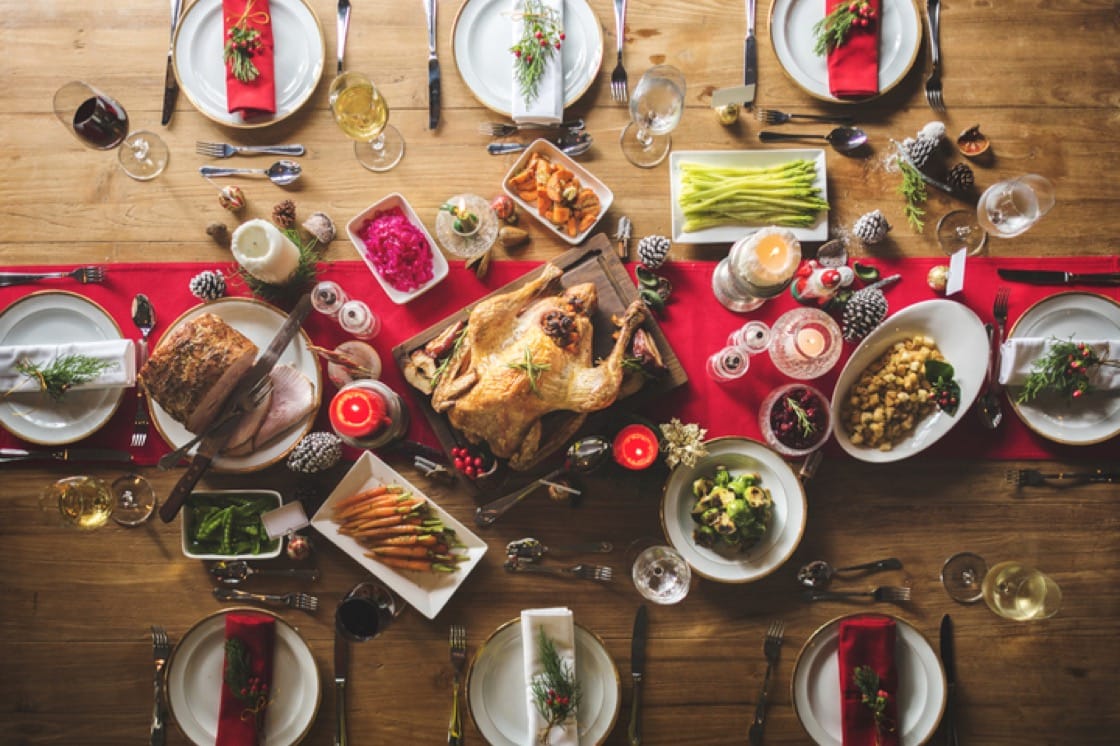 Thanks to in-laws that live some 1,500 miles away, The Wine Advocate’s managing editor and reviewer for Provence, Rhône Valley (North and South), Languedoc-Roussillon, Australia and New Zealand, Joe Czerwinski gets to partake in a quiet affair in the comfort of his own home in New York State. “We’ll normally start with shrimp cocktail and/or penne with vodka sauce, then go straight into a roast turkey breast and the usual sides,” he says. Those usual suspects on the dining room table include a sausage-cornbread dressing, potatoes “in some form,” broccoli and carrots. (Apple pie á la mode will be had for dessert.)

RELATED RECIPE: David Kinch's Gratin Savoyard
“With only four of us, we don’t go big on wine quantity, but we do try to pull out something special—and American—to mark the occasion,” he adds. “Although I'll probably pour a New York white to get things started, this year, I'm eyeing a bottle or two of Siduri Pinot Noir for the main event. Perhaps a side-by-side comparison of the 1998 Archery Summit and Muirfield, both from Oregon? Or maybe the 2000s from Garys' and Pisoni in the Santa Lucia Highlands? Either way, I'm looking for the sous-bois notes of maturing Pinot to play off the sage and thyme on the bird and in the dressing, with enough acidity to cut through the fat of those dishes.”

“The same question comes up every year, and every year the real answer is that there is no one-size-fits-all answer,” says reviewer Mark Squires. “Turkey is a fairly neutral bird, but the trickier questions are what the stuffing is, what the gravy is, what the sides are. That's where it gets complicated.”

So if Squires is to choose one wine for the holiday, it’s a dry rosé. (Some recently reviewed choices include the 2017 Bat Shlomo and the 2017 William Heritage Pét-Nat.) “A lot of geeks don't want to hear that, because they would rather get something grand and expensive,” he says. “But rosé makes different types of drinkers happy, perfect for diverse family gatherings. It pairs with many different types of foods, standing in for both white wines and red wines at times. It's versatile. It works.”