Talking with Mike Freed, owner of Post Ranch Inn, I learned that “going to Big Sur” can mean different things. Most notably, if you lack the rugged confidence to use a camping stove, you might be tempted to simply drive through the place. There aren’t an abundance of places to stay. Type in Big Sur + hotels on a map and you’ll see a cluster of dots to the north (that’s Carmel) and a cluster to the south (that’s San Simeon), and not a whole lot in between.

It is some drive, though. Despite the fact that you can spend endless days in the region’s redwood forests, taking in vistas overlooking the Pacific and the state parks and beaches that span almost 300 acres of wilderness, the most symbolic image of Big Sur is probably Highway 1. It’s the lifeline of the region, twisting along between the forest and the sea, and the experience of driving it is a notch in the belt of so many who leave Big Sur and spread the word. So is it a surprise that many travelers might find it more convenient to hit that road and keep it moving? To skip the camping and hole up in Carmel instead? 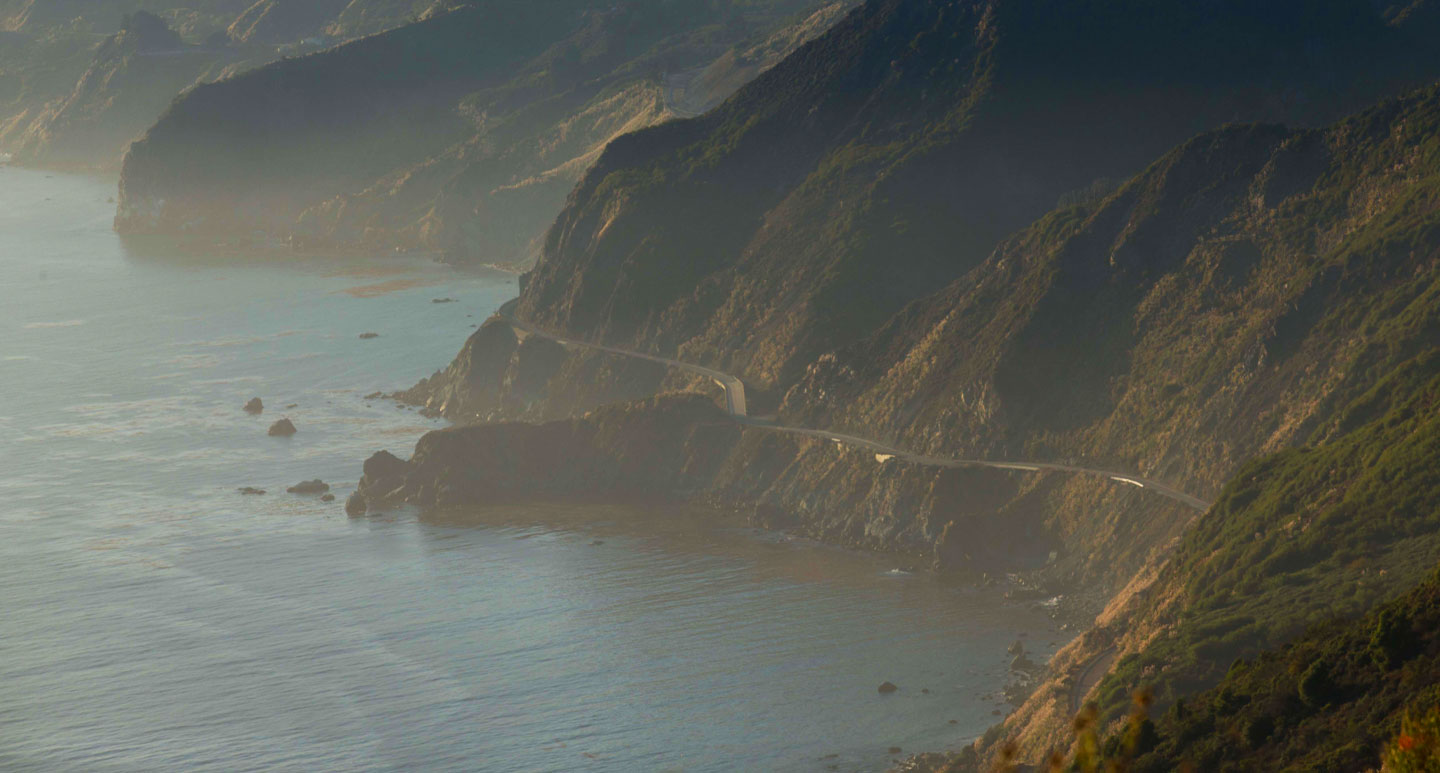 California’s Highway 1: the iconic road to, from, and through Big Sur

When I spoke to Freed, I asked him why he thinks so few hotels exist in this place that draws millions of tourists each year — and if he would welcome more competition. As it turns out, it’s not much of a mystery. “There’s no choice,” Freed explained. “Because you have what’s called the Big Sur Land Use Plan, which is the most restricted land use plan in the country… So whether I like the idea or not, I don’t see any other hotels opening.”

Freed is, of course, completely right. It’s not that it’s impossible for more hotels to open in Big Sur — it’s just that the Big Sur Land Use Plan (BSLUP) makes building extremely tedious, the restrictions like the tangled roots of the redwoods. And if Highway 1 is the perfect symbol for Big Sur, it’s also the perfect symbol of those restrictions. The BSLUP, adopted by Monterey County in the 1980s, has this to say: “It is the County’s policy to prohibit all future public or private development visible from Highway 1.” In other words: if you can see it from the drive, you can’t build it. The scenic road shall never become less scenic.

“Most of the property in Big Sur is in view of Highway 1,” explains Freed, “I just happened to have a large piece of property that you can’t see any of my hotel rooms from, [so] I was able to build.” As the land use plan passed into law nearly 35 years ago, a government official promised, “When you look around you 100 years from now, Big Sur will be essentially unchanged from the way it looks today.” 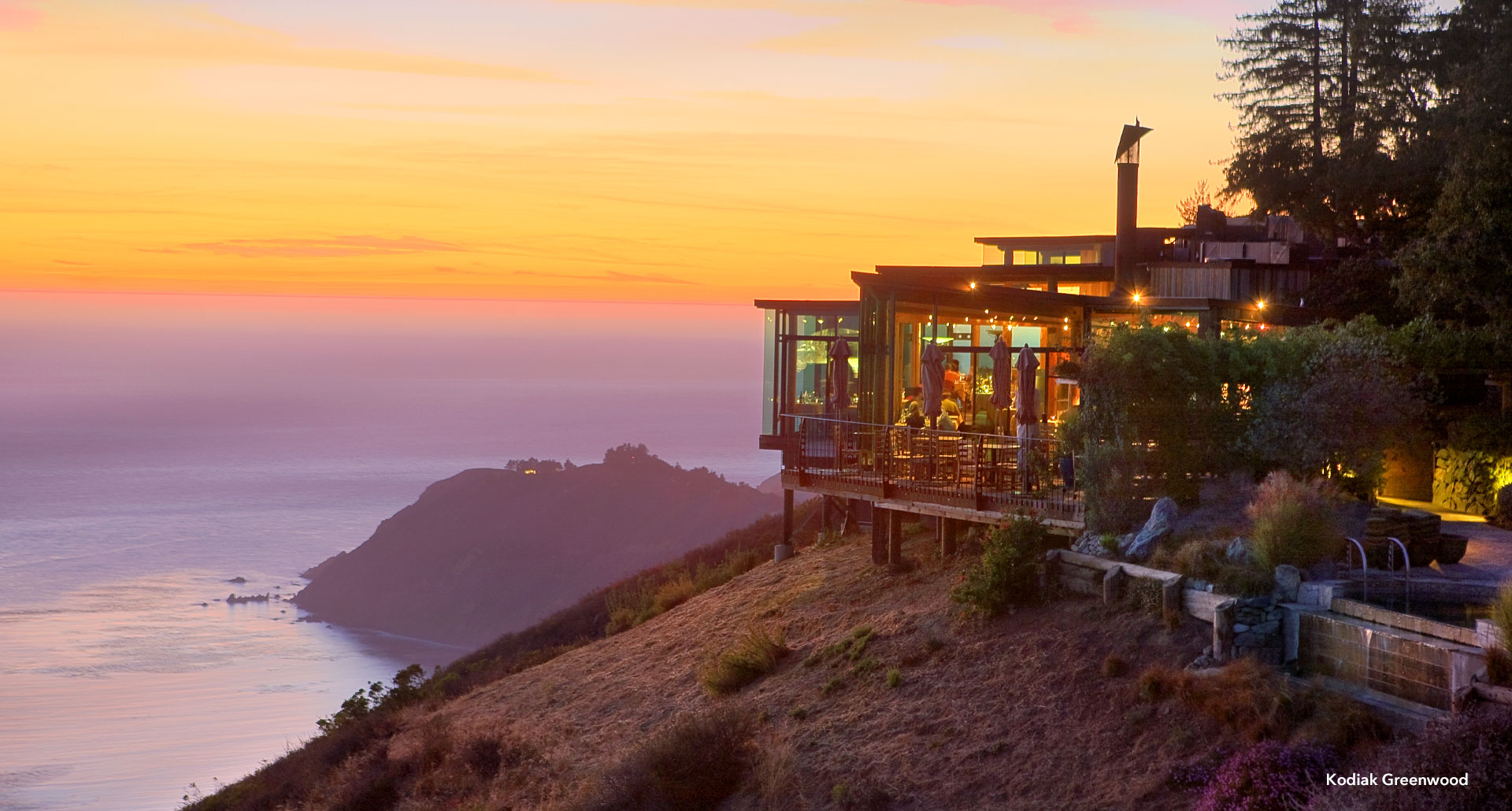 The 1200-foot vantage of Post Ranch Inn means views like this throughout the property. This is the restaurant, Sierra Mar.

Fast forward to the modern era and it can feel like your choices for lodging are one of a handful of rustic inns, camping in a state park, or the very opposite. If you want a MICHELIN experience, it’s up to Post Ranch and Ventana Big Sur. Considering the nature of zoning laws here, it’s something less than coincidence that the reason either one had a chance to exist is thanks to the same family. There isn’t a tremendous amount of land in Big Sur that’s not publicly owned. But of the swaths that have been open to purchase in recent decades, much of it belonged to one of Big Sur’s original homesteading families, the Posts.

For Ventana Big Sur, so the story goes, movie producer Lawrence A. Spector took his Easy Rider money in 1975 and acquired Post land, developing Big Sur’s original luxury resort. The architect, Kipp Stewart, weathered cedar in hand, placed his buildings around a mountain meadow to create exactly what you fantasize about when you fantasize about Big Sur. As we wrote when we added them to MICHELIN, “the main event is the hallucinatory view of the Pacific a thousand feet below.”

But that was before the passing of the Big Sur Land Use Plan. For Post Ranch Inn, breaking ground in 1992 was even more unlikely, and — even with the private land acquired from Billy Post, a descendant of the original homesteaders — completely dependent on their ability to blend in with the landscape and leave it undisturbed. Ask Freed (to our knowledge Big Sur’s newest hotelier) about the genesis of Post Ranch Inn and one of the first things he mentions is his pride that the Sierra Club did not protest the development. Because even though restrictions on new hotels are among the strictest in the country here, when it came to Post Ranch, the Monterey County planning commission gave it a unanimous vote of approval. And without appeal or local opposition, it slid through to reality. 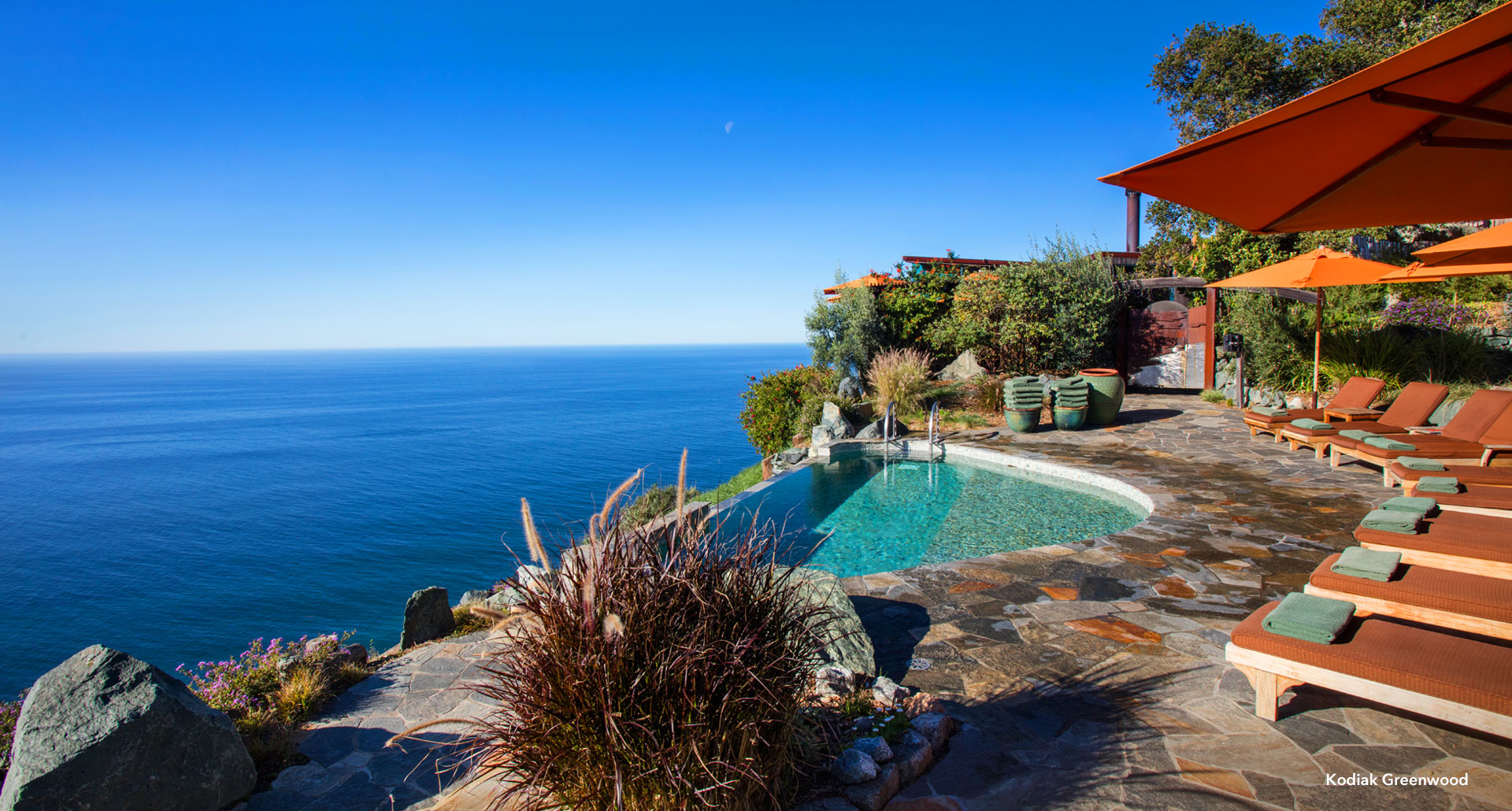 One of two clifftop infinity pools at Post Ranch Inn

Note that when we say “newest Big Sur hotel,” we’re talking about a debut in 1992. Note too the New York Times reporting before the opening, when they outlined Post Ranch’s “promise to minimize the disturbance of a sensitive landscape. As designed, [the hotel] will bear little resemblance to conventional resorts.”

That’s an understatement. To open Post Ranch Inn required no less an architect than the once-in-a-century Big Sur legend Mickey Muennig. Freed, who dismissed earlier partnerships with architects who couldn’t seem to execute the natural concept he wanted, gave Muennig a test: design a treehouse. “If I like the treehouse, I’ll hire you.” 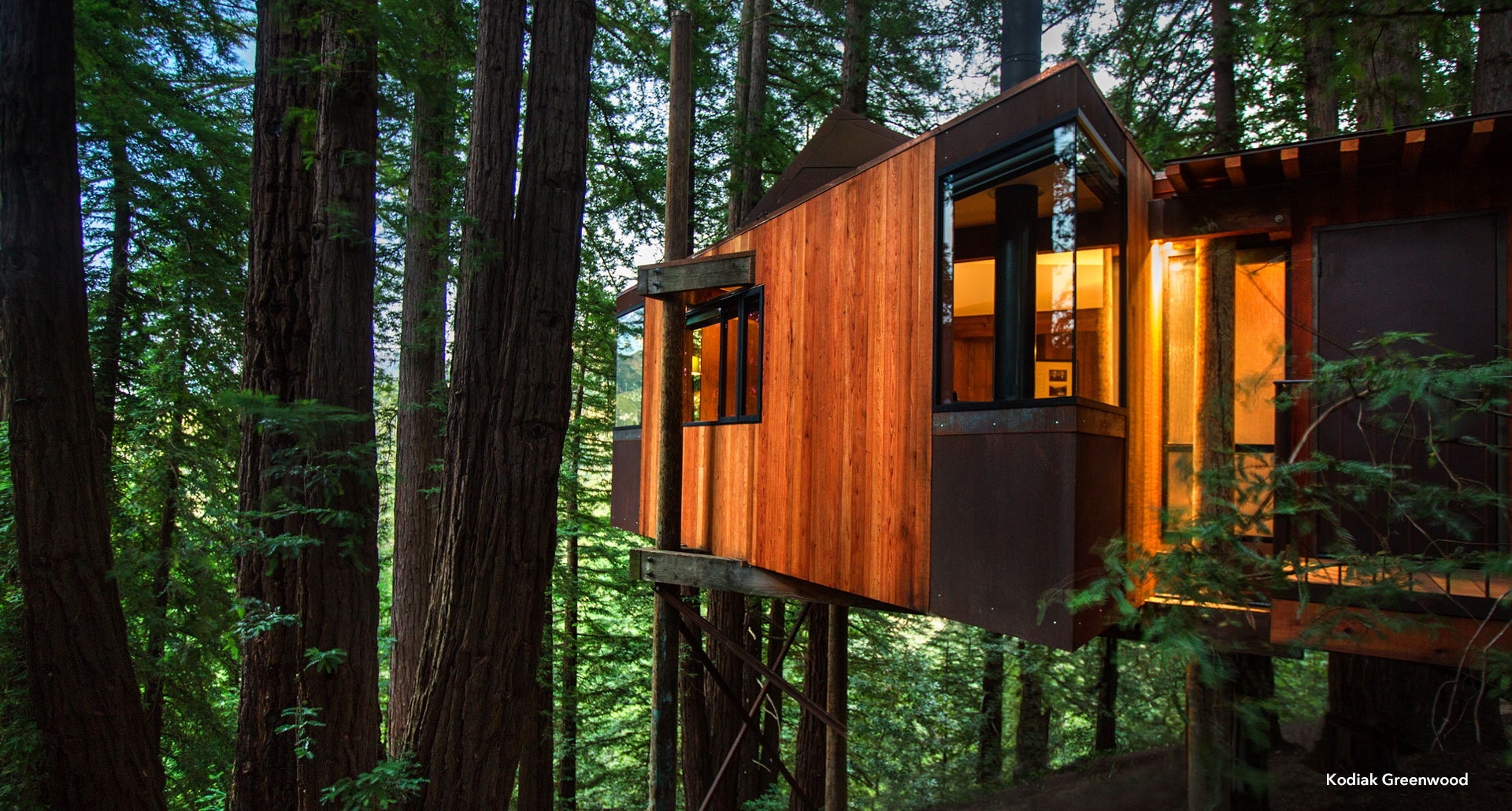 One of the treehouses as it stands today, nine-feet off the ground with a skylight to let in the stars 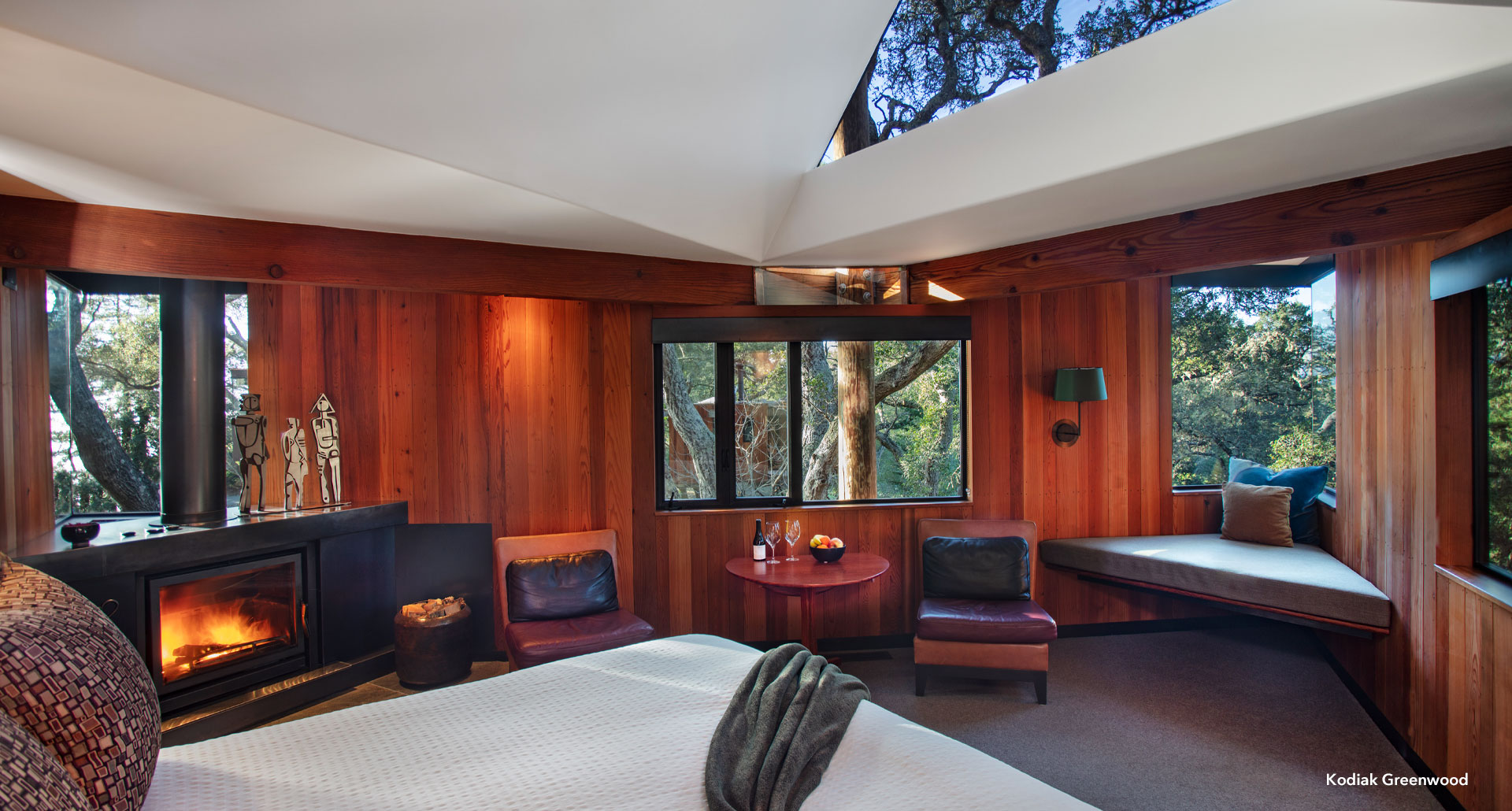 For two years, Muennig did nothing but work on Post Ranch, applying his innovative style (a distaste for right angles), technique (scurrying up trees to assess the views), and eccentricity (Freed says the restaurant, from above, is the same shape as the coast) to the only hotel project of his life. The result is largely what you see at Post Ranch today, with the addition of ten more Muennig-conceived rooms in 2008.

Add to that the largest solar power system of any hotel in California and a donated fire brigade for the community on their property, and it’s no wonder that Post Ranch came through the regulatory process unscathed — and that few are likely to follow. 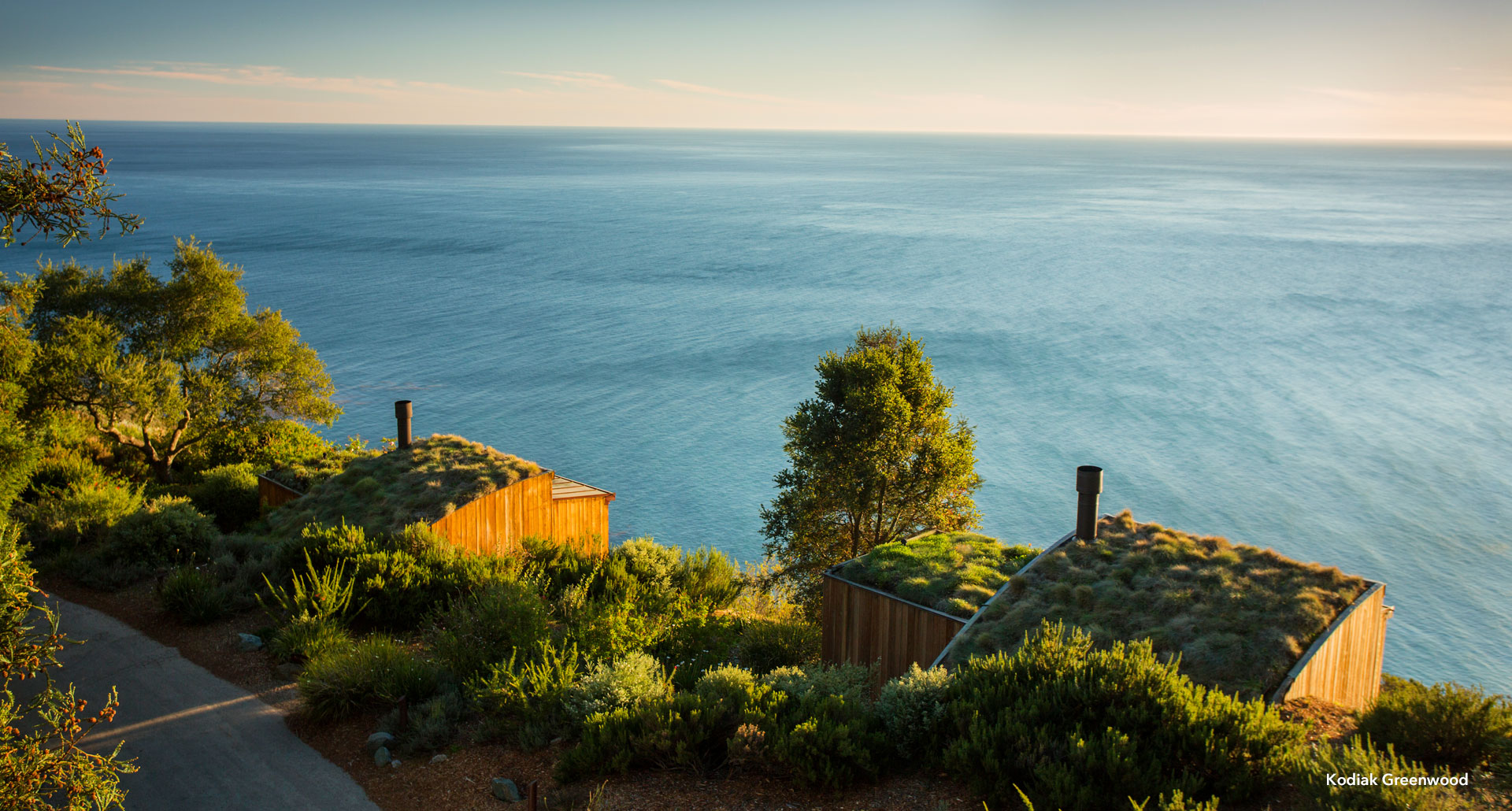 The rooftops of the free-standing Ocean Houses at Post Ranch, covered in native grasses and wildflowers 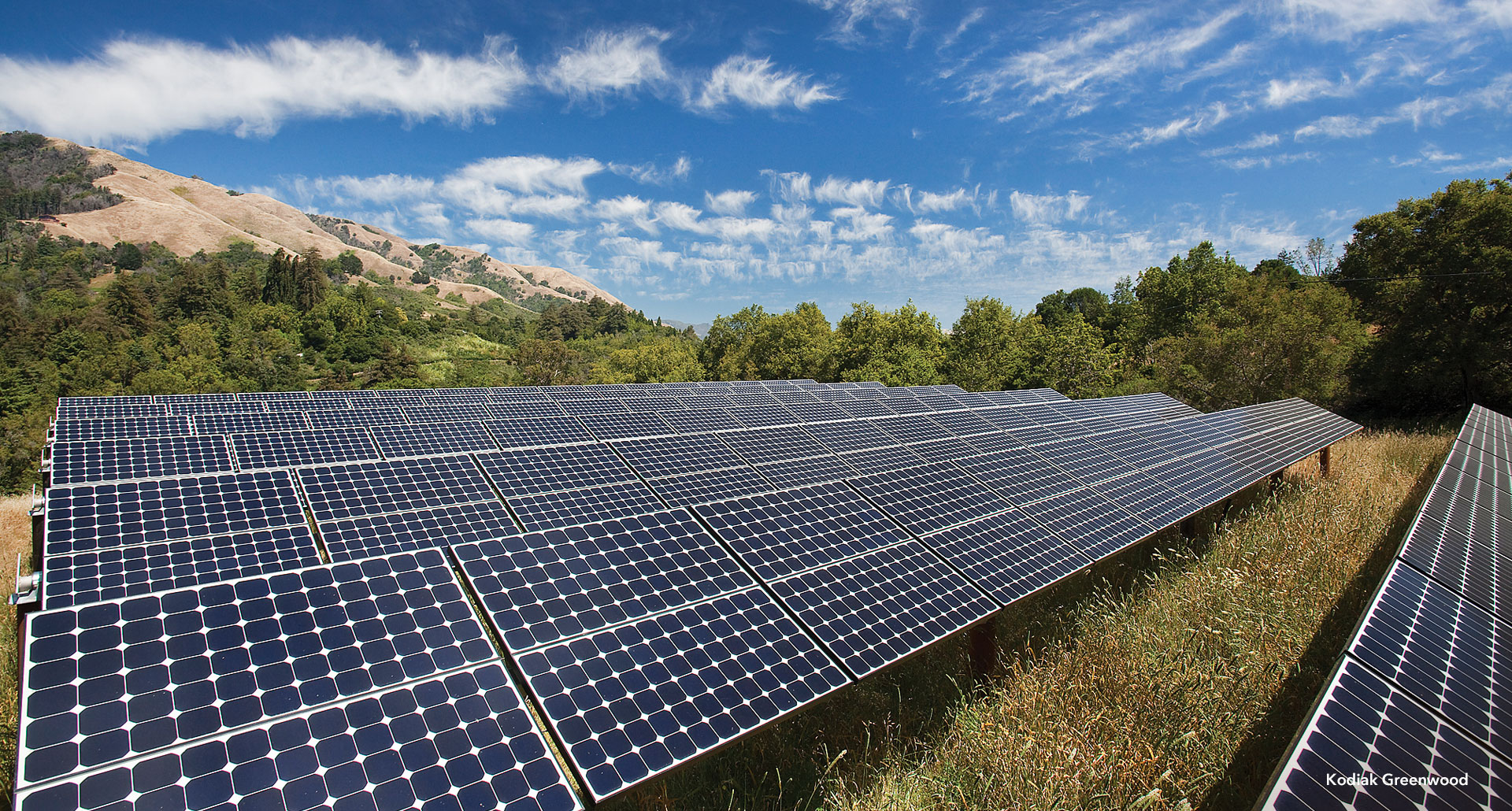 At its launch, Post Ranch Inn sported the largest solar power system of any California hotel.

The Big Sur Land Use Plan is a phenomenal effort to preserve a piece of California. And from where I sit in New York City, craving the escape of that wilderness, it sounds like one of the greatest American achievements outside of Yellowstone National Park. The goal, to keep Big Sur forever Big Sur, is one that feels impossible to critique. But once you’ve done your research, you’ll see that in the same way that hotel construction is restricted, so too is residential housing. And the newcomers who can build here are the ones who can afford the property and the costs of navigating the regulations. More than one observer has said the rich are gentrifying Big Sur, turning this glorious place — as a resident fighting the BSLUP foretold in 1986 — into a “playground for the very wealthy.” While Post Ranch and Ventana do provide housing for employees, the lack of affordable housing elsewhere means plenty of the region’s employees must sit in lines of traffic to reach their workplaces.

Big Sur can feel like an exclusive place, and to the extent that people can move there, it’s often magnates from Silicon Valley, sometimes building weekend getaways. “Finding affordable housing has always been tough here,” wrote one local journalist. “But with all of the tech money driving up the cost of living, it’s now very difficult for Big Sur’s working class. The woods aren’t gentrification-proof.” A quote in a New York Times piece put it another way. “The questions facing Big Sur are the same ones facing the Hamptons, Taos, Marfa and other bucolic destinations that become popular with urban elites. Can a place be considered ‘preserved’ if the local store now has a fantastic imported cheese section, but you have to drive an hour to buy twine?” 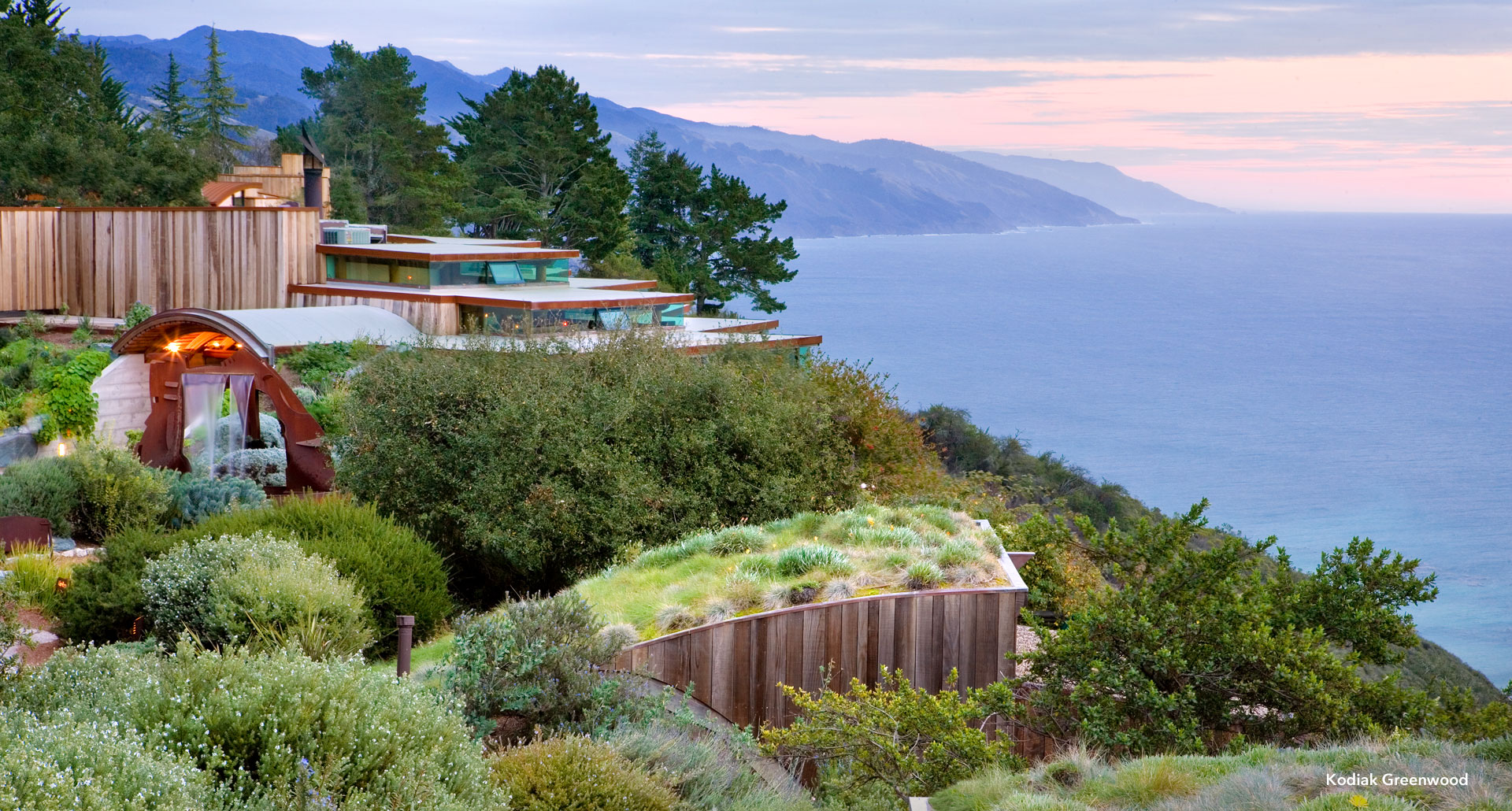 Another perspective on the Sierra Mar restaurant, a tourist draw in its own right, and the grass roof of an Ocean House 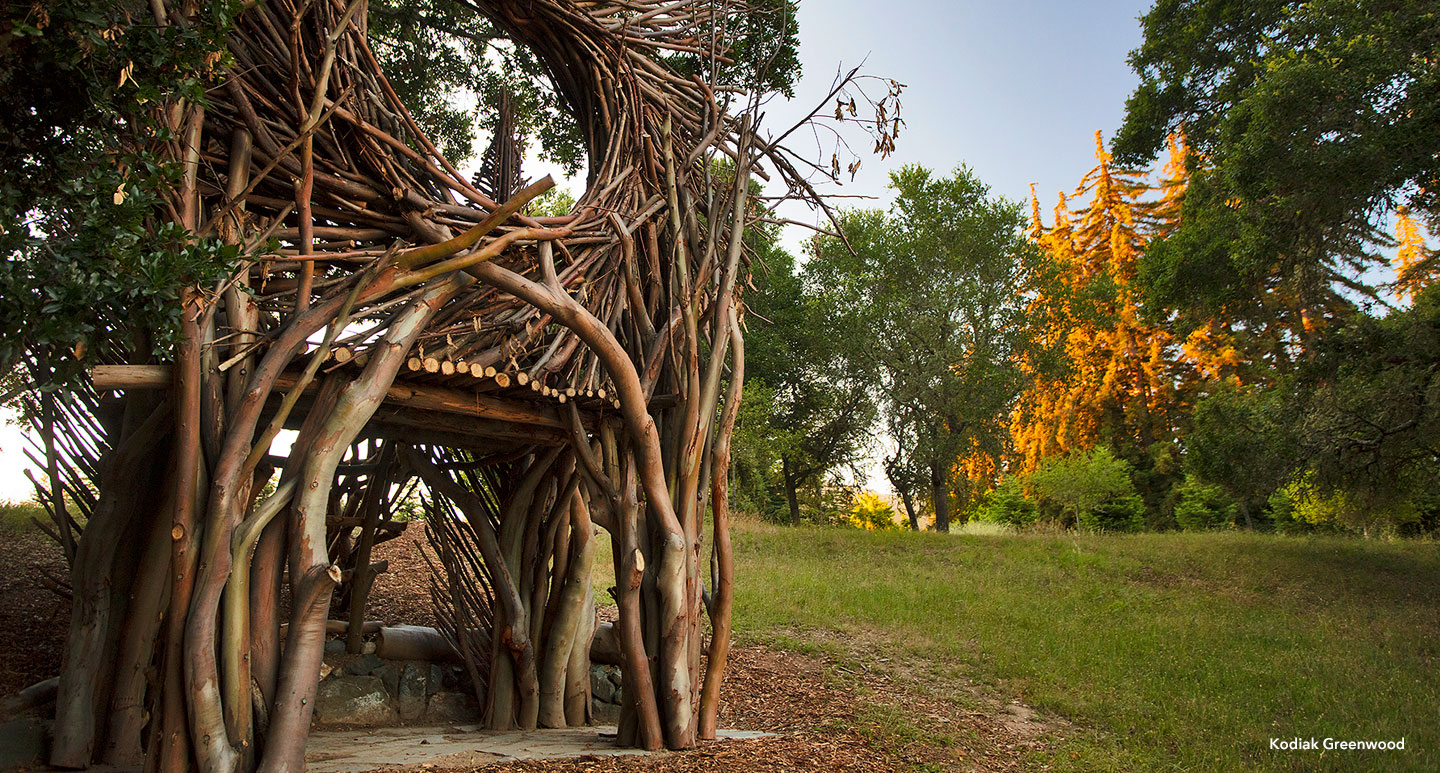 Guided hikes, yoga, and meditation all take place on the 100-acre grounds, which are peppered with galleries and sculptures by local artists.

Freed prides himself on the fact that Post Ranch Inn is an active participant in Big Sur, employing locals, protecting the environment, and putting money back into the community. But he also doesn’t shy away from the reality that those initiatives, and the type of service Post Ranch Inn provides, make it a luxury. And at 40 rooms, an exclusive one.

“It’s a really good question,” reflects Freed on the discrepancy between what I called the inclusion of the hippie ethos (he prefers “bohemian”) and the exclusivity of the luxury at a place like Post Ranch. Although the necessities of the pandemic will force them to momentarily change their policies, “Billy Post’s promise was to say, ‘look, a lot of people may not be able to afford our rates, but they should be able to come and see the property, have a view, have a meal, have a drink.’” 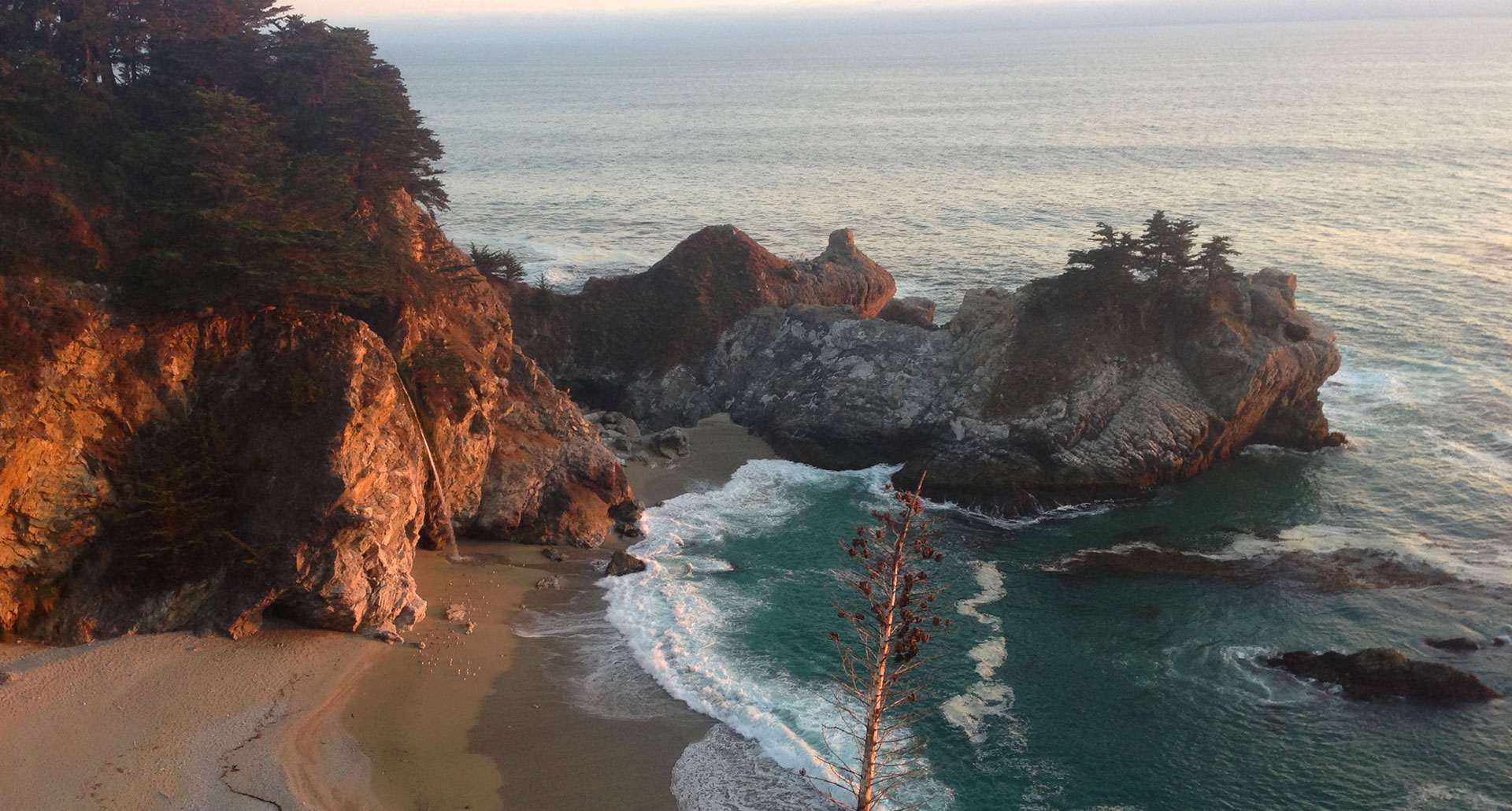 Favorites from across the country and Canada featuring oodles of flavor.