Born in Southern New Jersey, Yurko grew up as an art kid to his music teacher parents, developing a knack for pottery and sculpture in high school. “I think it informs a lot of the way I plate now,” he says, often playing with negative space, color and design whenever conjuring up a new after-dinner treat. After graduation, Yurko studied at the Academy of Culinary Arts in nearby Mays Landing, citing that the school “practically fed” graduates into the hotels of Atlantic City. Yurko, too, was fed into A.C., and used his new baking and pastry degree at Jamal Edwards’s Cuba Libre and dessert bar, Brûlée, constructing a three-course dessert tasting. “It was a great introduction to the culinary world,” he says. “I don’t think I would be where I am now if I didn’t have the opportunity to work with him.” 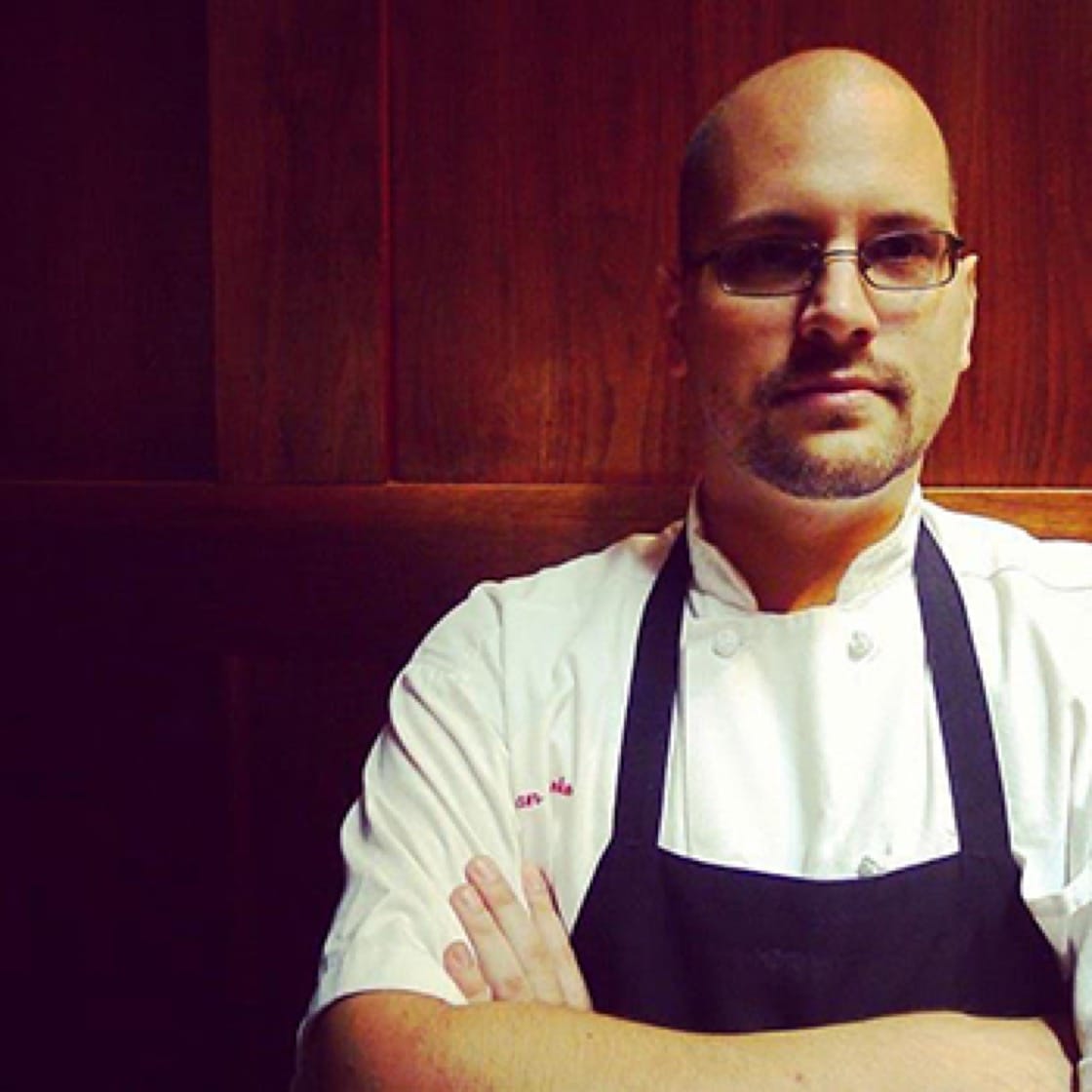 After the restaurant closed, Edwards pushed Yurko north to New York; his pastry chef friend, Kim, was working at the 21 Club and was in need of new hires. Yurko worked both pastry and savory at 21 Club for nearly two years before bouncing around the boroughs. Finally settling into Long Island City, Yurko, along with some friends, opened up Alewife, a popular beer bar tucked away off Vernon Boulevard. Over the course of a year, Yurko’s role grew from pastry chef to sous chef to all managerial tasks. “I did everything from top to bottom—it was a huge learning experience.”

Yurko then landed at Saxon + Parole on the Bowery as executive pastry chef. When the pastry chef left the now-defunct sister restaurant, Public, chef/owner Brad Farmerie tasked him with handling both programs.

Wanting to do something different and go more upscale, Yurko applied for a pastry chef position at The Clocktower. Currently overseeing a team of six, Yurko develops a concise menu using flavors that may or may not evoke past memories. “Pastry, as a whole, is already kind of grounded in nostalgia, from craving sweets as a kid to even now,” he says. “But usually I’ll start with a concept.” That’s how the ‘After Eight’—the mint chocolate favorite of the U.K.—started. “I like to start with something familiar to the guest so when they’re going through the menu, they can comprehend everything, but when it’s presented to them, it’s a surprise.” 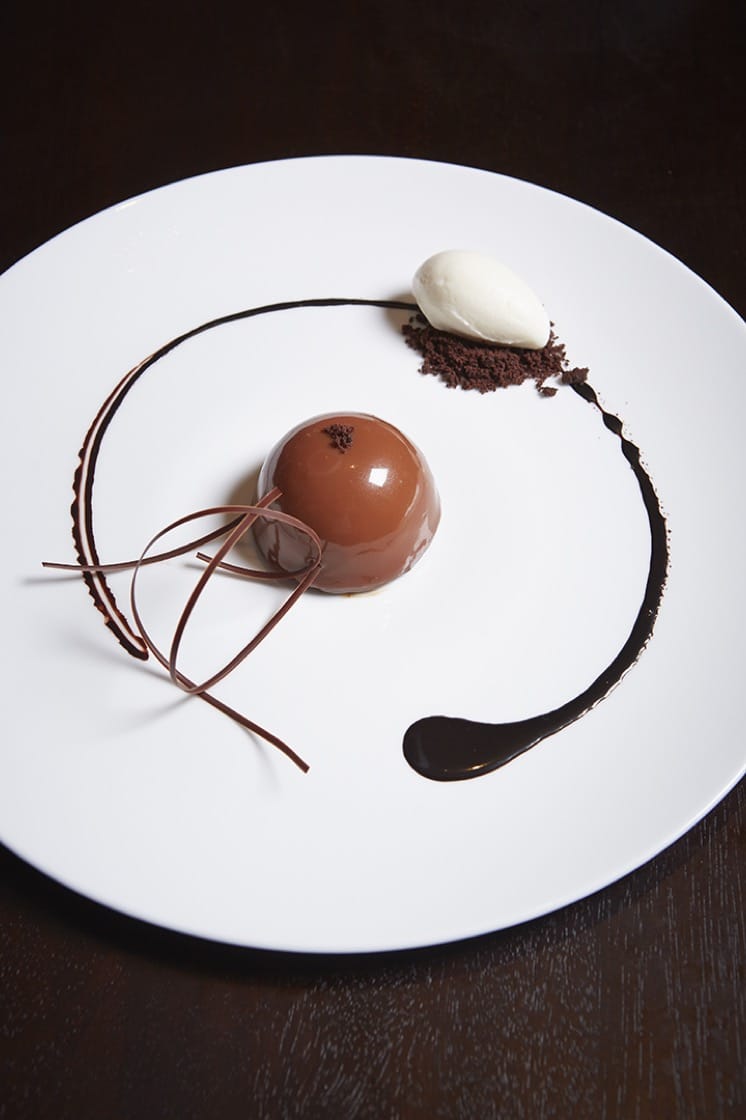 Like many chefs, Yurko is also driven by the change in season. Though the ‘After Eight’ is the star of the pastry menu—so much, so, that Yurko can’t take it off—it will get revamped with a fresh plating. “It will be a mint chocolate pudding with the same accoutrement, but it’s also a chance to look at the dish with fresh eyes,” he adds. “Sometimes it’s better to take a dish and tear it apart.” Snowplowing through spring, Yurko and his team are coming up with other ideas like an English pea and crème fraîche parfait, as well as a dish consisting of rhubarb and marshmallow. In late June, the menu will get revamped again to reflect all things summer, using things like fraise des bois from Spain. 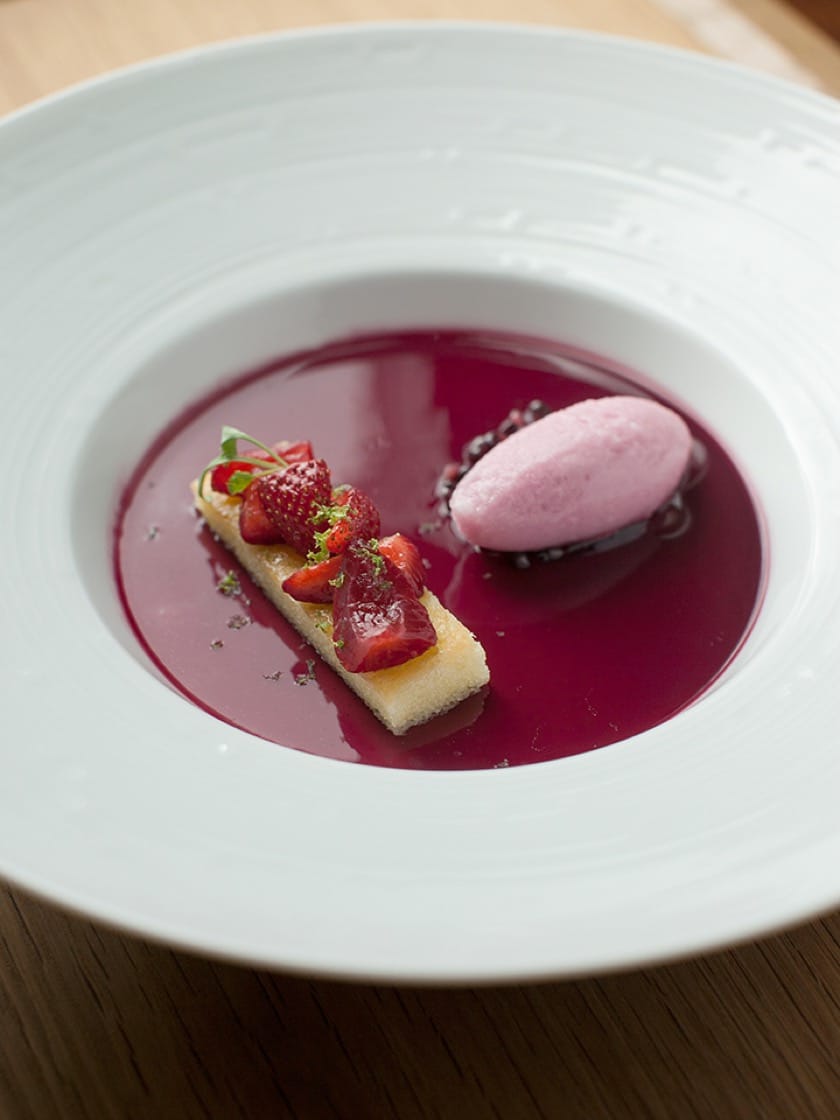 “I don’t like to repeat,” he firmly states. “I go through all the basics of what needs to be in a dish: texture, color, high-impact flavors and design elements. I usually start with flavors that I know work together—I call it my ‘mind-mouth’—and I’ll combine textures or techniques and things work their way out.” The cheesecake mousse with Earl Grey crisp, honeycomb and kumquat—a recent addition to the menu—is a prime example of this. Yurko has gone through five different recipes and at least 20 different tests and is still tweaking it to be fully functional for the staff to produce.

On his off days, Yurko typically sticks to Reese’s peanut butter cups. “Especially the Easter eggs. It’s the perfect ratio of chocolate to peanut butter.” He also takes inspiration from peers in the field, such as the great dessert menu at NoMad, a recent trip to Bastian in Nashville that left him beside himself, and Alex Stupak’s “super cool” avocado dessert at Empellón in Midtown.

Yurko also notes that, like savory cooking, pastry is a pendulum. “We’ve gone super modern and now we’re coming back to comfort foods,” he says. “Everything has its place.”