Chinatown’s new basement bar, Peachy’s, takes us down a much cooler path toward neuro-enhancement.

If you’ve never heard of nootropics, it’s likely because you live a healthy distance from California’s Palo Alto, where the new age brain-boosters can be found in nearly every tech star’s backpack. Many of these supplements have appeared in pill form thanks to nomadic enhancement seekers like Tim Ferris and Dave Asprey and packaged by companies with sterile health names like TruBrain and OptiMind.

But Chinatown’s new basement bar, Peachy’s, takes us down a much cooler path toward neuro-enhancement, one flush with pink neon signs citing “no photos, no fighting,” Gucci wallpaper and an inverted garden of peach blossoms, a Chinese symbol for young love and luck. The lively cocktail bar located beneath its Chinese Tuxedo sibling from restaurateurs Eddy Buckingham and Jeff Lam opened this spring. “This is the bar for people who are juicing by day,” Buckingham explains. “Millennials are drinking less alcohol than previous generations.” 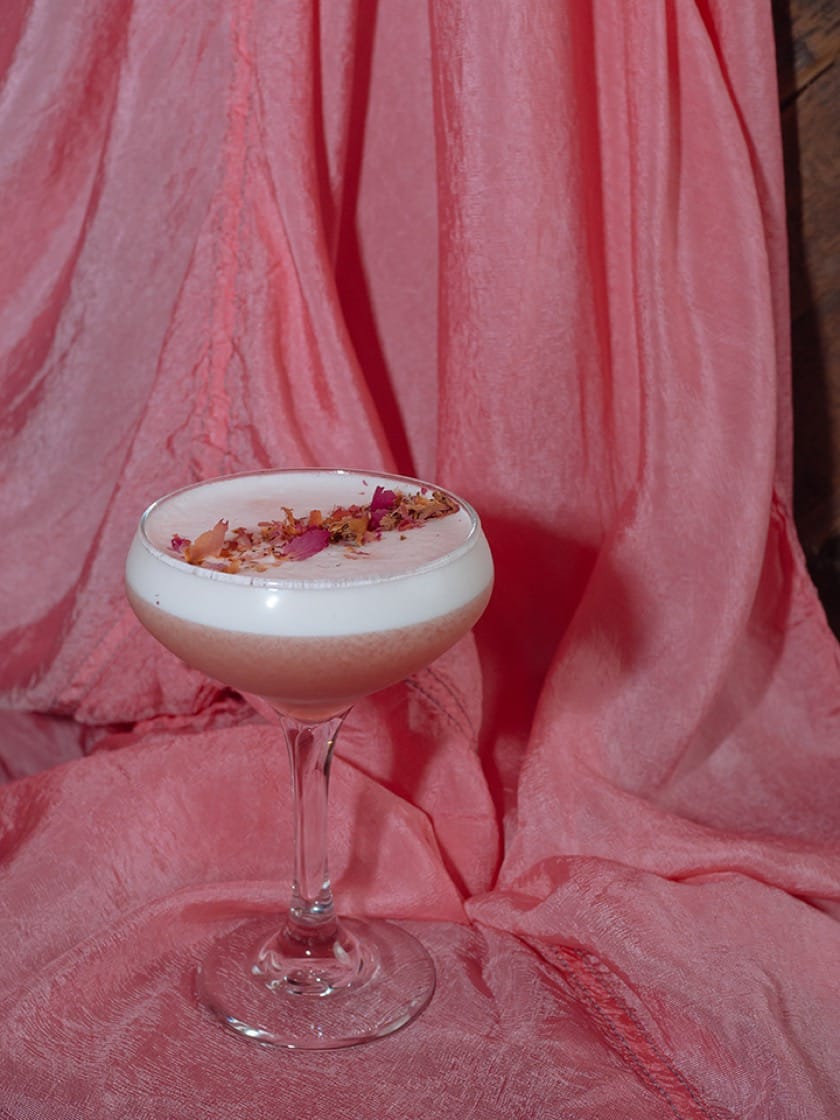 Cocktails at Peachy’s feature some of the nootropic world’s favorite ingredients—ashitaba, mucuna pruriens, astragalus, pine pollen, blue algae, spirulina and moringa leaves—alongside flavor-focused ingredients like cashew orgeat and cacao nib-infused mezcal. There’s a plan to add a cocktail featuring CBD—the pain-reducing, non-psychoactive component of cannabis that’s making recent waves in New York’s food scene (everyone from The Standard to artisan ice cream shop Van Leeuwen to Bushwick’s Lot 45 have offered it on their menus)—but Buckingham holds off. “I don’t like working with CBD oil in cocktails,” he tells us. “It’s not water-soluble, so it doesn’t incorporate well. I’m waiting on a shipment of the water-soluble version from a company in Colorado.”

Buckingham gained fandom last year for his rainbow latte at his recently-closed vegan café, The Good Sort. The latte’s unique look came from layering different densities of nut milks flavored with superfoods like beetroot and spirulina. Following the success of this day drink, Buckingham began experimenting with the latest brain fog-beating powders from the California company Sun Potion whose company tagline is “We want you to feel amazing.” Peachy’s features a nighttime version of the same rainbow latte with one twist: rum. 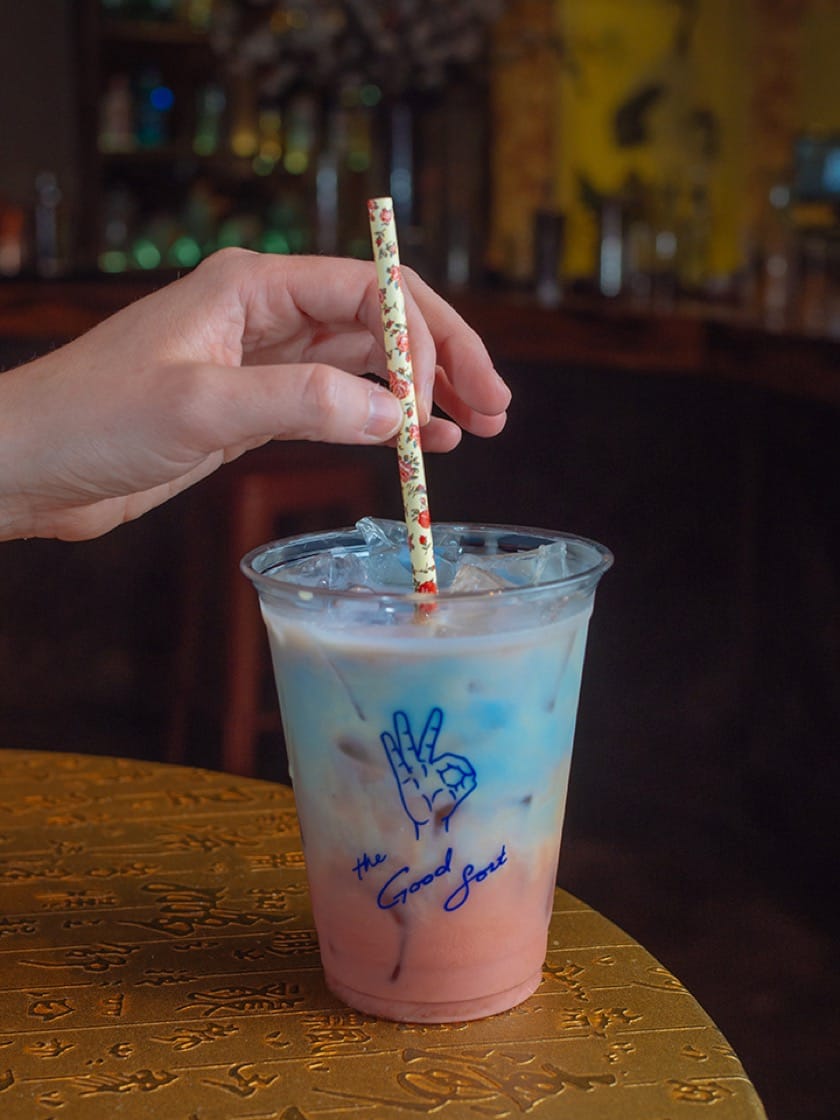 The Good Sort Rainbow Latte is a riff on Buckingham's nonalcoholic version he once served at his (now-closed) vegan café.

In this day and age, you want a bartender who considers your brain when putting together your cocktail, as well as a million ingredients you’d have trouble tracking down for your own kitchen. Peachy’s tackles both.