Who says staying healthy is a time-consuming pursuit?

These days, keeping healthy can seem like an uphill battle as work and commitments take up the most of our time. Even joining a gym and fully utilising its facilities can seem prohibitive, much less taking the time and energy to cook nutritious meals at the end of a long day.

Thankfully, there’s a host of kitchen technologies that take up minimal effort in preparing delicious, healthy food. From blenders to weighing scales, slow cookers and even a sous vide gadget, we’ve rounded up seven of the most vital appliances for you to aspire to greater health.

A look at how Kitchenaid's Pro Line Blender works. Credit: Kitchenaid's Youtube Channel
Kitchenaid Pro Line Series Blender
When it comes to healthy eating, few other gadgets can beat the utility of a powerful blender as it lets you puree food in a snap. Think smoothies, healthy dips to eat with vegetables and even nut butters. This Kitchenaid blender though comes with a soup recipe setting which heats the mixture as it blends taking just five minutes of your time to make a nutritious meal.

Weighing Scale
What gets measured gets managed, and that’s especially true when you’re on a diet. It might sound extreme but eating by the gram is a fairly accurate way of measuring calories. This way, everything from your chicken breast to cruciferous greens can be tracked so you’ll know the amount of proteins, carbohydrates and fat you take in per day. 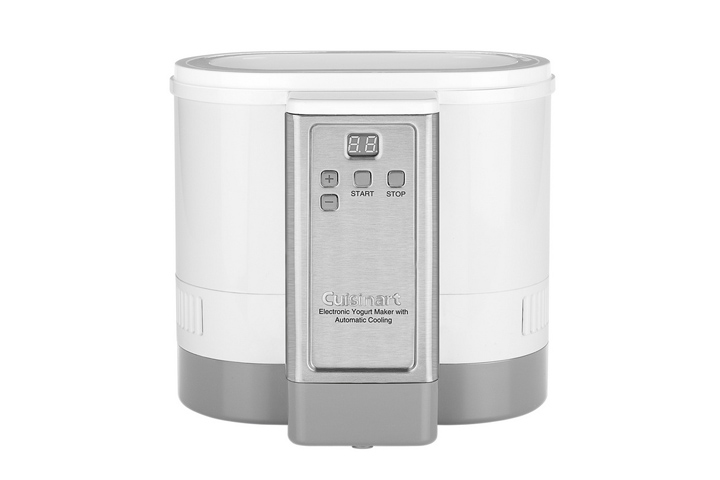 Cuisineart’s Yoghurt maker
Your digestive system is an important factor in the health equation for what good are the cleanest ingredients if they’re not digested well? Give the commercially produced yoghurts a miss and make your own instead. It gives you full control of the amount of sugar, additional flavours and even the quality of the dairy you wish to use. The Cuisinart yoghurt maker is one of the few models in the market that includes a cooling system which essentially lets you store it in the appliance itself so you don’t have to worry about your precious creation going bad.

Slow cooker
If you’re one for hearty stews, fork-tender meats or congee then a slow cooker is a boon as it cooks your food for long hours at low heat. Red meats, often off-cuts like chuck or rump shine using this technique. Simply place all your ingredients into the appliance and let it run as you head out or go to work. For those who are truly time-pressed, here’s a food hack: freeze all your ingredients in separate bags ahead of time. The beauty of a slow cooker is that it will heat your frozen recipes and still cook it through.

Nut milk maker
Soy milk makers have been on the market for a while now, but with a bit more elbow grease, other nut milks can also be made at the push of a button. Proponents of nut milk have long touted the benefits, they’re delicious, nutritious and perfect for those who are lactose intolerant. To make a batch, soak your choice of nuts overnight. This breaks down the phytic acid within the nuts which otherwise inhibits digestion. Next, simply fill up the soy milk maker with water, place your nuts inside and let it work its magic. Once everything has been blended, strain the mixture with a cheese cloth and give it a good squeeze to make sure no amount of liquid is left. 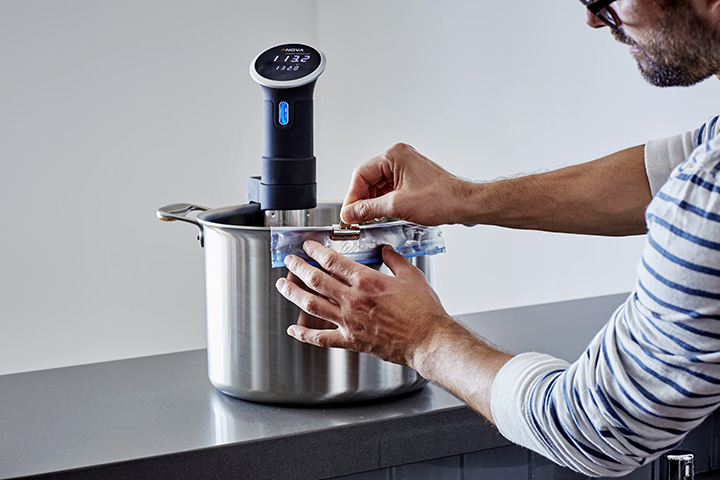 Anova's Precision Cooker. Photo credit: Anova.
Anova Precision Cooker
Sous vide machine technology, once fancy wizardry belonging only to chefs is now easily available to the home cook. That’s thanks to the Anova Precision Cooker, an affordable device that you can place in water to heat it up to precise temperatures. The benefits are plenty: imagine leaving for work and then coming home to perfectly confit salmon. Or how about having eggs for breakfast cooked to your preferred doneness while you shower in the morning? All you will need is your own container or a pot, set the time and temperature to your desire and place your meats in a re-sealable bag.

Microwave steamer
Forget about putting vegetables over a pot of boiling water to steam. Microwave steamers will get the same job done in just a matter of minutes and lets you save water to boot. These are essentially two tier containers which holds water in one layer and vegetables the next. Just be sure to steam vegetables which require similar cooking times. Broccoli, carrots, cauliflower and even asparagus work well together while Asian vegetables like bok choy and choy sum are better off steamed separately.