It might be a self-fulfilling prophecy when organic grocer Whole Foods Market predicted produce of purple colour would take over the world in 2017. Given its influence over the natural food market, green eating bloggers and influencers all took the cue and renovated their pages with a new shade.

Are purple foods worth the hype though? Absolutely. Ingredients such as purple cauliflower, black rice, acai, purple corn and elderberry are rich in anthocyanin, with which come antioxidant properties to fight heart diseases, lower inflammation, and prevent aging. With so much health benefits at stake, we’ve selected five purple foods you need to stock in the pantry. 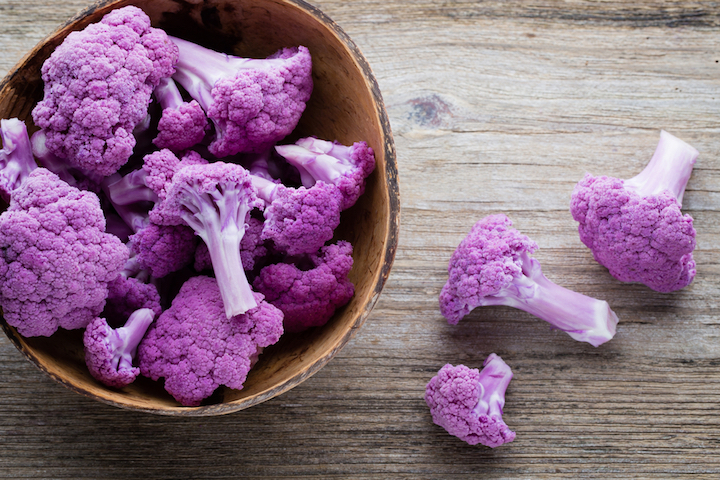 The colour of purple has been associated with prestigious status since Julius Caesar. As gastronomes look for the next food nobility filled with nutritious substances, enter “violet queen”. Beyond the beautiful hue, this Mediterranean cauliflower boasts sweeter flavours than its white and green counterparts. The antioxidants in the vegetable help combat diabetes and heart diseases. Its finer fibre structure also means that it can be digested more easily.

Cauliflower rice is an easy (and fashionable) way to work the “violet queen” in your daily meals. It only takes 10 minutes from blitzing a head to serving the cooked “rice” on the table. High in Vitamin C and low in calories, it’s the dream carb replacement.

This curious invention from the bakery has yet to hit the market but already stimulated discussions. With high glycemic index, white bread often leads to higher blood sugar levels. It’s also seen as a high energy food, something not particularly welcomed by individuals on weight control. Food scientist Zhou Weibiao at the National University of Singapore took on the task to create a healthier alternative, and his solution includes anthocyanins from black rice which adds antioxidants and the eye-catching purple shade to the baked good. Digested 20% slower in the human body, the purple bread potentially makes us eat less and feel better on the scale. 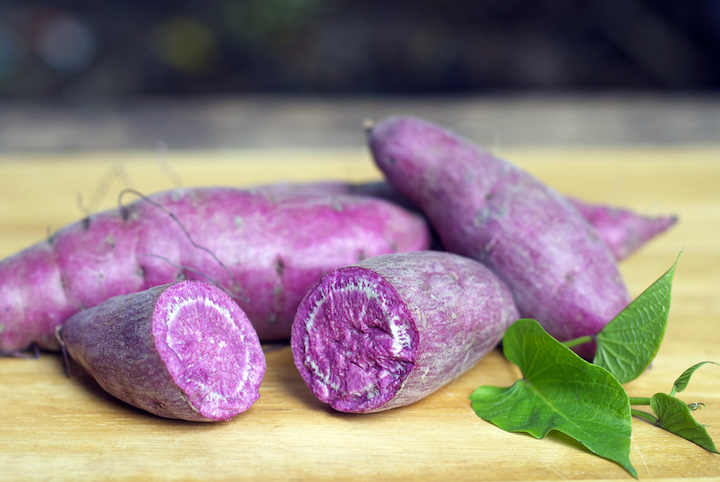 Ube, or purple yam, has quickly grown into the national food of the Philippines. The tuber has long been used locally on all kinds of desserts. This tradition caught fire in North America and turned into an online sensation. After the success of the ube donuts sold for USD40 per dozen, New York-based Manila Social Club in New York launched an infamous edition coated in gold with champagne icing and yam mousse filling. Each donut costs USD100. Packing an vibrant shade and floral notes alongside the antioxidant banner, one can expect the Filipino favourite to stay on the gastronomic radar for a while. 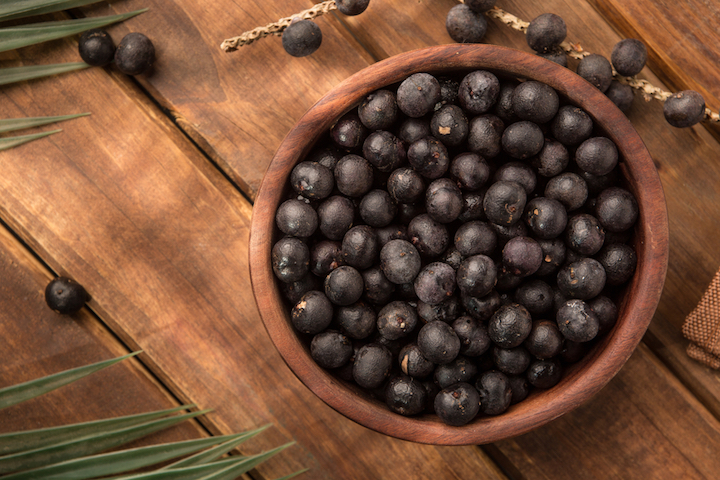 The Brazilian berry could well be the Cinderella of all foods. Hailing from the Amazonian rainforest it became the hot item at cafés frequented by Hollywood superstars overnight. The main reason behind is its antioxidant content, eight times the amount found in blueberry and potentially 30 times that of red wine – no wonder it captured the attention of the youth-obsessed showbiz. The berry also contains Oleic Acid which reduces blood pressure and aids fat-burning, in addition to iron, Vitamin A, dietary fibre and 19 kinds of amino acid. As a result, we find our food stores populated with products made with acai. But to make the most of its benefits, it’s best to pay attention to the production and compositional details of the specific item.

Pomegranate tips towards the purple-red in the spectrum colour. It has been championed by cultures across the world. For instance, it was used by ancient Greeks and Indians to cure female hormonal issues. In addition to this, Traditional Chinese Medicine (TCM) attributes the abilities to tackle thirst, blood spillage and diarrhoea to the fruit. Beyond the curative functions, it was a sign of prosperity to ancient Egyptians and a natural aphrodisiac according modern medicinal studies.

The list doesn’t end here. Pomegranate carries 60% higher potassium content than banana, three times the antioxidants of green tea, and more lycopene than tomato and watermelon. If you wish to strengthen your bones and muscles, prevent artery blockage and heart diseases, or repair DNA damage, pomegranate is the food you should get a hold of. As brilliant the fruit is on paper, it should be eaten with consideration of personal body condition, just like any other produce. Those with constipation and a bad digestive system need to watch their intake or avoid it altogether.

While purple foods are all the rage, TCM specialists and nutritionists recommend an ideal diet with foods of all hues. Enrich you the colour palette of your kitchen with the ingredients below:

Organ it controls in TCM: Liver

Organ it controls in TCM: Heart

Organ it controls in TCM: Spleen

Organ it controls in TCM: Lung

Organ it controls in TCM: Kidney