Hop Sze is located on the ground floor of an old building in Sai Wan Ho. Its shopfront is small and nondescript, and its interior narrow. Inside, six tables are placed so close to one another, diners’ backs almost touch each other when seated.

However, the restaurant still fills up with guests nearly every evening.

“I’m sorry, we’re full until next month,” a middle-aged woman at the restaurant tells a customer who has just called to reserve a table. The woman is none other than Lam Suk Kiu, one of the co-owners of Hop Sze.

Thirteen years ago, Lam approached chef Wong Wing Kuan, whom she had known for many years, to open Hop Sze restaurant together. Lam has a lot of experience in this field: In 1976, at barely 20, she had started her career as a floor manager and worked her way up at many restaurants over the years. With her enthusiasm and drive, she finally became a restaurant manager at the age of 30. In 2006, she decided to have a go at being her own boss, and roped in Wong to establish their own space.

READ ALSO: What Our MICHELIN Inspectors Say About Hop Sze 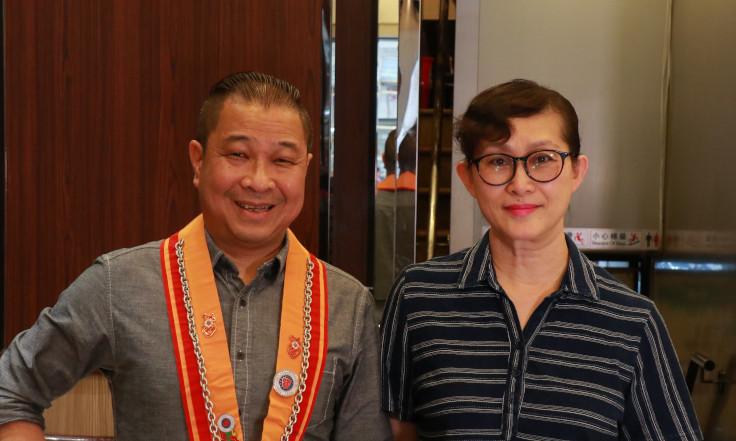 Making the most of a tiny space

Before starting her own business, Lam had been very optimistic about its success because she had worked at a restaurant in a neighbouring middle-class housing estate and had gotten to know many of its regulars over the years.

“Back then, I’d assumed that many of my former patrons would come to visit us. How naive I was!” says Lam, laughing. In the early days of the restaurant’s business, she noticed that its interiors and location could not compare with that of major restaurants, and because parking was inconvenient, her wishful thoughts did not materialise, resulting in average traffic. Nevertheless, she was not discouraged. “We told ourselves, if location is not good enough for others, then let’s work hard on our food,” says Lam.

Lam was lucky to have Wong as a long-time buddy who was just as determined to make good food. The two hatched a plan together. “Flexibility is one of the advantages that small restaurants have. Unlike bigger restaurants, our processes are less complex. If there’s anything I wantto change, I simply have to tell Wong,” says Lam.

The duo put the small restaurant’s flexibility to good use. For instance, guests can pre-book from a menu of fixed dishes when making their reservations. Lam would then pay attention to the customer’s request to make the dish stronger or lighter in flavour, and then communicate that to Wong to have it prepared to the customer’s desires — all without placing too much burden on the kitchen.

Similar to a private dining format, the restaurant’s menu boasted of more than ten pages, but should guests have special off-menu desires such as braised oxtail, fried glutinous rice or Eight Treasure Duck, the restaurant can make them on request. 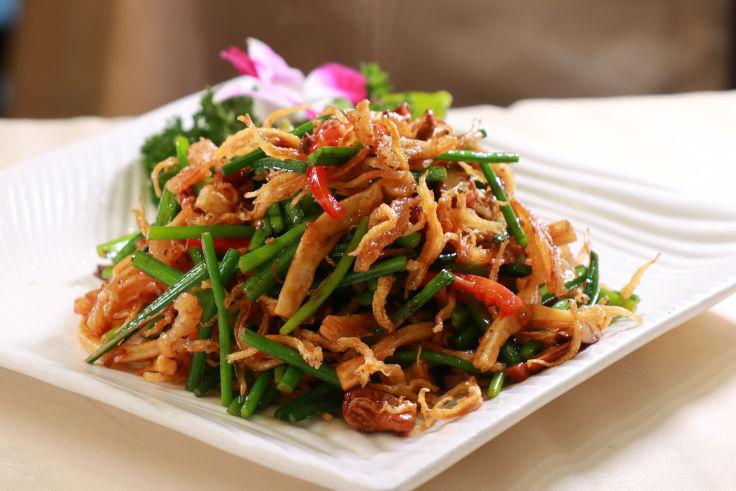 Creating their own style

Wong started out as a chef in 1979 as a specialist in Chinese cuisine without formal culinary training. Prior to this venture, he had worked in many traditional restaurants, where he had attained solid mastery in his kitchen skills. The two divided themselves to manage the main hall and the kitchen respectively. Additionally, Lam often shared with him feedback from their guests about the dishes, and this was how they gradually improved on the consistency of their quality. Over time, the pair had not only transformed an unknown, no-name restaurant into a well-known restaurant that was the talk of the town, but they had pulled it off in their own style.

“Small Chinese restaurants exist everywhere. If you want repeat customers, you have to give them a distinct flavour. This is my motto,” says Wong.

This is why customers who go to Hop Sze see a lot of homestyle dishes well-loved by Hong Kongers. They may not sound different from what you can get at other eateries at first but once you’ve taken a bite, you’ll discover their unique flavours. For example, Hop Sze's shrimp toast uses shrimps that fresher than what you’ll find elsewhere. That’s because other than including a large piece of shrimp, Wong has added a lot of minced shrimp, which makes every bite of this dish sweeter and more refreshing than usual. To ensure its umami taste, he makes the minced shrimp fresh every day. 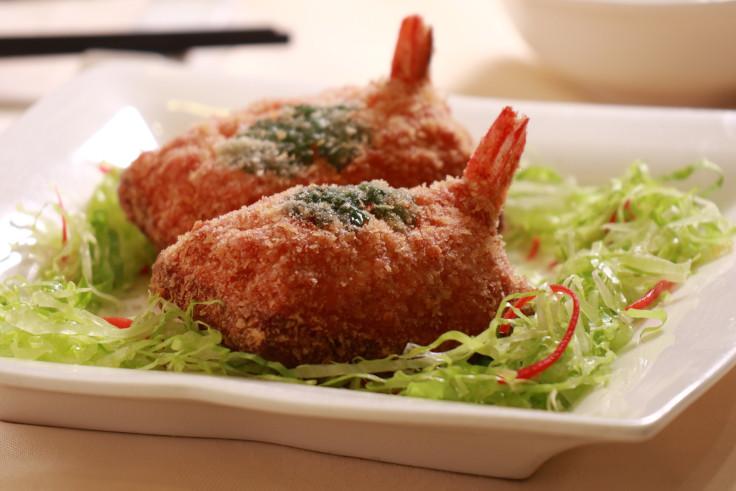 Wong also has his own way of preparing chicken. For example, if a customer orders soy sauce chicken, he would use chicken that had been delivered that morning. But if the customer had ordered the same dish in advance, he would make a special trip that afternoon to buy chicken that is butchered only then to prepare it.

“I’m very particular about the freshness of the chicken in the dishes I make. Chicken that is delivered in the morning wouldn’t be as fresh by the evening, but I still have to prepare soy sauce chicken in case customers order it. If guests pre-order, however, I would have time to stock up and I will make another trip after lunch to purchase chickens that are slaughtered only in the afternoon. These chickens are much fresher. There’s an advantage in placing your orders ahead of time,” explains Wong.

Another signature dish, named King Of The Stir-fry, is a dish that can be eaten at numerous neighbourhood restaurants, but Wong’s rendition pays plenty of attention to the details. For instance, he fries the dried whitebait, dried shrimps, and dried squid separately and never together at once.

“It’s an important step to make this dish really stand out. In addition to wok hei, it’s very important that every ingredient has the right texture. Fried whitebait, dried shrimps, and dried squid each have an ideal cooking time. Even though frying them separately requires more steps, the dish tastes much better when it’s prepared in this way,” says Wong. 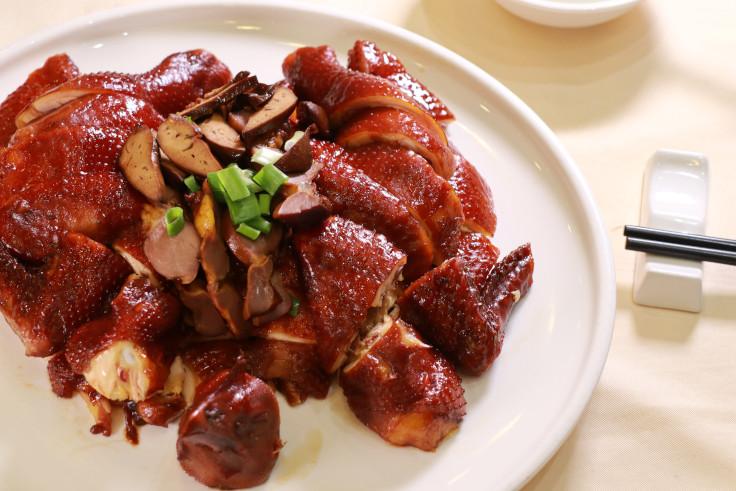 If customers order in advance, soy sauce chicken would be made with chicken that was freshly slaughtered that afternoon

With such close scrutiny of its ingredients and cooking methods, the cost of running this business is certainly not low. Dishes here are relatively more pricey compared to other venues in the same district. Appetisers such as braised fish head pot, stir-fried tofu with dried shrimp roe, pan-fried pork chop made with first-extract soy sauce cost more than 100 dollars per portion, while every piece of crispy fried chicken is priced at more than 300 dollars. The bulk of the restaurant’s clientele are not from the area, but who had come in admiration from further afield. After receiving the Bib Gourmand recommendation for the first time in the MICHELIN Guide Hong Kong Macau 2020, the business has become even more popular, which makes both Lam and Wong happy yet anxious.

“The first time we got the award, we were overjoyed, but because we have limited seats in the restaurant, we were worried about not being able to seat everyone,” Lam says.

"We will embrace what fate bestows upon us! I believe that guests who appreciate us will be willing to wait,” Wong says with a smile.

This story is written by Joe Chan and translated by Tang Pin-Ji. Click here to read the original article.