We’re constantly looking for ways to keep our body hydrated, especially as the weather forecast for the coming months is typically hot, hot, hot. Other than drinking water, studies point out that eating food with high water content could help you achieve even better results in this regard. The following seven types of hydrating food might be what you need in your diet. 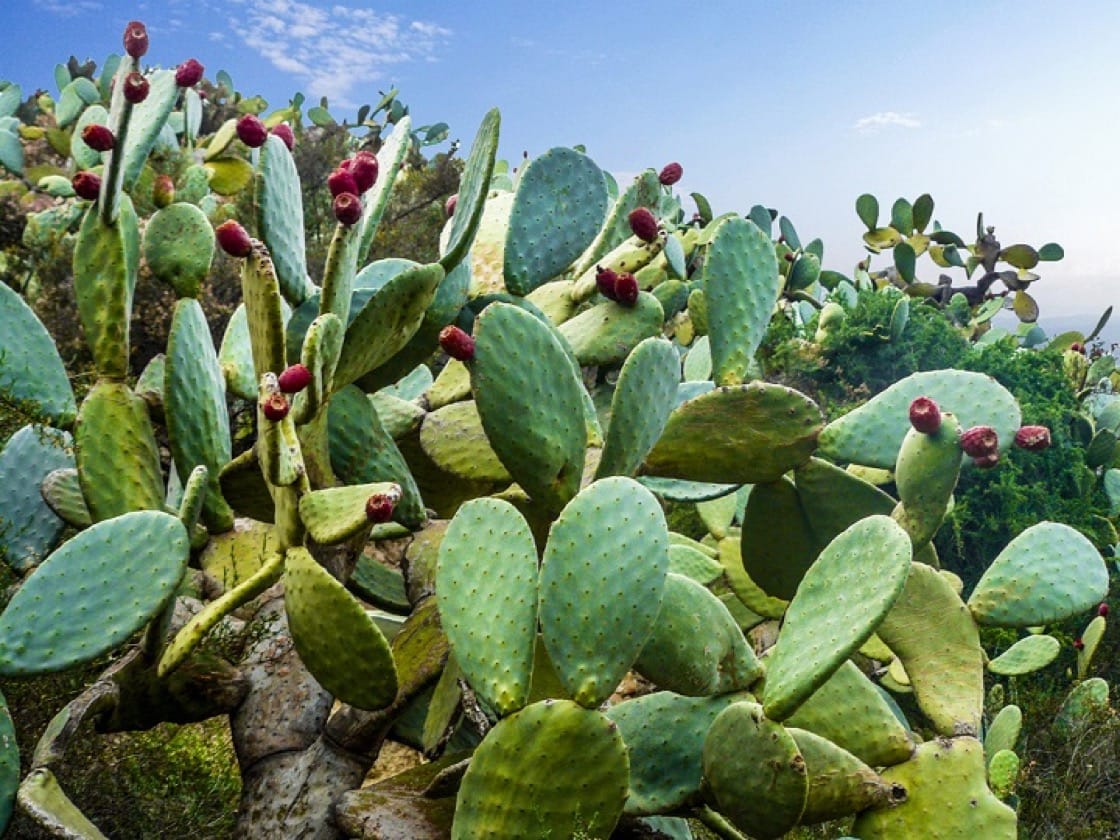 Water-rich cactus could be the next coconut water to break into the health food market.

Often associated with the barren deserts of Mexico, cactus has proven its resilience for a very long time. The plant’s ability to thrive in the punishingly hot climate can be understood through its compositional structure. The absence of leaf minimises loss of water content that is stored in the thick trunk. Cactus is made of 80% water and 20% sugar, alongside rich reserves of antioxidants, electrolytes and flavonoids. Bear Grylls, host of survival TV series Man vs. Wild, describes cactus water as warm cucumber juice. Its business prospect is looking up according to industry insiders. Will it be the next coconut water? 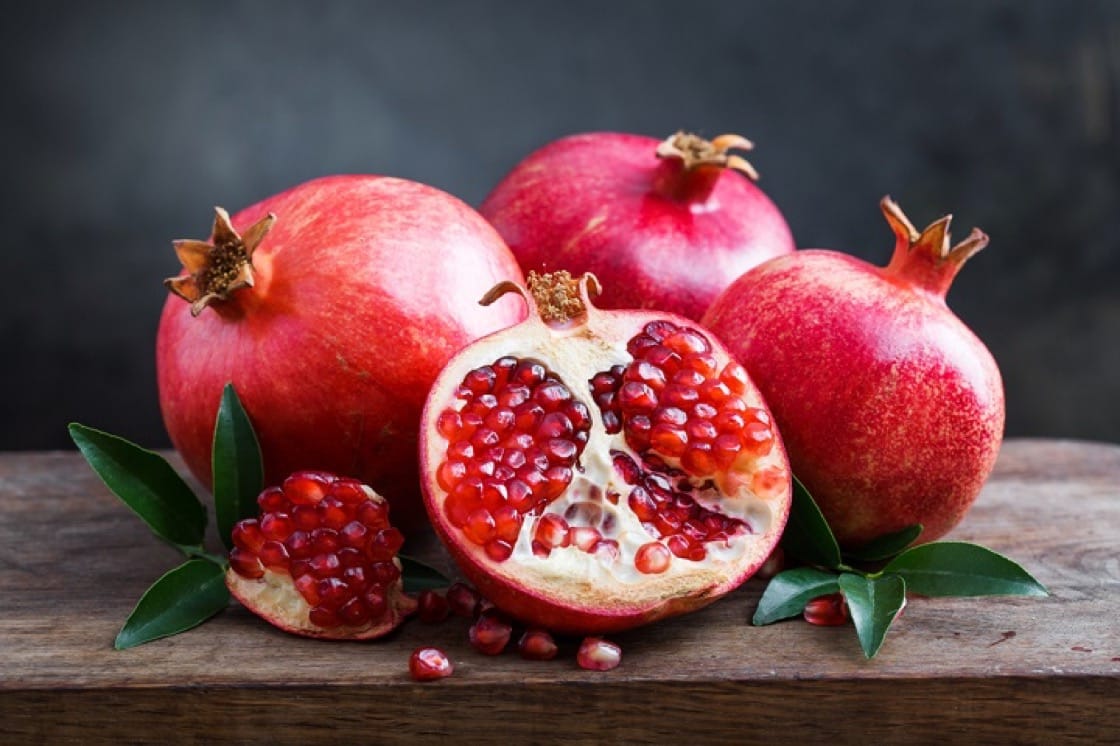 Pomegranate is best eaten in summer as it rehydrates the skin rapidly.

There’s no way pomegranate is left out of the conversation about fruit that helps us combat the heat. Not only because of its deep red colour, pomegranate’s sweet and sour taste also stimulates our appetite during summer. The functions of anti-ageing and reinforcing the heart have won the fruit many fans, but its hydrating property — especially effective on our skin — shouldn’t be overlooked either.

Something that’s not so pleasant to eat is its seeds, where the anthocyanidins and minerals are preserved. Many people solve the problem by putting the pomegranate into the blender to make utterly delicious pomegranate juice. But this fruit juice isn’t foolproof: those with diabetes or low blood pressure and long-term medicine users should eat it with caution. 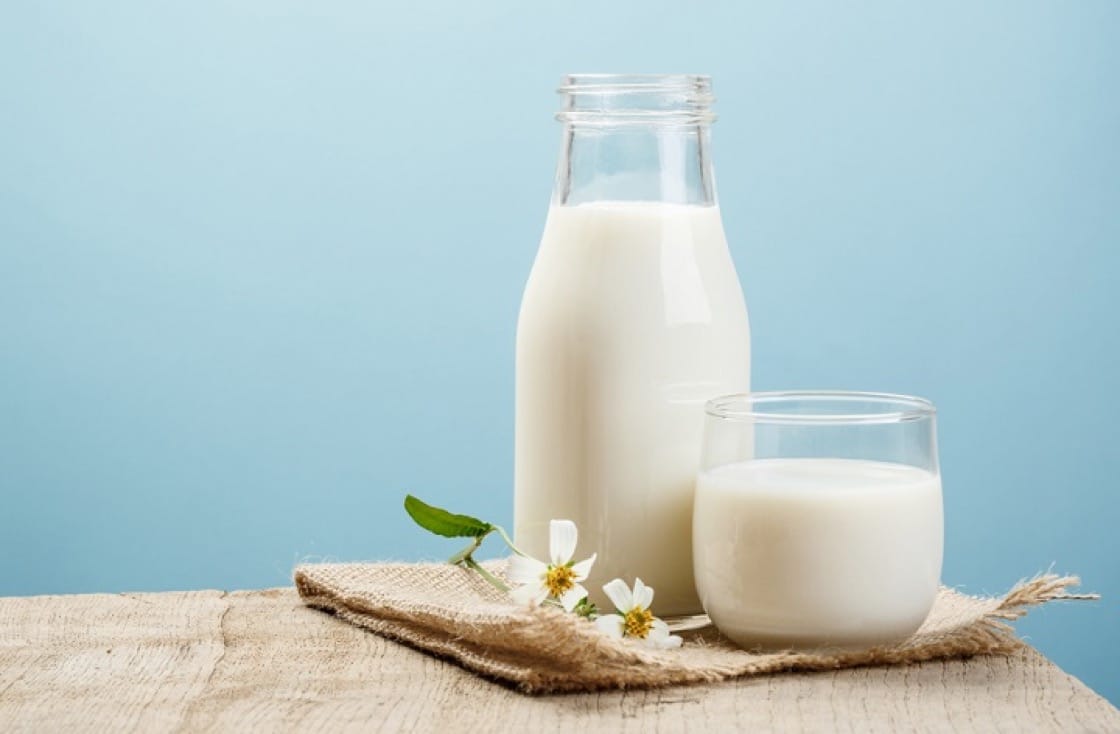 Milk is more hydrating than pure water, as it is retained in human body for a longer period of time.

Yes, it’s true. Following the study of Beverage Hydration Index from the United Kingdom, milk is ahead of water and close to sports drinks in its hydrating ability, as it stays in the body for a long period of time. When we drink water, our kidneys produce more urine to pass excessive liquid out of our body. In other words, continuously pouring water into the body doesn’t mean you would get hydrated. Rather, it could create pressure on the kidneys. On the other hand, milk has potassium and sodium which ease the speed of the body releasing fluids.

Unfortunately, not everybody is able to reap such benefits. Milk is out of question to those who are lactose intolerant. Besides that, you take in more calories and gain weight from drinking too much of it. The suggested amount of daily consumption varies from one country to another, ranging from 450ml to 850ml, with Spain recommending a whopping daily intake of 1,000ml. 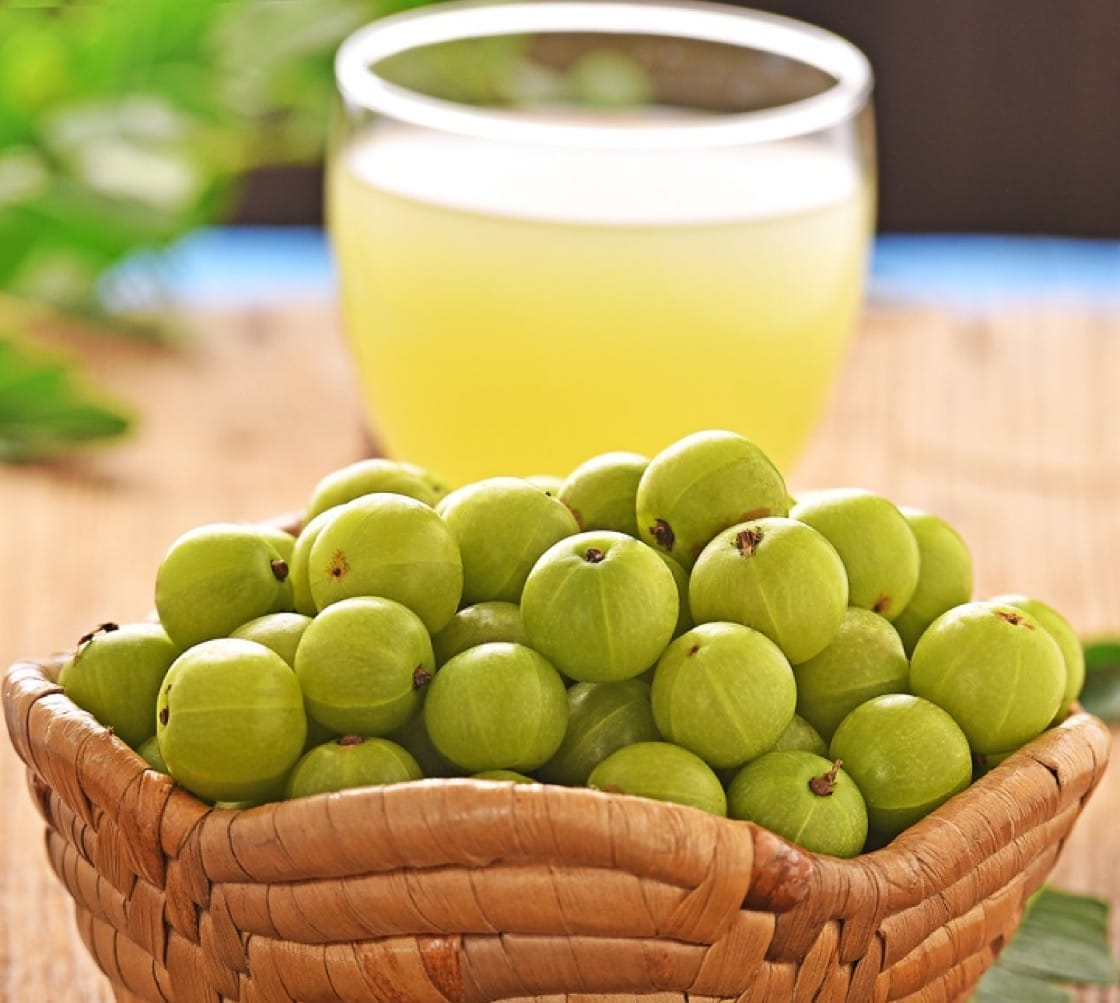 Emblic is sweet and sour and creates a tingling sensation. All these facilitate the production of saliva, preventing thirst and dry lips

This Indian superfood, also known as Indian gooseberry, is catching the eyes of the world for its antioxidants. Among all fruit, emblic has no competition in terms of vitamin C content: four times the amount of kiwifruit, 20 times of orange, 100 times of apple. It is great in combating the heat as well. At the first bite, the fruit tastes sour and tingling, but a mild sweetness hits the taste buds gradually. Such flavours make it a delight for summer, accelerating the production of saliva to prevent thirst and dry lips.

In addition, it was integrated into the system of traditional Chinese medicine 2,000 years ago, having the function of relieving body heat and cooling the blood, as well as quenching thirst and curing sore throat. Make sure to add it to your summer fruit shopping list. 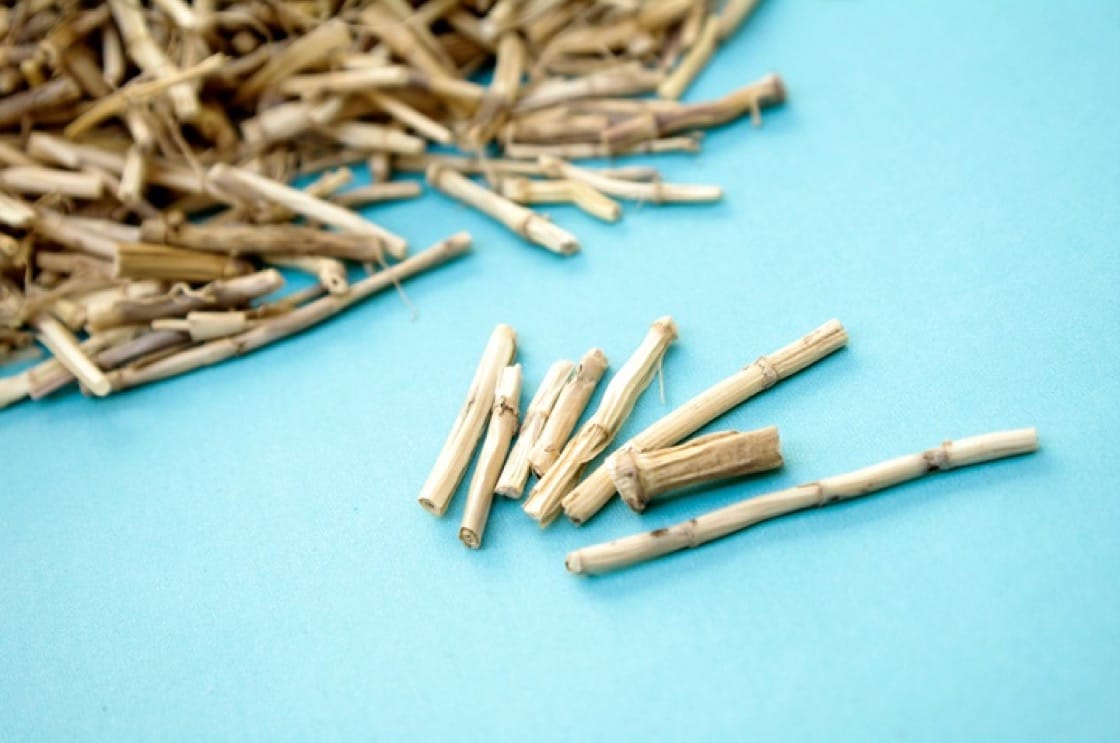 Couch grass root’s sodium and potassium are ideal agents for hydration and diuresis.

Don’t mistake couch grass root for lemongrass, even though its sweet and refreshing aroma are just as relaxing. Classic Chinese medicinal literature Compendium Of Materia Medica documents its function in soothing body heat and promoting diuresis. Having a cooling property, it’s been adopted by the masses since the ancient times to fend off the body heat caused by the summer weather.

Modern medicinal experiments demonstrate couch grass root possesses great amounts of sodium and potassium to help us stay hydrated and pass water. If you work or live in a high temperature environment, it’s a good idea to pair it with chrysanthemum to boost the cooling and detoxifying effects. One thing to note: to preserve the potassium, don’t steep the couch grass root in water for too long. It’s not recommended to be eaten continuously for an extended period of time. People with a weak spleen should be even more careful. 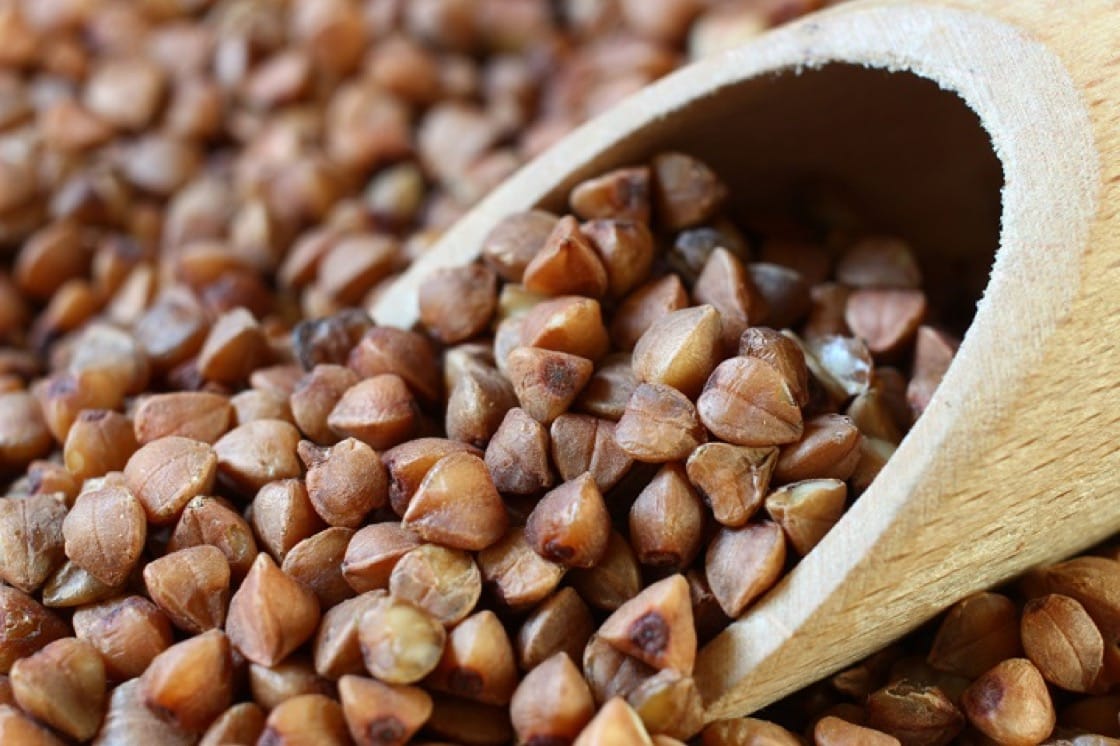 Absorbing a great deal of water during cooking, quinoa’s hydrating ability is not to be underestimated.

The queen of all grains is still going strong. Since selected as a space food by the National Aeronautics and Space Administration in the United States, this crop born in the Andes mountains thousands of years ago has found its way to stardom. Being low in fat and high in fibre makes it popular with the weight-conscious crowd as an alternative to rice and congee.

Not only is it concentrated with protein and amino acid, it also contains 70% water after cooking, making it a marvellous option for hydration. Among quinoa of different colours, there isn’t a discrepancy in water absorbent ability. But if taste and texture matter to you, remember the white variety is looser, the red one has a stronger bite, while the black one has nutty notes. 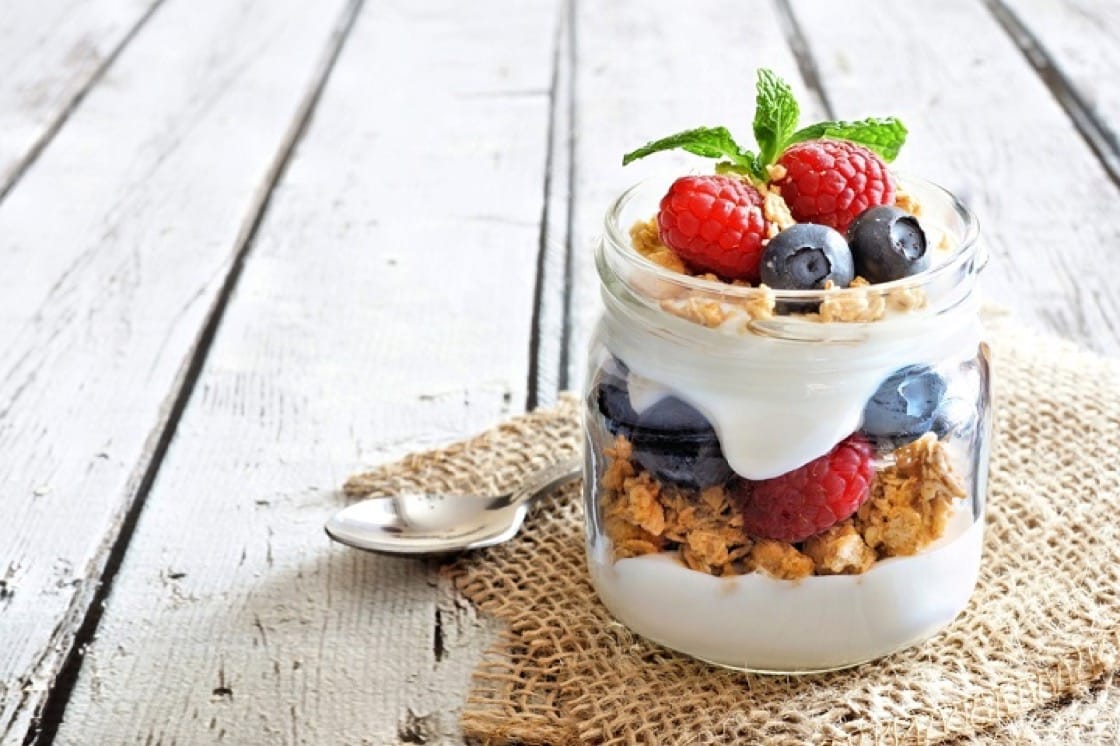 Another hydrating powerhouse, yoghurt consists of 80 to 85% water.

The nomads from 4,500 years ago wouldn’t have predicted that their accidental invention would become a superfood of our times. Yoghurt’s function is far from limited to digestion. It has 80 to 85% water to keep you powerfully hydrated against the summer heat. High contents of sodium and potassium are another key attribute. They work together to replenish the electrolytes you lose through sweating. That just gives you more reason to have a cup of chilled yoghurt with fruit during steaming hot weather.

RELATED: Kombucha: The March To Mainstream

Behind The Bib Bib Gourmand wellness
Dining In 1 minute