Just a few weeks before unveiling the 2018 MICHELIN Guide France, Michelin is delighted to unveil the new Bib Gourmand selection—the inspectors’ favorite establishments chosen for their good value for money. 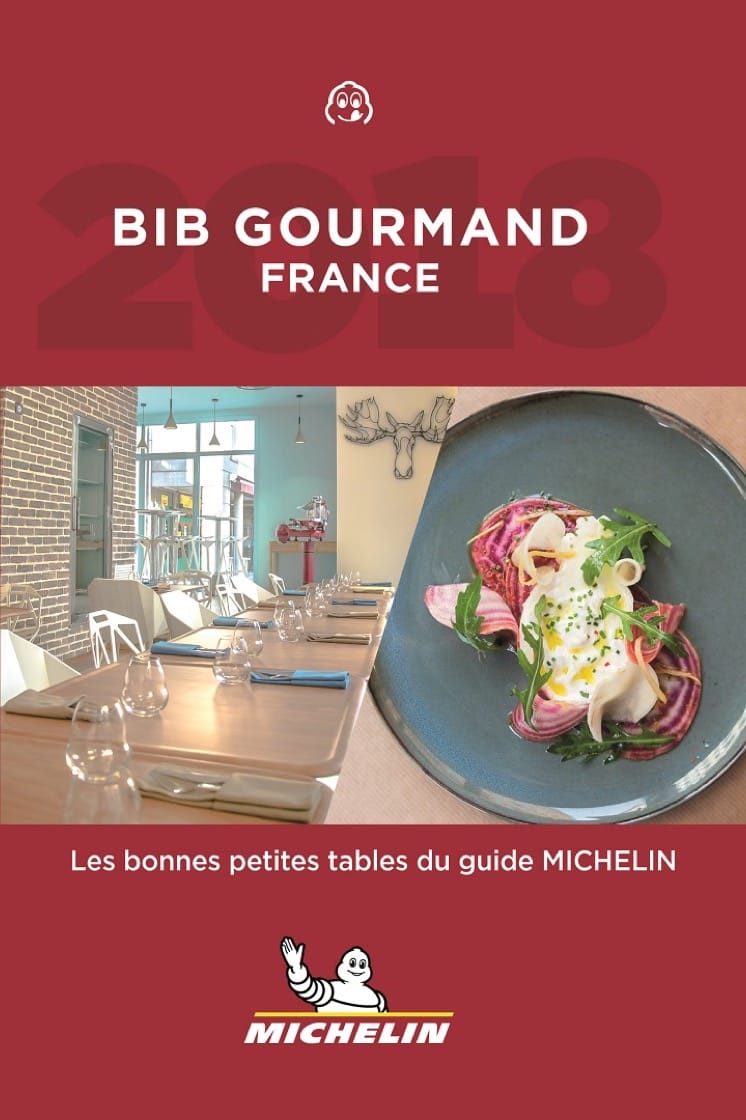 This year, 644 restaurants have been distinguished, including 105 new ones studded throughout every region of France. With it's exceptionally rich terroir, culture of eating well and the know-how of it's chefs handed down from generation to generation, France has more Bib Gourmand restaurants than any other country in the world. "While criss-crossing the country, our inspectors have once again noted an increase—everywhere in France—of these small restaurants with short menus promoting simple cuisine and using fresh and seasonal, high-quality produce, all reasonably-priced," says Michael Ellis, International Director of MICHELIN Guides.

Although there are Bib Gourmand restaurants all over France, some areas are particularly dynamic, like the Auvergne-Rhône-Alpes region, which has a total of 114 restaurants—16 new—awarded with a Bib Gourmand. These include La Flèche d'Argent in Royat near Clermont-Ferrand; La Maniguette in Chambéry, where the chef Christophe Rochard, who notably trained at Troisgros, is supported in the dining room by his wife Audrey; and Maison Gambert, set inside a restored farm at the Tain-l'Hermitage vineyards.

The Ile-de-France, which includes the country's capital, is the second largest region in terms of the number of Bib Gourmand establishments—75, 16 of which are new. Etsi, in the 18th arrondissement in Paris where chef Mikaela Liaroutsos serves food with Greek influences; Kisin in the heart of Paris's 8th arrondissement offers Japanese cuisine specializing in udon noodles; Origins14, the new restaurant of the young British chef Ollie Clarke who has taken over the former La Régalade; and Saperlipopette!, the restaurant run by chefNorbert Tarayre in Puteaux. With three Bib Gourmand restaurants this year—Les Canailles Ménilmontant, Le Desnoyez and Le Jourdain—the 20th arrondissement is one of the capital’s most innovative neighborhoods.

With 72 Bib Gourmand restaurants, Occitanie completes the trio of the most dynamic regions of France. Twelve new restaurants have been included this year: Disini in Montpellier, where the talented chef Delphine Borrewater offers refined gourmet cuisine; Chez John in Ambres, run by the English chef John Curtis; and Le Carré de l'Ange in Ariège near Saint-Girons.

Among the new restaurants selected in 2018, some have been opened by chefs that already have one or more stars and wish to complete their range by offering high quality, yet simple and affordable cuisine. This is the case at Le Jardin des Crayères in Reims supervised by chef Philippe Mille; Le Bistrot, in Bonnétage (Franche-Comté), chef Jacques Barnachon’s second restaurant; Le Bistrot du 11 in Versailles created by chef Jean-Baptiste Lavergne-Morazzani; Le Cottage at Chonas l'Amballan near Vienne run by chef Philippe Girardon, and Le Café des Artistes in Ville d'Avray, the casual bistro by chef Rémi Chambard at Les Etangs de Corot.

Established in 1997, the Bib Gourmand rewards restaurants that feature a high quality menu that is reasonably priced. These establishments offer a full meal (starter, main course and dessert) for a maximum of €33 in the provinces and €37 in Paris.