Dessert always plays a pivotal role in determining how a meal would be remembered. We explored how Chinese desserts evolved over the last decades as several leading Chinese chefs in town shared their favourites.

As a nation with millennia of history, many foods in China have their origins rooted in antiquity, and sugar is no exception. It was first documented in the 4th century BC by poet Qu Yuan. Wang Yi from the Eastern Han Dynasty later elaborated on how people extracted juice from sugar cane as a seasoning and drink.

Being a tropical plant, however, sugar cane was a rare commodity in Mainland China. Therefore, sugar making wasn’t a prosperous business in the country, and sugar itself was an ingredient reserved for those on high social standings. The situation didn’t change until the Tang Dynasty, when the advanced technique of sugar making was imported from India. It was then that sweetness started to break into in Chinese cuisine.

In Southern China, sweet soup has been a major form of dessert for a long time. “Cool liquid”, first appearing in Southern Song Dynasty, was believed to be the prototype of contemporary sweet soup. A literary text of that time noted the available types of “cool liquid” include sweet bean soup, coconut wine, ginger honey water, papaya juice and more. Some of those names evoke an impression of the sweet soups we consume nowadays.

With the diners’ escalating expectation towards food quality and influence from Western cuisine, Chinese dessert has undergone a massive transformation yet again. The chef’s creative touches stretched from improving traditional dessert recipes, to deconstructing foreign classics and adding recognisable elements in Chinese food. We interviewed four chefs, who are reputed for turning out admirable pastries, on the vital qualities of a good dessert. 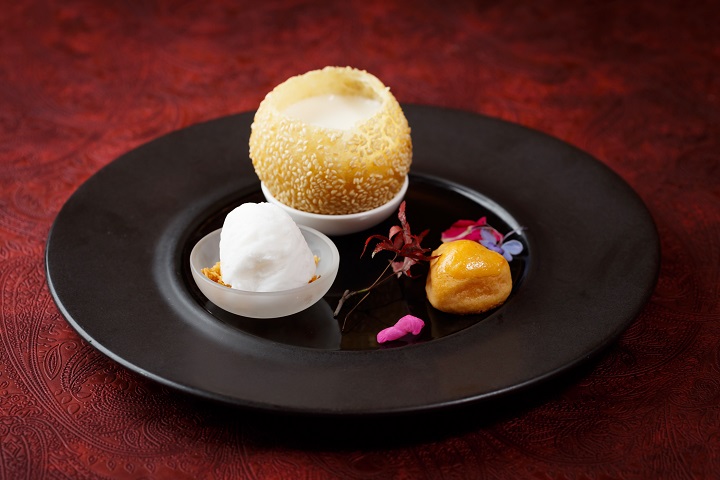 The executive chef at Shang Palace believes dessert’s technicality makes it a fundamental part of the skill-focused Chinese cuisine.

“There’s a huge variety in Chinese dessert. It reflects different forms of craftsmanship and techniques in cooking. From the design of appearance to ingredient combination, the thought dedicated to a dessert dish is comparable to any other course,” he said. He likes fried sesame ball particularly because of how versatile it can be. “You can add so many fillings into it, regardless of their texture or sweetness level. Its small size also contributes to the exquisite look it’s known for.”

Mok keeps a pool of creative ideas in his mind. Thanks to the inspiration from other countries, he launches new works that surprise epicures every year.

“I constant push myself to come up with new dessert concepts. I do this through observing what’s trending in foreign countries, and picking ingredients and looks which work in my kitchen,” he said. 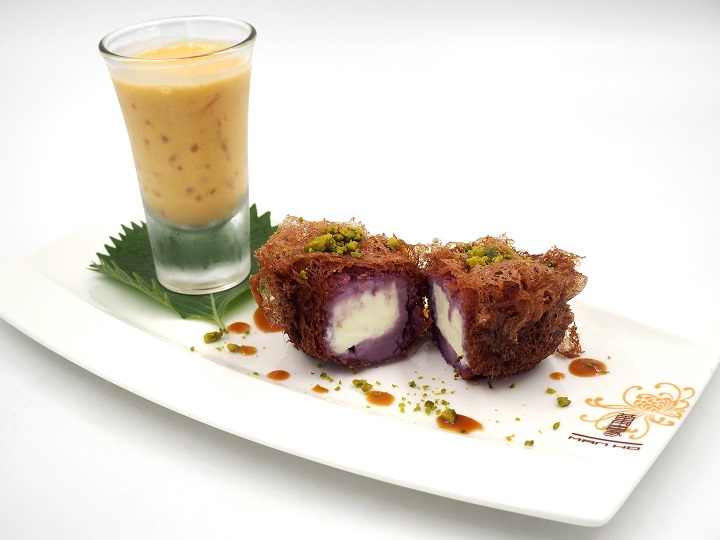 Traditional Chinese dessert prioritises substance over appearance. The lack of a show-stopping look, in the opinion of Man Ho Chinese Restaurant’s executive chef Jayson Tang, is the reason that it sometimes fails to register vividly on diners’ mind. For those which stand the test of time, like almond tea with egg white, sesame sweet soup and mango pomelo sago, all enjoy the undying loyalty from their fans. As for Tang, his favourite desserts are the ones that make wonders on texture.

“My favourites are walnut sweet soup and Sachima for pastry. I love how the velvety texture of walnut sweet soup is matched by a deep flavour profile. There’s also a strong aftertaste reminiscent of coffee. The layering of the Sachima pieces makes for a very complicated dessert. Every mouthful is soft and flurry but rich. More importantly, Sachima is a dessert I had very often in childhood. It’s filled with memories,” Tang said.

“The fried milk pastry blends the features of fried taro dumpling and fried milk, two traditional dim sum items. I added salted caramel to make the sweetness stand out even more, with the purple sweet potato introducing bright colours for a stunning visual impact. The rose sweet soup is my take of coconut sago sweet soup. To bring some crunch to the dish, I put in some raspberry crisps. The addition of rose powder gives the final product an elegant fragrance,” he noted. 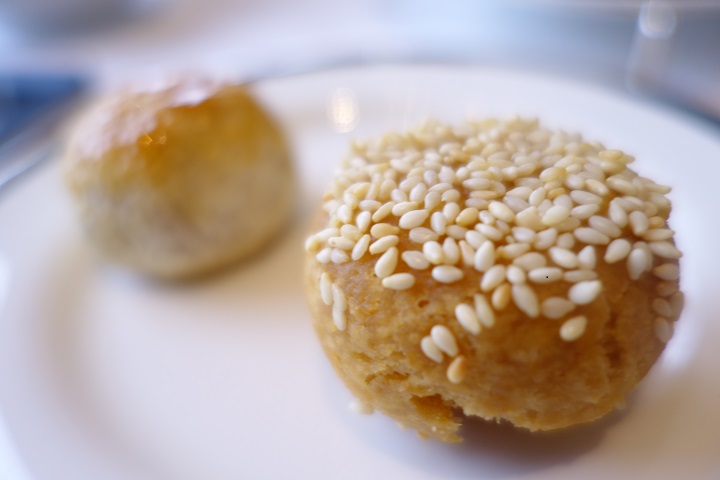 Nostalgia is perhaps the best seasoning for any dish – Chan, chef de cuisine from One Harbour Road also picked something familiar in his childhood days as the dessert he likes the most.

“My family ran a business selling eggs when I was young, so we often made coix seed, tofu skin and egg sweet soup with the fresh eggs at our shop. It’s truly my favourite. I still go to dessert shops frequently to have a bowl of that,” Chan said. He thought that due to the change of philosophy and preparation method, the status of Chinese dessert has gone up considerably.

“Dessert was less of a highlight in Chinese cuisine in the past. Tradition dictated there was little variety in this department. In the modern era, exposure to Western dining cultivates a habit to complete a meal with a dessert. So Chinese desserts follow, expanding on the range of ingredients and ways of presentation.”

Take the desserts at One Harbour Road as an example, Chan strikes to find the sweet spot between tradition and invention.

“The original pastries here, like the ones with winter melon paste or red fermented bean curd, have always been popular. But I missed the guava-flavoured soft drink in paper box for its unique aroma, and longed to create a dessert out of it. After multiple attempts, we’ve launched a sweet soup based on aloe vera and guava from Hong Kong and Taiwan. The new additions on our menu are mainly spin-offs of old recipes. We try to reintroduce the classics using seasonal produce, in order to showcase a harmony between old and new,” Chan said. 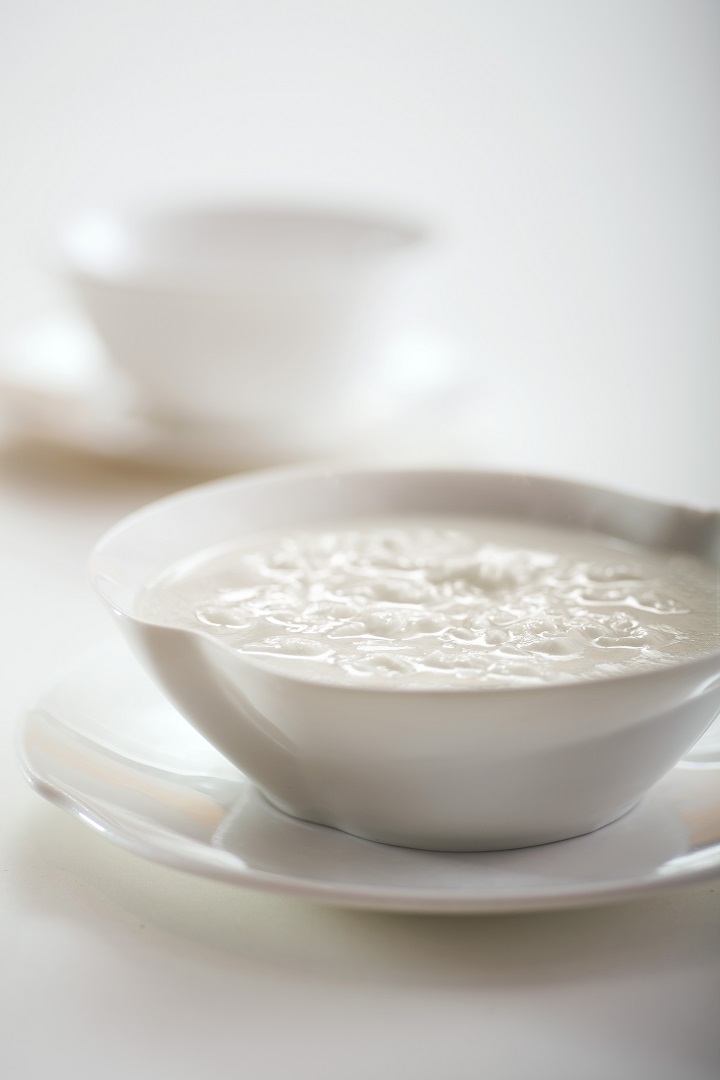 While the other chefs lock their favourites down to one or two desserts, Leung, the Chinese executive chef at InterContinental Grand Stanford Hong Kong, has his heart split among several time-honoured selections.

“There aren’t many other reasons than flavour when I fall in love with a dessert. One exception is the nostalgia factor in those I ate as a kid,” Leung said.

According to him, Chinese cuisine highlights hot dishes. Dim sum, siu mei and entrée are established to be the courses cooks pay the most attention to. In comparison, the dessert showed up at the end of a long banquet like a supporting character.

Chinese diners didn’t look for envelope-pushing options either, favouring instead items which abide to local customs. That sowed the seeds of the perception that Chinese dessert is cast aside with little variety available.

Though his signature creations verge more on the traditional side, he goes extra miles to ensure they’re made beautifully. Indeed, his almond tea with egg white, as well as sesame roll are backed by warm public review.

“To make an awesome bowl of almond tea with egg white, you need to have the right ratio of sweet and bitter almond, and extract the liquid from the almonds and rice using a stone grind. In the end, the egg white is added in two times to keep the sweet soup smooth and accentuate the almond notes. Regarding the sesame roll, I mix black and white sesame together for maximal aroma. Water chestnut powder helps strengthen the springy character, producing a dessert with immaculate taste and texture,” Leung explained.