How Chefs Cope With Food Allergies

Now more than ever, restaurants need to take precautions with food sensitivities. How do chefs respond to the challenge?

Food allergies have been the Achilles’ heel to many, and it has caught more and more victims over the past few years. Some who had never been affected suddenly find themselves reacting badly towards specific foods.

Naturally, the dietary problem of diners becomes a major concern for restaurants. We got in touch with Wing Lei’s executive chef Chan Tak Kwong, head chef from Gonpachi Fei Ngan and Peggy Chan, chef-owner of vegan restaurant Grassroots Pantry, for their insights on how the food and beverage industry tackles food allergy issues. The heartwarming stories emerging from there.

How many customers inform restaurants of their food allergies?

It differs from one restaurant to another. Regulars of vegetarian and vegan restaurants usually have a better sense of the conditions of their bodies. According to Peggy Chan, 50% of the patrons of Grassroots Pantry notified her about the different food allergies they had. It’s likely that diners suffering from those are more confident in vegetarian restaurants, as they believe the latter would be more careful to health-related issues.

At Gonpachi, Ngan noted 5% of his customers brought up food allergy-related requests. Most of them did so on behalf of their children. The source that caused the allergy ranged from seafood and dairy products, to alcohol and even seasonings, without an outlying type. Chan Tak Kwong said special arrangements about food allergies weren’t commonplace at Wing Lei. However, the restaurant menu clearly lists all ingredients used in every dish to keep the diners informed. 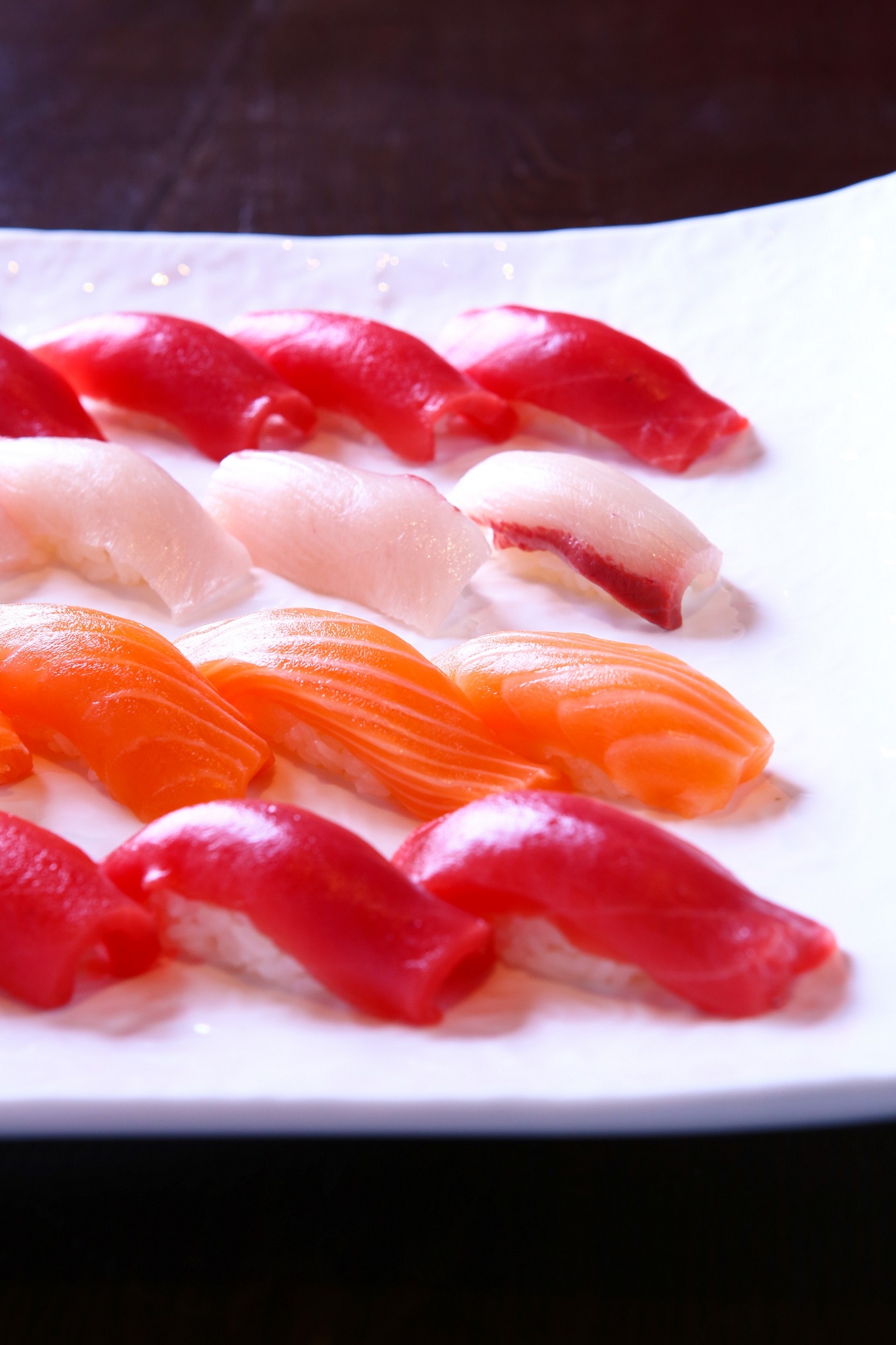 The mixed sushi platter prepared by Ngan at Gonpachi.
Have unexpected situations ever arisen?

As much precautionary measures as the chefs take, incidents happen. Peggy Chan had a client who hadn’t known she was mildly allergic to fermented food.

“Her stomach was bothered the whole night after eating a kimchi pancake and a coconut kefir drink”, she said. A similar situation also occurred to Ngan.

“A customer didn’t know he was allergic to alcohol. After a few sip of a cocktail, he got very itchy and his face turned bright red. Luckily, he got better after resting for around half an hour”, he noted. Events like this could easily been avoided had the restaurant receive advanced notice. Chan Tak Kwong once changed the ingredients for his hypersensitive patron.

“There was a customer who developed an allergy to seafood just recently. But he loved having dishes and soups that were rich in umami. Sometimes desperate circumstances give you inspiration: I remembered the king of mushrooms, fresh matsutake, and I made him matsutake soup, which put a satisfied smile on his face”, he said.

What were some of the more challenging moments?

Ngan once served a client asking for fully-cooked sushi. “I had seen people having all kinds of allergies. There were also customers who requested to have certain types of sushi which were meant to be seared on the surface to be cooked through. But less oily seafood like flounder and Botan shrimp would not taste good well done. We usually listen to the needs of the clients first and understand the ingredients causing their allergic reaction. If we can’t avoid using those ingredients in the dish, we would explain to them our concern and recommend other options on the menu”, he noted.

Peggy Chan had an experience being misunderstood by her patron.

“She ordered a dish that would cause serious allergic reaction to her body without reading the menu carefully. She got a bit upset as it was brought to her table. I think it all comes down to communication between the restaurant and the customers. For those with special dietary conditions, it would be helpful if we knew as soon as possible. If we have two days in advance to prepare, there’s basically no problem we can’t solve”, she pointed out. 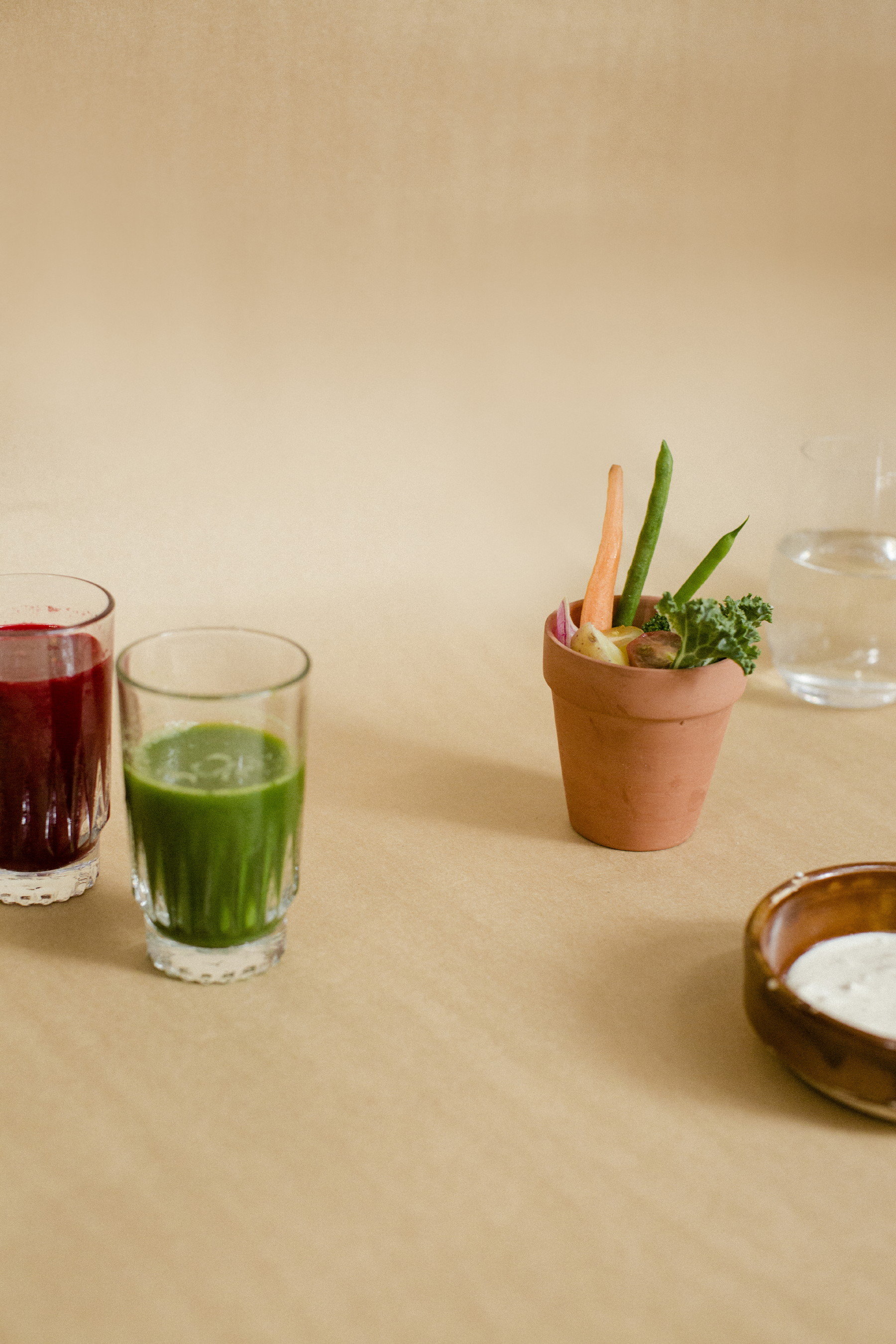 The newly launched bagna càuda at Grassroots Pantry. It complies with the rules of many special diets, such as raw food, veganism, gluten-free and Buddhism.
Were there times they had to go the extra mile?

Most soy sauces available at the market contain some forms of wheat. Ngan shared a related memorable episode.

“I had a customer who came and asked us to use wheat-free soy sauce. To make him comfortable to eat, we specially went to a high-end supermarket nearby to buy a bottle of Japanese wheat-free soy sauce. It made him very impressed. He has since become a regular of the restaurant,” he said. What if someone is hypersensitive towards flour, wheat, egg, nuts and butter, and that person speaks a foreign language? Chan Tak Kwong would also take one more step.

“Four years ago, three Japanese— pair of grandparents and their five-year-old grandson—visited us. They came because they trusted the rating of the MICHELIN Guide, but they had the allergies stated above and told us with a note written in Japanese. Fortunately, I worked in Japan before. To understand their needs even better, I asked the Japanese chef from Mizumi at our hotel to translate the note and talk to them. After some careful considerations, I decided to redesign the menu for them, so they could enjoy an authentic and delicious Cantonese meal. When they got back to Japan, they sent us a letter of gratitude for what we did,” he recalled.

As for Peggy Chan, she mentioned Grassroots Pantry as a vegan restaurant has always treated its ingredients with serious thought, and paid close attention to the conditions of the diners.

“Of course something interesting happened. I once made vegetable puree on the spot for a baby. At another instance, I gave a bowl of shiitake mushroom consommé from our staff meal to someone who suddenly had a craving for Chinese soups. We intentionally made our menu more flexible. The ingredients in most dishes can be altered easily and added at the last moment, so to adapt to different diners’ needs”, she said.
This article was written by Clarence Chan and translated by Vincent Leung. Click here to read the original version of this story.

trends 2019 restaurateur
All articles of Features