When you step into a restaurant today, the first thing the server passes to you is no longer the menu, but a bottle of hand sanitiser. In 2020, our day-to-day life has undergone drastic changes and so has the F&B industry, where wave after wave of challenges brought about by the pandemic throughout the year has tested the restaurants’ adaptability and resilience to a great extent.

On the last day of the year, we take a look back at how MICHELIN restaurants in Hong Kong have stood up to the test, and how these 5 trends have shaped the local dining scene in 2020. 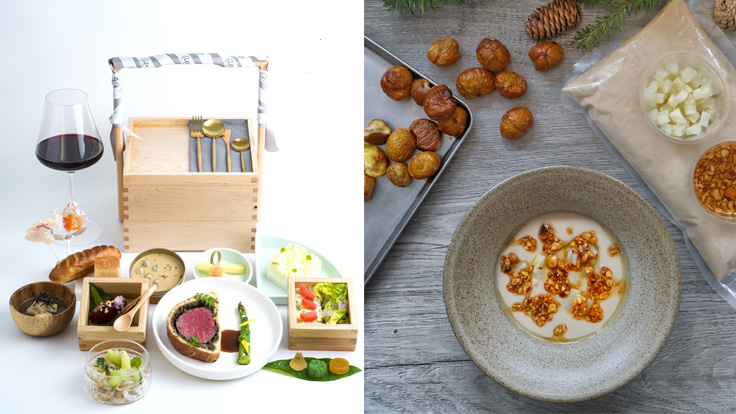 The imposition of dinner bans by the government and a reduction of the frequency of dining out by the virus-wary public have made takeaway and delivery services a necessity to many restaurants this year, as a measure to generate some income as well as to keep their teams in employment. There are numerous examples among them of the creativity and innovation that restaurants have come up with to bring their service to the next level, even in a home-dining context.

One-MICHELIN-starred Tate, for example, has broken the stereotype of takeaways as casual meals by supplying its takeaway dishes in a meticulously crafted wooden tiffin box that comes with a set of brushed brass cutlery. One-MICHELIN-starred Roganic, on the other hand, allows diners to recreate the best possible Simon Rogan restaurant experience at home with their meal kits just by following their reheating instructions.

Three-MICHELIN-starred Forum, too, has been extending their stellar service to the diner's door by having the restaurant staff, dressed in neat restaurant uniforms, to deliver the food personally to your door. MICHELIN-recommended Four Seasons Hotel Hong Kong has also launched a takeaway afternoon tea, in which the scone and petite cakes are placed on an elegant multi-tier cone-shaped box, allowing a decadent afternoon tea experience at home that was unimaginable before.

Across Hong Kong, restaurants are taking precautions in the past year to make sure their spaces are safe for staff as well as for diners. Some of the measures that were unthinkable before the pandemic have become a norm nowadays: temperature checks at the entrance, the ubiquitous provision of hand sanitisers, and face mask holders distributed to every table, and so on. As Hong Kong braves its current fourth wave of infections, the measures are, unfortunately, likely to stay with us for the foreseeable future.

However, there is always a silver lining. Many might have noticed some restaurants are giving out face mask holders that have been thoughtfully designed. At one-MICHELIN-starred L’Envol, diners will receive a mask envelope adorned with a slight brush of pink and gold to match the palette of the dining room. It’s also made of polypropylene and is recyclable. Over at one-MICHELIN-starred Ryota Kappou Modern, chef Ryota Kanesawa has not only designed a mask envelope inspired by Chinese calligraphy and pop art but he has also updated the design to bring out a Christmas mood during the festive season. With the extra mile that the chefs go, the envelope has become more than just a mask holder but a heartwarming touch and an unwitting souvenir of the times we live in. 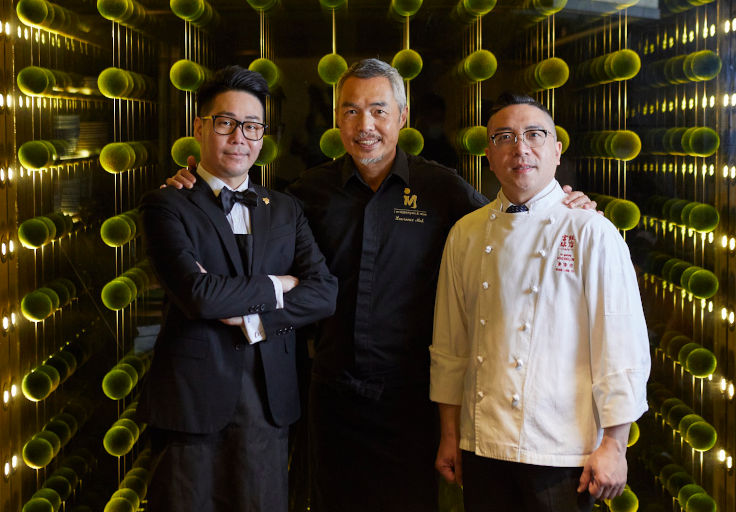 4. The rise of local four-hands collaborations

The pandemic has put a halt to global travelling as well as to the collaborations between local and visiting international chefs, which was a frequent phenomenon in Hong Kong before COVID struck. Yet, as one door closes, another one opens: the loss of the opportunity has been replaced with a strengthened camaraderie and cooperation local chefs to continue delivering new experiences to diners. 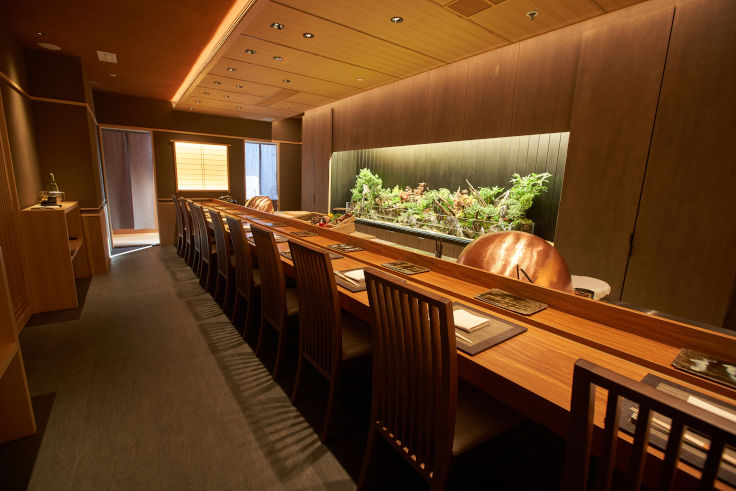 Even though it has been a tough year for the F&B industry, the chefs of MICHELIN-recommended restaurants are still going strong and have been rolling out new projects over the past year. The latest example is the opening of Date by Tate, a retail store located one floor below one-MICHELIN-starred Tate, which features homeware and lifestyle accessories such as scented candles, all handpicked by Tate chef Vicky Lau. Chef Vicky Cheng of one-MICHELIN-starred Vea is also transforming the restaurant's lounge on the 29th floor of the same building into a brand new Chinese fine-dining restaurant expected to open in January 2021.