Friday 20th May marks World Bee Day – a global celebration of bees and the role they play within our ecosystem. The date was chosen to coincide with the birth date of Slovenian beekeeper Anton Janša, one of the pioneers of modern beekeeping.

The UK is home to over 250 species of bee, and they differ in their appearance, behaviour, pollination habits and habitat. The two most common are the bumblebee (round and fuzzy) and the honeybee (smaller and thinner, with a clear distinction between the head and abdomen); so, be careful if you’re swatting at what you think is a wasp, as it may well be a honeybee – which, unlike the bumblebee, can only sting once before it dies! 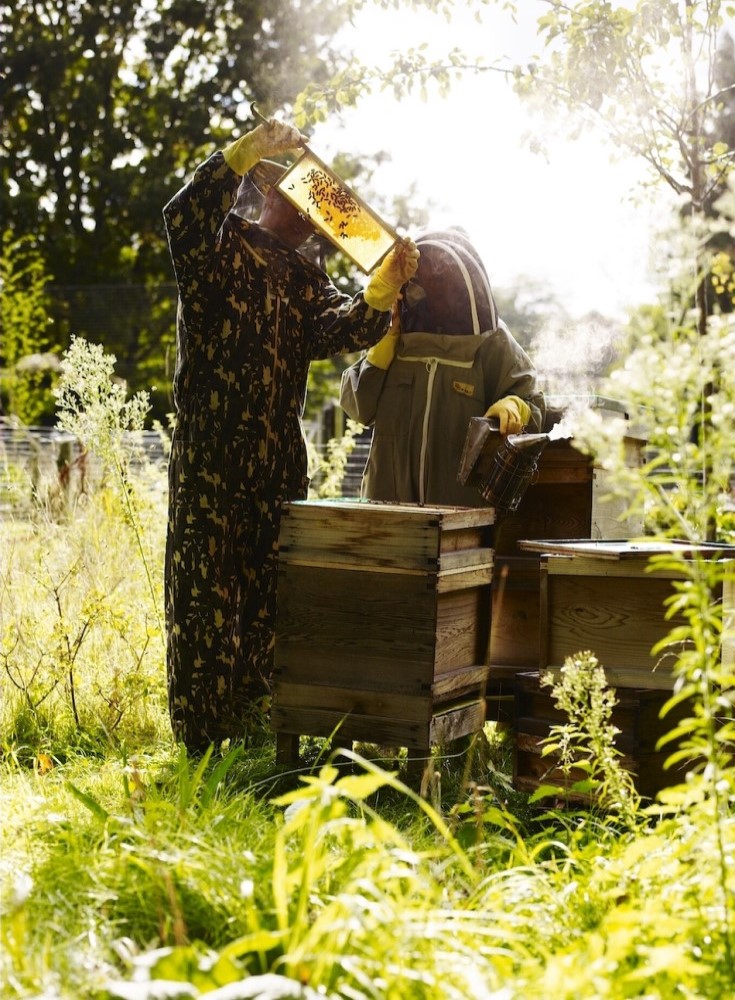 Honeybees are hyper-social honey-producers who live alongside tens of thousands of their fellow bees in hives located in hollow trees or in man-made structures in domesticated colonies. Bumblebees, meanwhile, live in wild nests with a few hundred fellow bees – they are better pollinators but produce only enough honey for consumption within their nest.

Scientific studies have shown a decline in bee populations over the years due to global warming, habitat loss, monocrop agriculture and the use of pesticides. As one of the major pollinators, bees are a vital part of the world’s ecosystem: they promote biodiversity, ensure food security and significantly contribute to the mitigation of climate change. Not only do they play their part in environmental conservation but in providing food, preventing hunger and supporting the global economy.

As awareness of these impacts have been brought to the fore in recent years, it has become increasingly obvious that we must all work together to protect bees’ habitats and ensure their survival. Put quite simply, without bees, there would be no life! 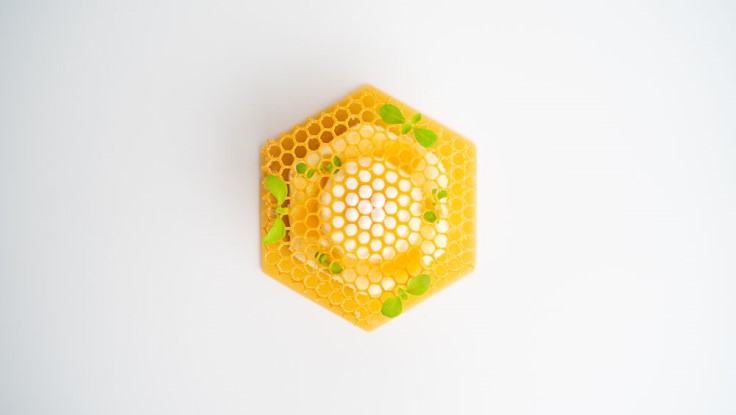 A Dessert Using Honey from CORE by Clare Smyth

Many Michelin Green Star restaurants have incorporated beekeeping into their daily activities. We caught up with Cal Byerley of Pine in East Wallhouses to see what he’s been up to…

“Arguably, the most important step we have taken is to introduce a colony of native black honeybees to our farm. Our ecosystem relies so heavily on bees it would be irresponsible of us not to protect what is invaluable to how our food is produced. Not only are they a natural pollinator for our plants and trees, but the abundance of bees is a crucial indicator for the health of the wider environment as a whole. This is why we are dedicating a large part of our garden to house multiple colonies over the coming years.
We have spoken to local farmers too and are happy many are cutting their agrochemical use. My family, as well as many other local farmers, are introducing wildflower conservation headlands which help bees and other wildlife.
As a growable souvenir and talking point with our guests, from Spring we will be introducing homemade recycled paper menus containing wildflower seeds. By encouraging them to take home our menu, which can be planted at home, they too can do their bit for the bees.” 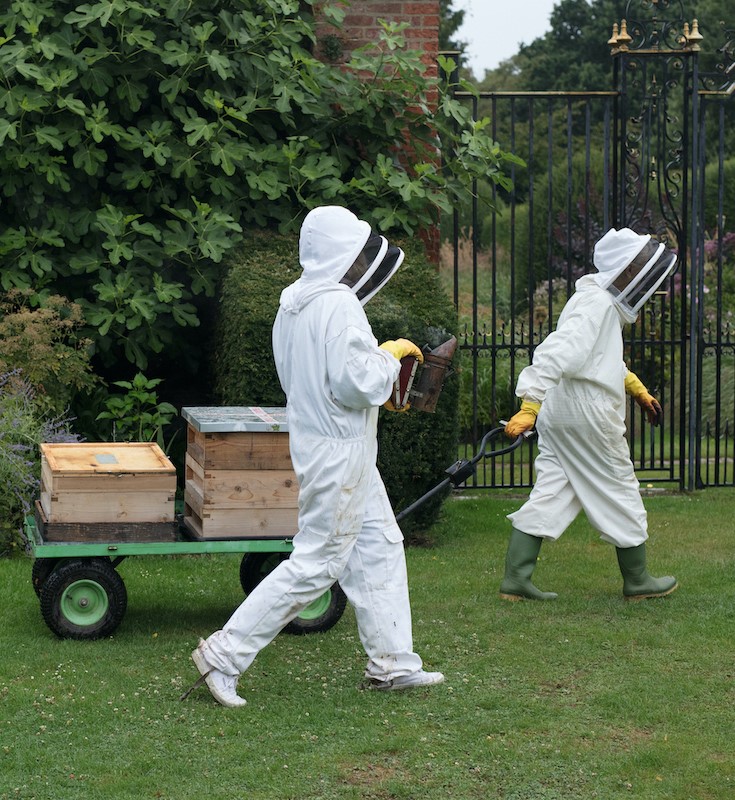 Other restaurants getting involved with beekeeping include:

Coombeshead Farm, Lewannick
Honey is harvested from their own hives.

Inis Meáin Restaurant & Suites, Inishmaan
Partnering with a Connemara bee group, they have set up our own beehives using a native endangered bee variety.

L'Enclume, Cartmel
Bees help create a closed-loop system on their 12 acre farm in the Cartmel Valley, and their honey is used in the restaurant.

Moor Hall, Aughton
They have 4 beehives and are looking to expand their wildflower meadow to further support bee conservation. This also helps fertilise the produce they grow.

Petersham Nurseries Café, London
They have 7 on-site beehives. Each mature colony can produce around 45 kilos of honey and honeycomb a year, which they use in the café.

Restaurant Sat Bains, Nottingham
They have 2 beehives that can produce up to 60 litres of wild, unpasteurised honey for the restaurant.

The Dining Room, Malmesbury
A local beekeeper farms 4 hives located in the grounds.

The Small Holding, Kilndown
They have set up a wildflower meadow to help the bees they keep on their on-site farm.